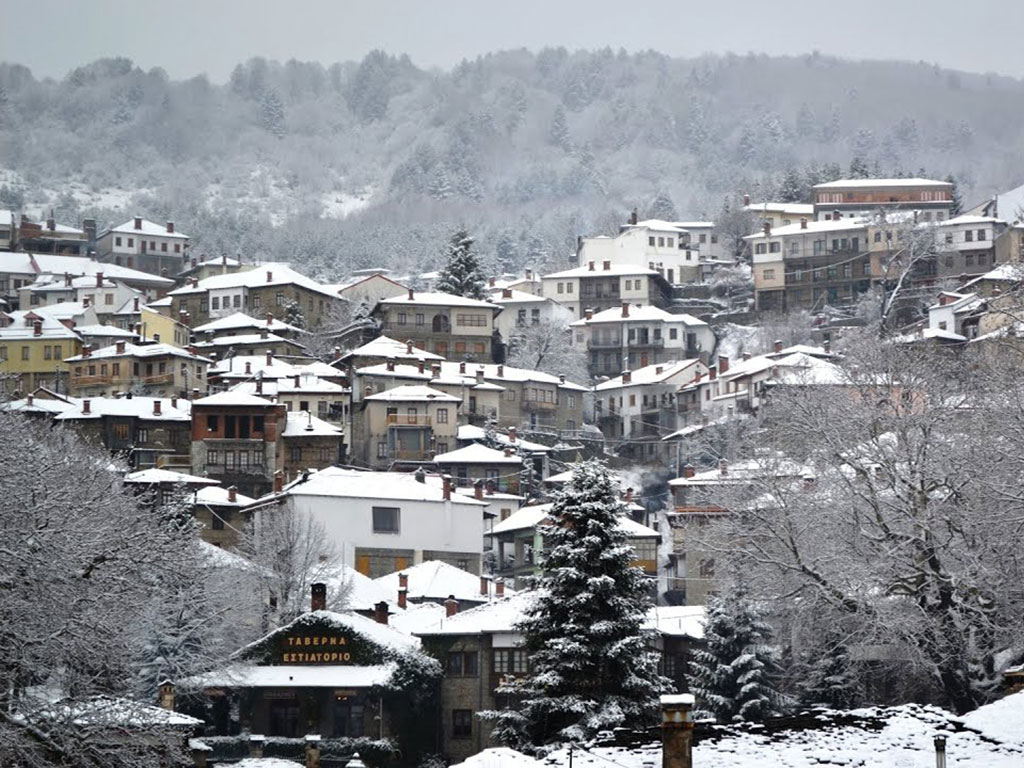 Metsovo is a town in Epirus, in the mountains of Pindus in northern Greece, between Ioannina to the west and Meteora to the east.
The largest centre of Aromanian (Vlach) life in Greece, Metsovo is a large regional hub for several small villages and settlements in the Pindus region, and it features many shops, schools, offices, services, museums, and galleries.
The economy of Metsovo is dominated by agriculture and tourism, the latter of which flourishes in winter. Metsovo is served by Greek National Road 6 (Ioannina – Trikala) and by the Egnatia Odos motorway.
The derivation of the name Metsovo, from the words Mitsous and Mesovounon or from the unattested Slav word *Mẹčovo, meaning bear-place, which has been proposed by academics and historians, is not confirmed by linguistic research. On the contrary, there appears to be an etymological relation between the Vlach Minʤu and the Greek Metsovo, the latter being a combination of the stem Mets and the Slavic-ending ovo.
The town is famous for its local cheeses (Metsovone and Metsovela) and for its winemaking industries, including the Katógi vineyard of the Averoff family.
History
In the 15th century Metsovo came under Ottoman rule and became part of the Sanjak of Ioannina. Throughout the late period of Ottoman rule (18th century-1913) the Greek and Aromanian population of the region (Northern Pindus) suffered from Albanian raiders. On one occasion, during the local Greek revolt of 1854, the town was plundered by both Ottoman troops and the men of Theodoros Grivas, a former general in the Greek military, during their struggle for control of the town.
During the First Balkan War, Metsovo was burnt by raiding bands. In the last 10 days of October 1912, military volunteers from Crete, together with about 340 soldiers of the tactical Greek army under the command of Lieutenant Colonel Mitsas, advanced through Thessaly to the then Greek-Turkish border along the mountains east of Metsovo.
On October 31, 1912, the Greek troops assisted by rebel groups from Epirus and volunteers from Metsovo, having crossed the Katara-Zygos mountain ridge overnight, attacked the Turkish garrison of Metsovo, which then comprised 205 soldiers and two cannons.
The battle lasted until 4 p.m. when the Ottoman soldiers inside the besieged Turkish garrison raised a white flag and surrendered.
Metsovo is the birthplace of great Greek and great national benefactors, such as George Averoff, Nikolaos Stournaris, Eleni Tositsa and Michael Tositsas. These persons contributed to the establishment of the National Technical University of Athens.
Sights
1. The Tsanaka Folklore Museum
2. The E. Averoff Gallery
3. The Folklore Museum of Metsovo
4. The Averof Garden
5. The fountains of Metsovo
6. The Museum of Hydrokinisis
7. The Gina Watermill
8. The Monastery of Agios Nikolaos
9. The Church of Agios Georgios
10. The Holy Monastery of the Assumption of the Virgin Mary
11. The Monastery of Zoodochou Pigi
12. The Holy Monastery of the Assumption of the Virgin Mary Chrysovitsa
13. The River of Metsovo
14. The Pindos National Park (Valia Calda)
15. Aoos Springs Lake
16. The village of Vovousa
View 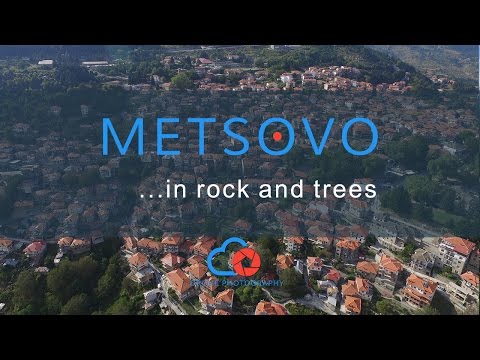