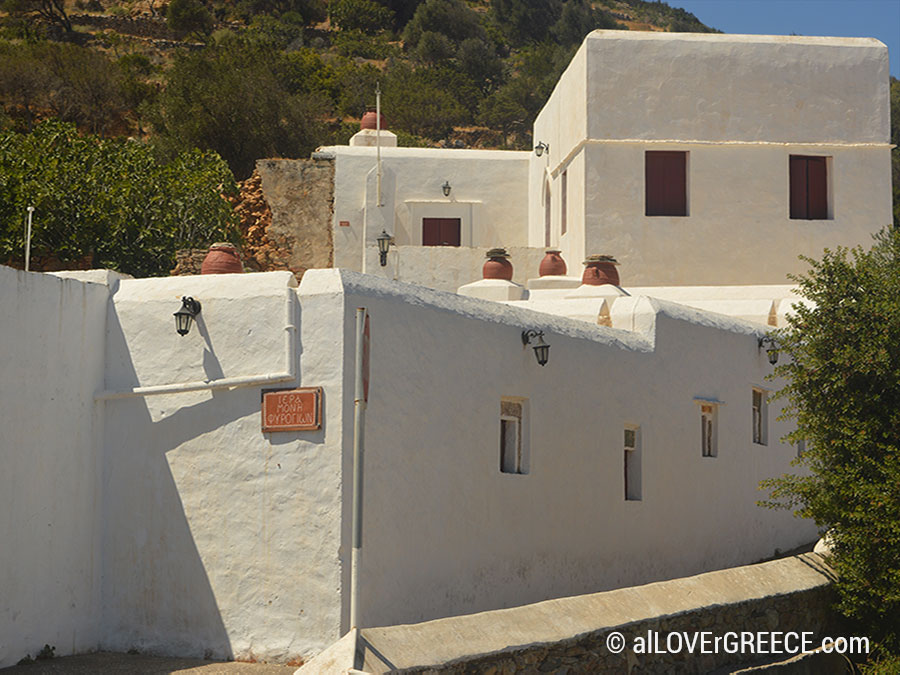 It is one of the most important monasteries of Sifnos from a historical and architectural point of view, and is located to the south of the village of Katavati, near Exambella and Apollonia.

It is dedicated to the Virgin Mary and is also known as the monastery of Panagia Fyrogion. Built in the 16th century, it is a religious and cultural heritage of the island.

The monastery was restored in the 1970s by the Hellenic Society for the Environment and Culture, giving Greece the Europa Nostra Cultural Heritage Award.

In recent years the Monastery has been used to organize various cultural events.

Each summer a ceramic exhibition is organized in the renovated cells of the monastery by the Association of Potters of Sifnos.

From 2011 the Small Museum of Modern Pottery is housed in the monastery.

Monastery of Panagia of Mountain

Monastery of Profiti Ilia of Psilos