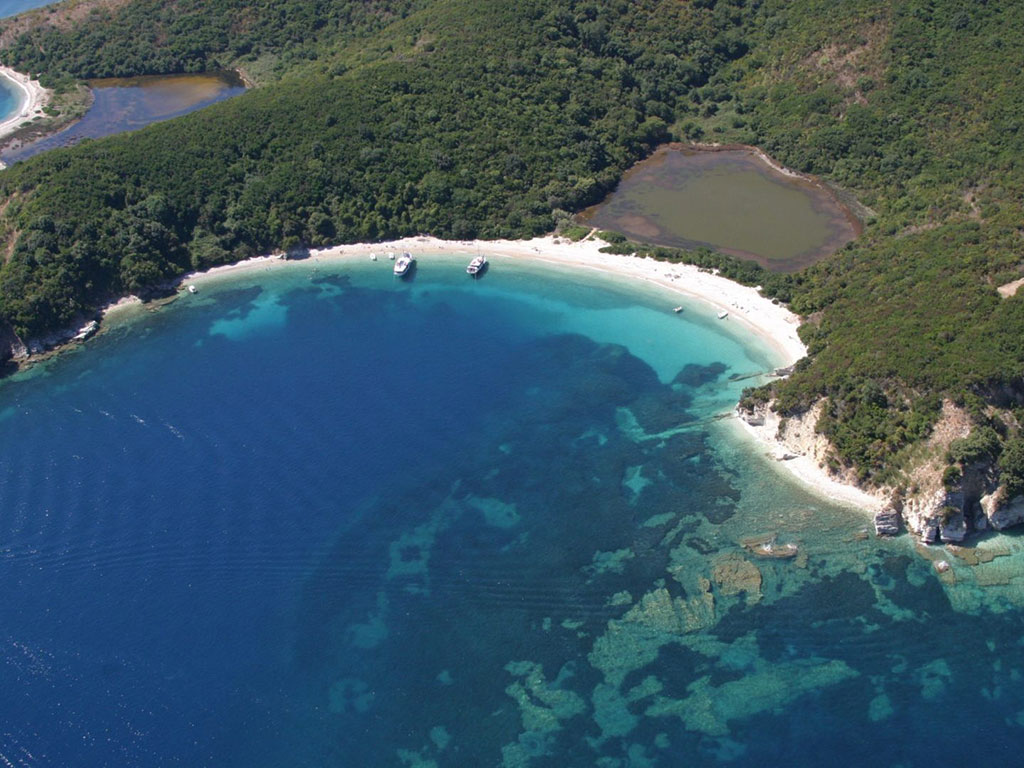 A verdant paradise with deep blue waters, a labyrinthine coastline where, beaches, coves, capes and three lakes are formed that make it a significant wetland, called Erimitis which is located between Agios Stefanos in Sinies and the beach of Avlaki, in the north-eastern part of the island. The position of Erimitis, right across the Albanian shores, exactly in the northern strait of the island, prevented any development or activity in the region which was used by the Venetians for defensive reasons. In order to eliminate hazards to ships passing through the strait, during the English occupation, in the islet Kapareli a lighthouse of a height of 9 meters was built, the second oldest of Corfu. The oldest lighthouse is the one of the Old Fortress.

Erimitis includes a continuation of six beaches, a complex of three lakes (Vromolimni, Akoli , Savoura) and is a shelter for a number of rare birds and animals, such as otter. Along with the Lagoon of Antiniotis[Θ7] in the west and the wetland of Vouthrotos (Butrint) in the opposite Albanian shores, they constitute a single wetland system of great ecological value. Erimitis has remained intact from tourism as it is only accessible on foot through paths or by boat from the sea.