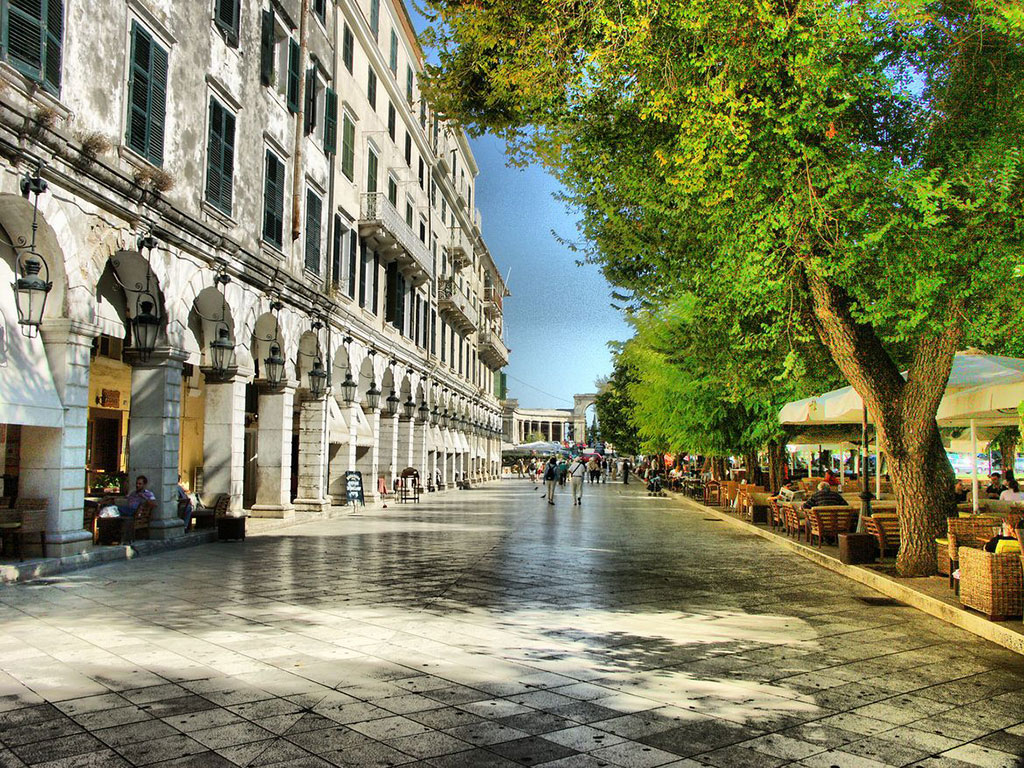 The Liston in Corfu began to be built during the first decade of the 19th century and its construction lasted several decades. Designed by the French mechanic Mathieu de Lesseps and implemented with the assistance of the Greek engineer Ioannis Parmezan, the design follows that of rue di Rivoli, in Paris. It is an excellent example of architecture from the Napoleonic period, when Corfu was part of the First French Empire.

The Liston is a complex of buildings with arched ground-floor galleries facing the Esplanade. Today, the arcades of Liston host a plethora of cafes, restaurant and craft shops. The rest of the floors were added later and for a period of time hosted a hotel, where eminent personalities from Greece and abroad have been stayed. Those floors are now home to residences and offices.

The Liston is the heart of the social life of the town. A meeting point for locals and visitors and the street from which many philharmonic orchestras and litanies pass through, during Easter. It is also the spot where the custom of throwing old jugs on Easter’s eve morning, takes place. Its impressive architecture makes it one of the most important sights on the island. Around it, there are many sights worth visiting such as, the Palace of St. Michael and St. George, the Museum of Asian Art, the Old Fortress and the Holy Church of Agios Spyridon.