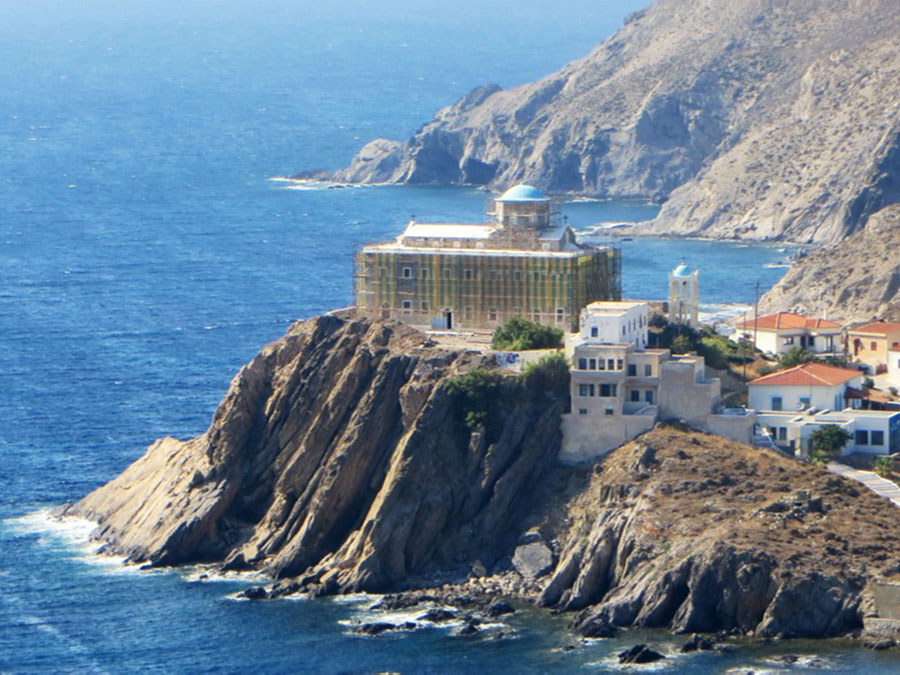 Church of Agios Nikolaos of Psara

The church of Agios Nikolaos (St. Nicholas), the patron of all sailors, sits on the top of a rock, on the west side of the capital of the island of Psara. This glorious church that Admiral Kanaris visited before his heroic naval battles, is very big (28m length, 14m width, 24m height). Its construction started in 1785 and it was completed in 1793, year of the birth of captain Kanaris. Its marbles were transferred by the people of Psara from neighboring islands and faraway cities (Malta, Marseille). Its main characteristc is the rock of Thymiana in the symmetrical cuboid building.

Visitors can focus on the architecture of the church, a Greek architecture based on columns combined with an oriental domed basilica. In 1824 it was destroyed and the icons, the chandeliers and the candles were pillaged. However, in 1864, after the return of the locals back to Psara, it was renovated. From 67 windows and 8 doors that had in the past, only 51 windows and 7 doors survive nowadays. The Gospel has also been survived.

Church of the Transfiguration of Mary of Psara