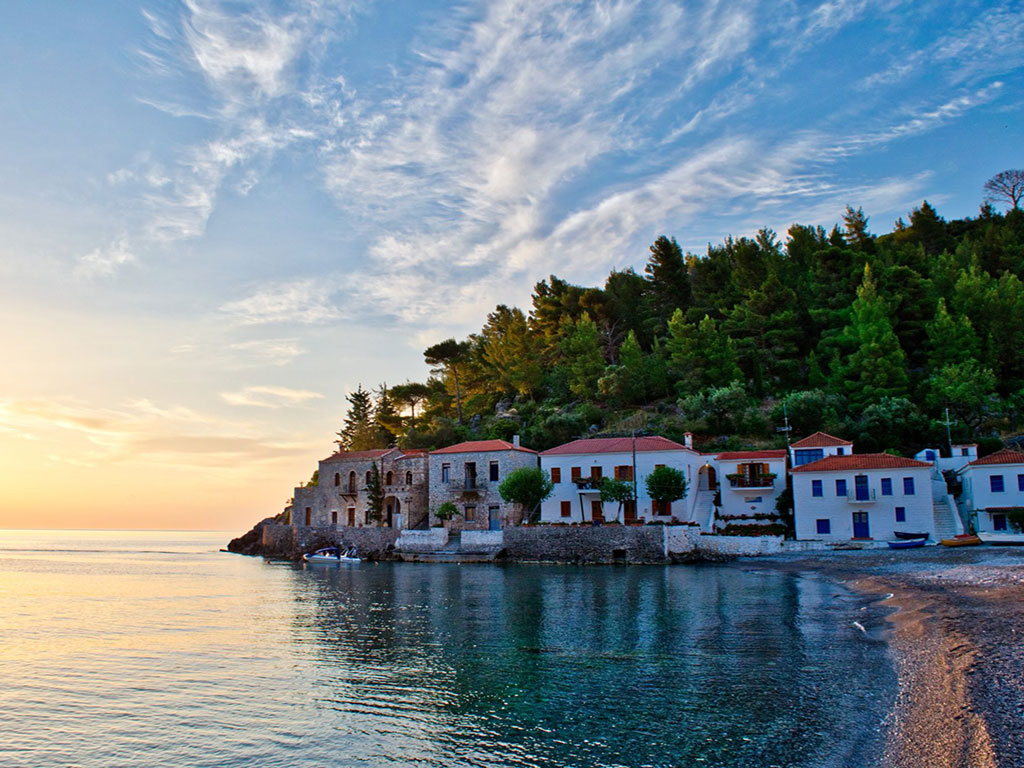 Kyparissi is a traditional, picturesque village, in northeastern Laconia, squashed between the slopes of Mountain Parnonas and the shores of Myrtoan Sea. The village is far away from cities and towns, enjoying the tranquility of the beautiful landscape that surrounds it. Traditional white houses with nice gardens, narrow alleys and 3 beautiful beaches, compose a magical scenery. Hidden behind huge rocks and deep gorges, it is the ideal destination for rest and relaxation.

Kyparissi is actually three villages. Vrissi is the first village you come to, the highest of the three on the slopes of the mountain range that surrounds the valley with the dense vegetation of pines and cypresses. Vrissi is not visible from the sea. It was built that way in order to be hidden from the pirates that raided the coast. The other two settlements are Paralia with its houses literally touching the sea and Mitropolis. Paralia with its restored white houses built by the sea, strongly resembles to an Aegean island. Mitropolis has lost its architectural identity in the recent years due to intense construction activity, a result of tourism development.

There are three beaches, a small beach to the right of the dock and a larger one to the left of town that stretches perhaps a quarter of a mile and separates Paralia from the third of the three villages, Metropolis. The third one, Agia Kyriaki beach is just 3 klm from the center of the village. All of them have small pebbles and crystal-clear turquoise waters.

Kyparissi has a long history. The wider area has been inhabited since ancient times. In ancient times, it was called "Kyfanta" and was a well-known therapy center. The patients were bathing in bathtubs curved on the rocks, filled with hot water from the nearby thermal spring. The new village is likely to have been built on the ruins of the ancient city of Kyfanta.

It is worth visiting the ruins of the ancient city at Palaiochora, the remains of the Byzantine castle at Kastelli and the beautiful churches of Koimisis Theotokou (built in 1893) and Agia Triada (Holy Trinity built in 1833).

It is the ideal place for hiking as there are numerous trails that lead to small churches, hidden springs, remote beaches, caves, forests and of course the abandoned village of Kapsala. There are also climbing routes near the village.

Kyparissi is the place that if you know about it, you only tell your closest friends because you are afraid of spoiling it. But really it would be a hard place to spoil just because of the difficulties in getting here. It is the favorite destination of George H Bush, Prince Charles and may have been the last place Princess Diana visited before her ill-fated trip to Paris.

Until the 1970s there was no road leading to the village and the main way of communicating with the mainland was by the sea. Now there are two ways to reach Kyparissi, one following the route Molai – Kyparissi and the other through the village of Agios Dimitrios. Both roads are quite difficult with many turns and narrow points. 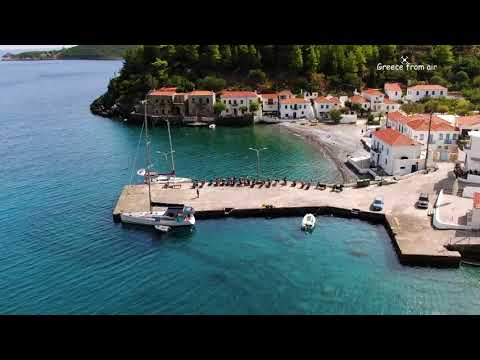