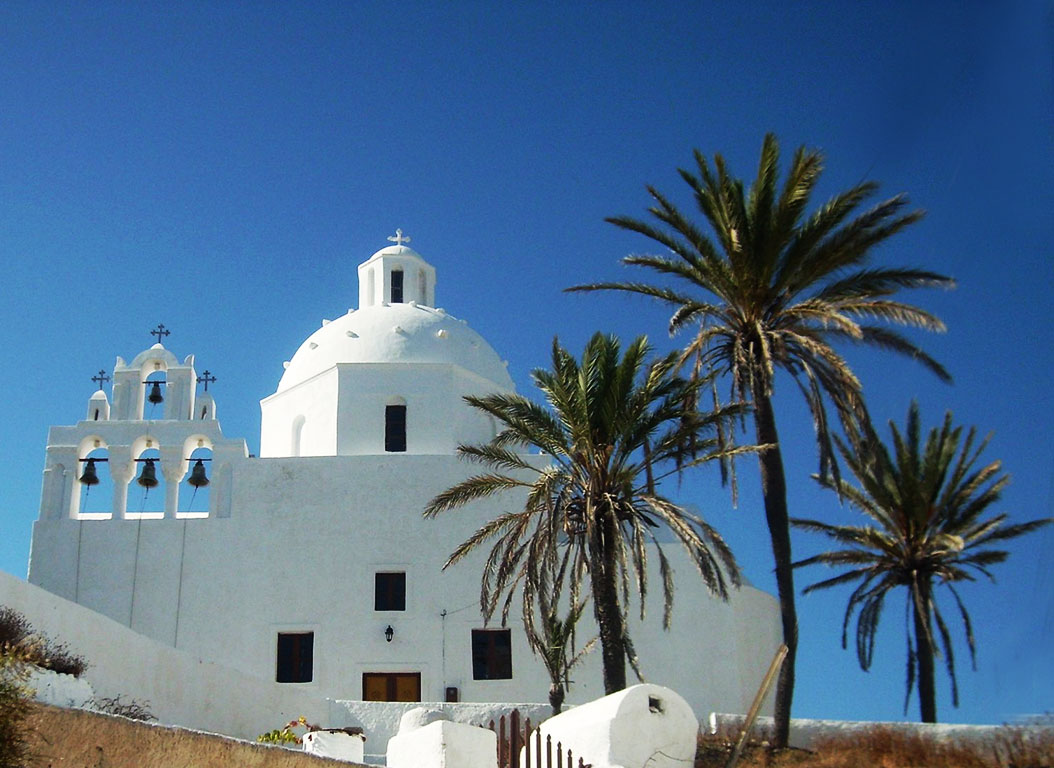 Karterados village lies almost at the center of Santorini, approximately 1.5 km southeast of Fira. It is a scenic village built in a ravine, overlooking a long green valley with vineyards and the east shores of the island. It's architecrure is quite interesting, as there are many cave houses built into the rock face. Wandering along the quaint, paved paths you will see many of these houses built in the gorge. Many of them were destroyed by the 1956 earthquake, only to be restored later. The name of the village comes from the Greek word 'karteri' meaning ambush point, probably because ambushes were set up there to trap pirates.

Its existence dates back to the 17th century but the village flourished during the 19th century when it became a rich and prosperous village with many local shipowners building their elegant mansions there. Remarkable whitewashed churches and chapels such as the Church of Ascension and Agios Nikolaos stand out for their brilliant architecture. In the central square there is a beautiful windmill and a memorial plaque for the fallen in World War II. Karterados offers a great variety of restaurants, cafes, villas, hotels and apartments. 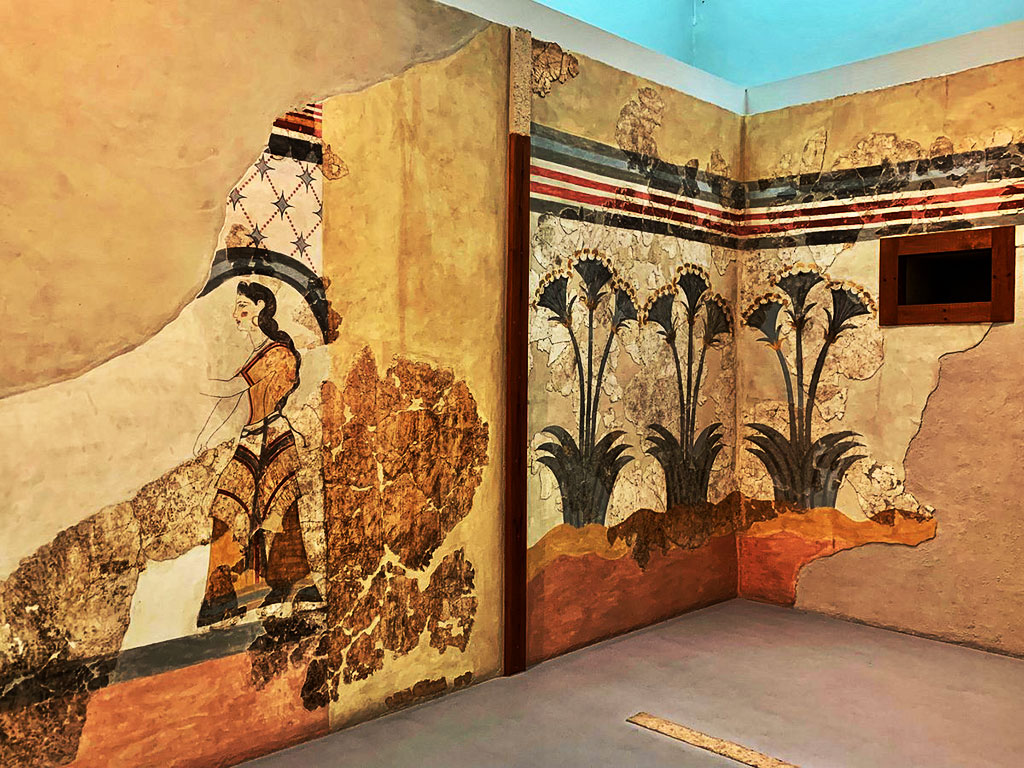 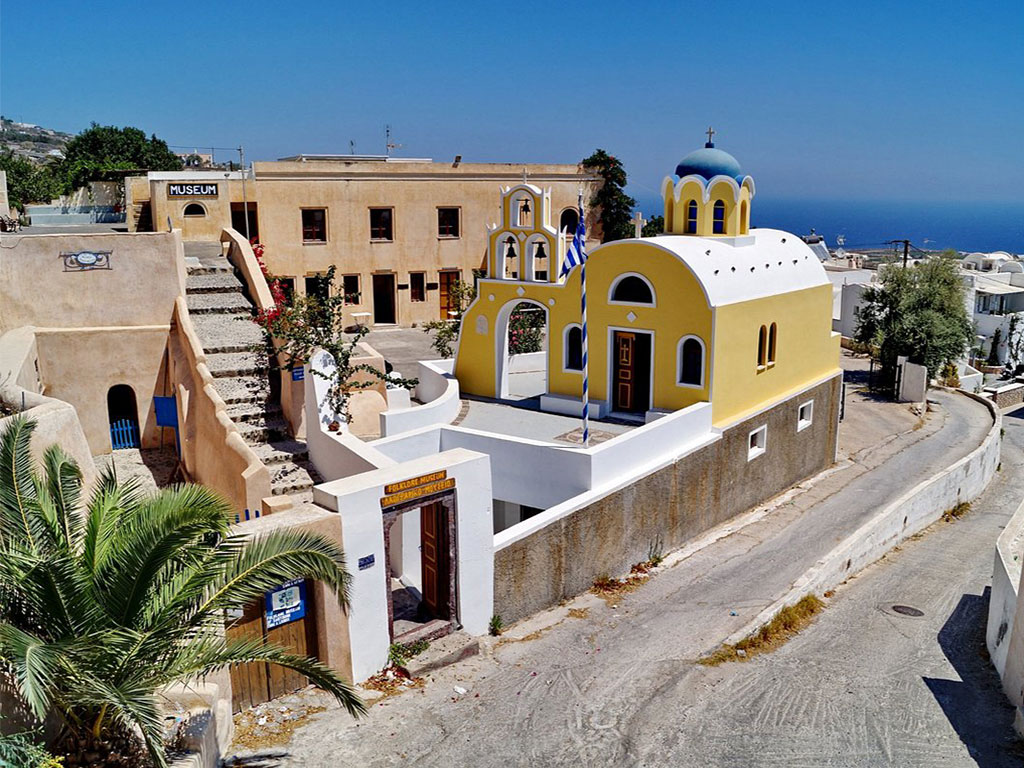 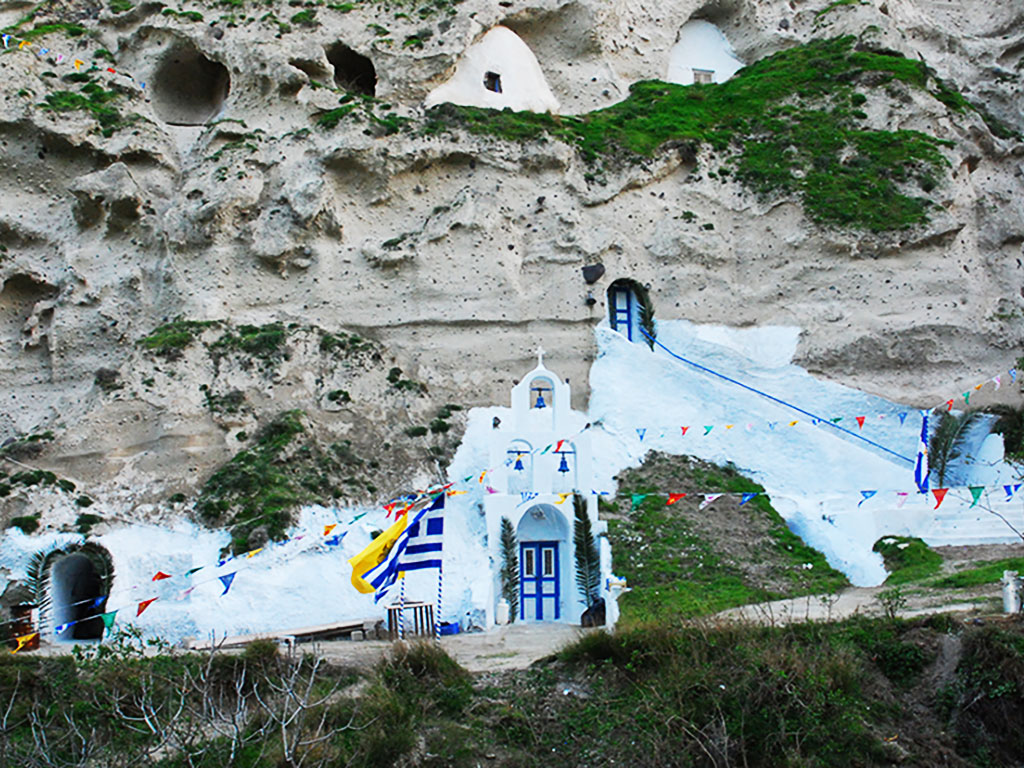 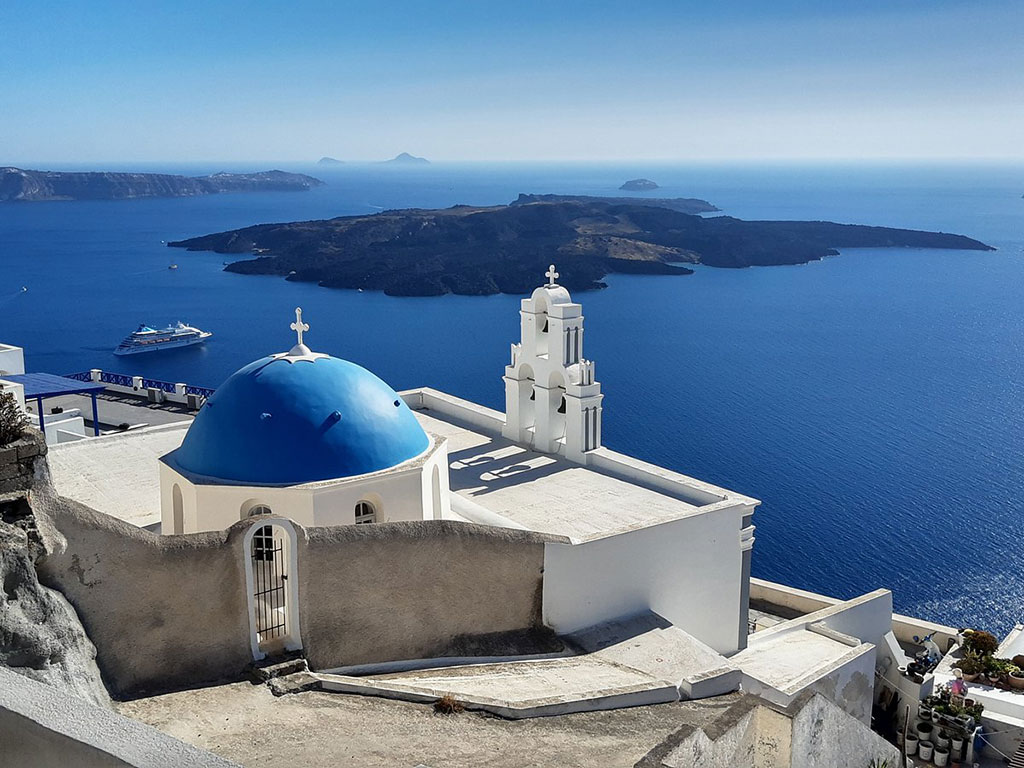 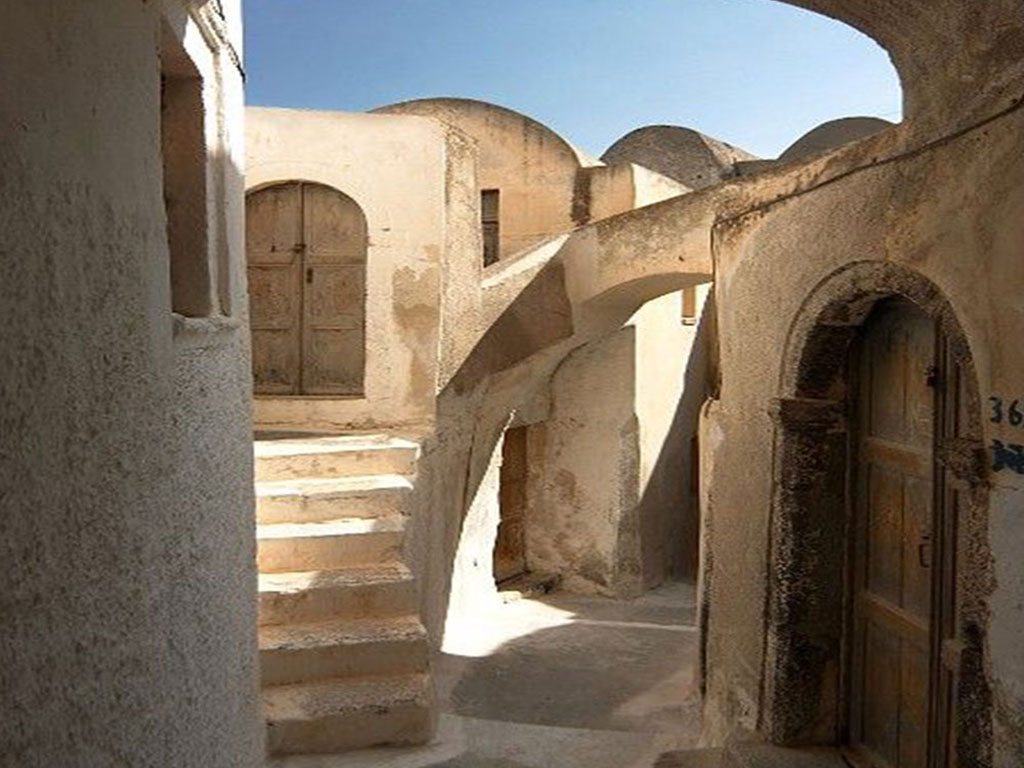 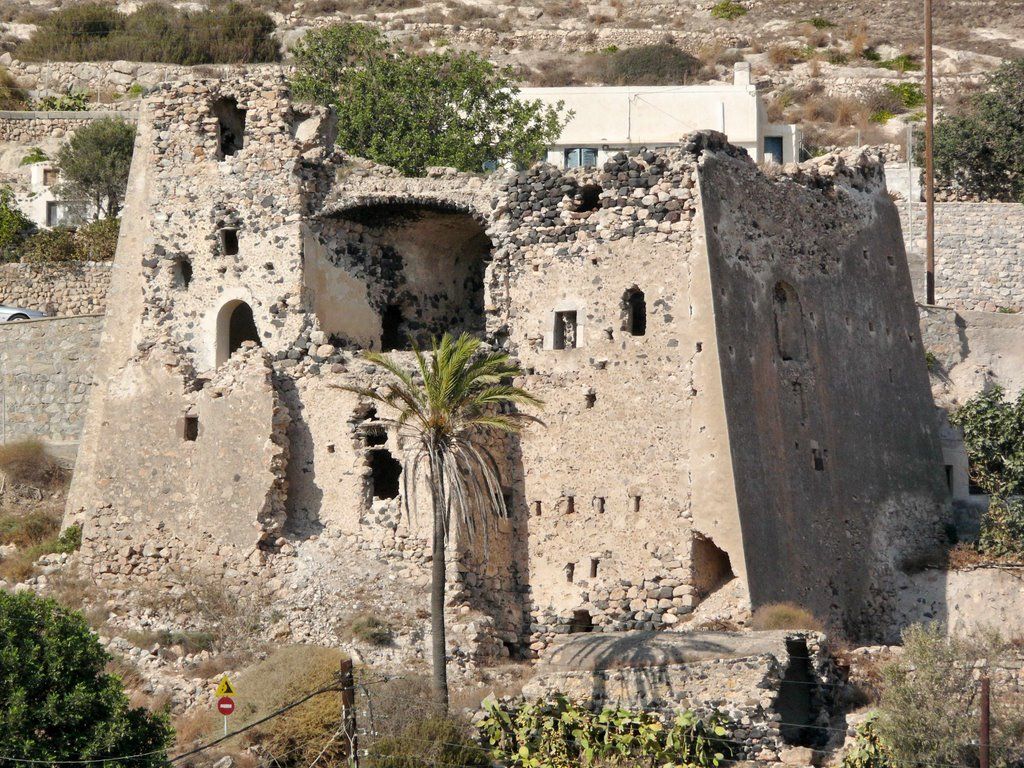 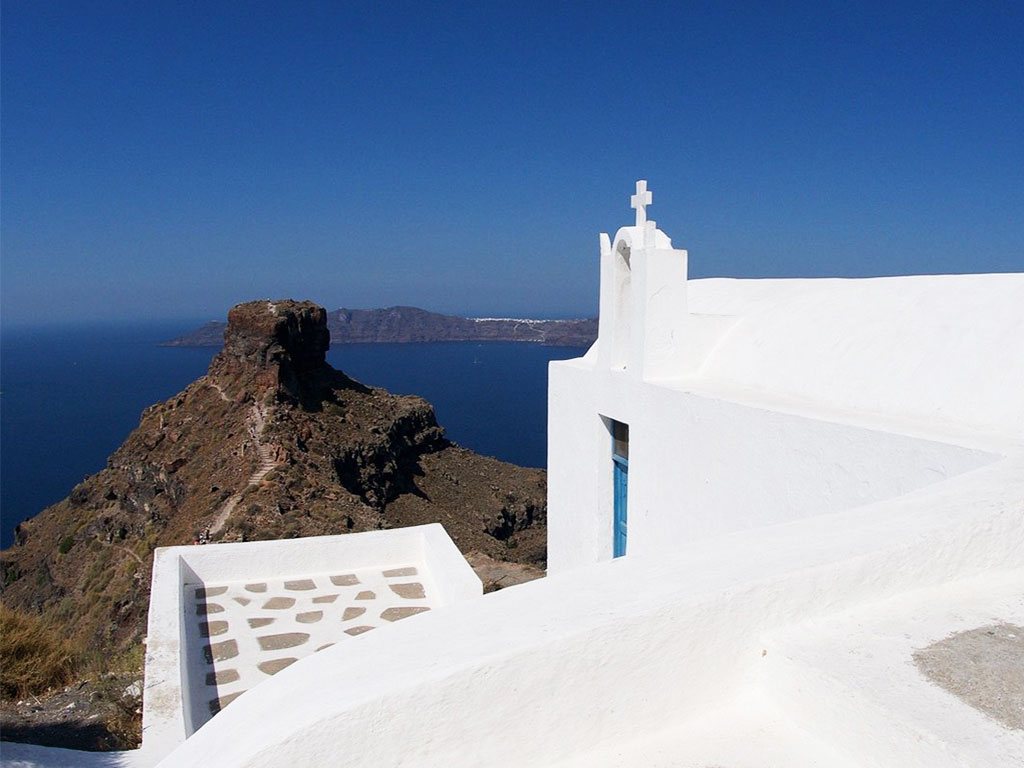 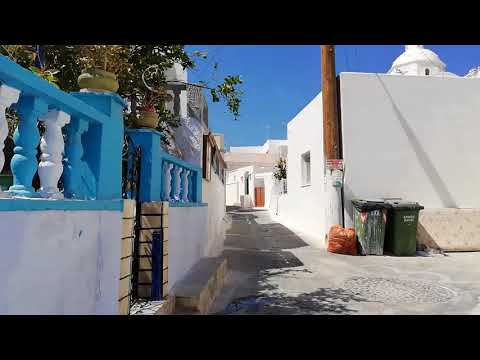