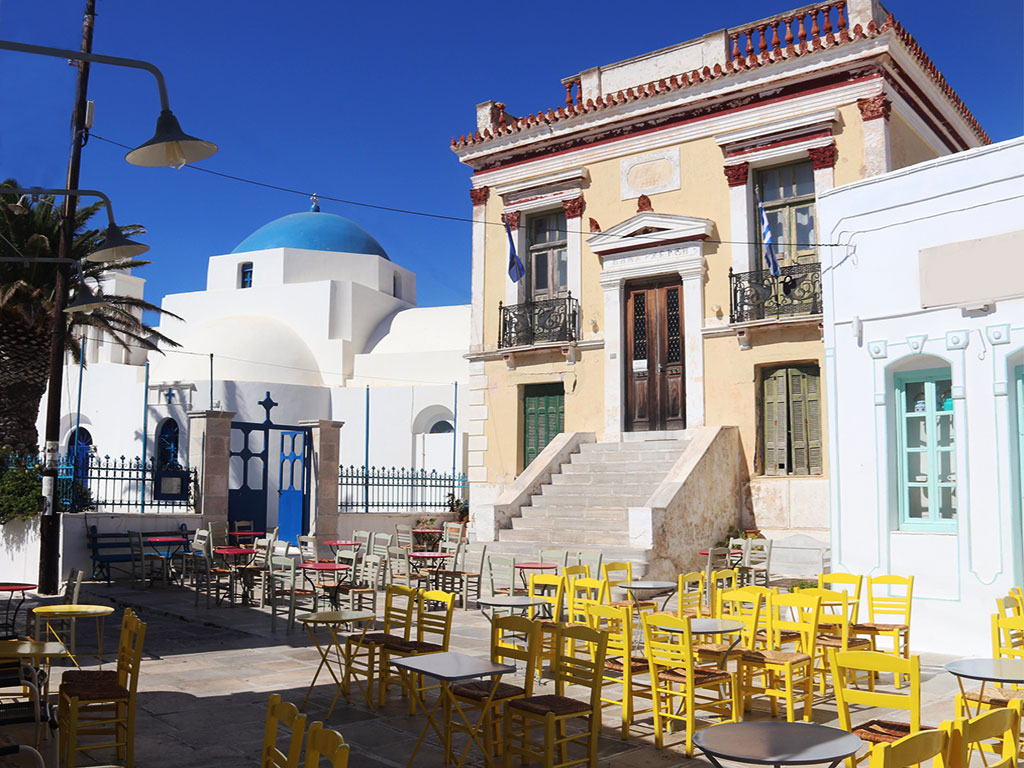 The Chora of Serifos is the diamond of the island and probably one of the most impressive central residential settlements of the Cyclades. It is built amphitheatrically on the top of a steep rock of about 230 meters high. It preserves unchanged all the elements of a Cycladic village with whitewashed cube-shaped houses, narrow alleyways, numerous churches and windmills, all built with a style loyal to the traditional Cycladic architecture. Chora offers magnificent views over the bay of Livadi and the Aegean Sea.

It is divided into two parts: Kato Chora is the lower part of the village and Pano Chora is the upper part and the oldest one. The two districts are connected with each other via a paved path while Kato Chora connects with Livadi, with a winding cobblestone path. The quaint village follows the typical fortress settlement structure which was very common in the Cyclades during the Middle Ages due to the fear of pirate raids. At the top of the hill there are ruins of the Venetian castle, built in 1434 by the Mikieli family. At the highest spot stands the church of Agios Konstantinos with magnificent view of the surrounding islands Sifnos, Kythnos, Milos and Kimolos. A bit lower can be found the churches of Agia Barbara and Christ as well as the church of Agios Ioannis, built in the concavity of a rock. From the entire medieval settlement only two Lotzies (entrances) survived up to date, one of which bears a blazon that dates from the Venice Domination.

Chora has a dense structure, with scattered churches, winding alleys and only a few public spaces such as the Piazza of Pano Chora, also known as the Town Hall Square, the most popular and busiest spot. One of its sides is dominated by the Town Hall, a neoclassical building of 1908 and a few meters away stands the church of Agios Athanasios, the cathedral of Serifos. In Kato Chora is worth visiting the Archaeological Museum with significant finds of the Hellenistic period and the Roman Era, the Folklore Museum with objects of the daily life of the past as well as a small open-air theater where various cultural events are organized every summer, such as the annual Serifos Festival. In the square of the windmills, you can admire the three renovated windmills that lie next to the ruins of the rest.

Visitors are charmed with the unique atmosphere of Chora. Pano Chora is a great option for shopping, food and nightlife as you can find many traditional cafés, tavernas, atmospheric bars, folk art shops and bakeries. Walking around Chora's narrow alleyways visitors can appreciate its architecture and take beautiful photos of the neat houses with their yards filled with bougainvillea. 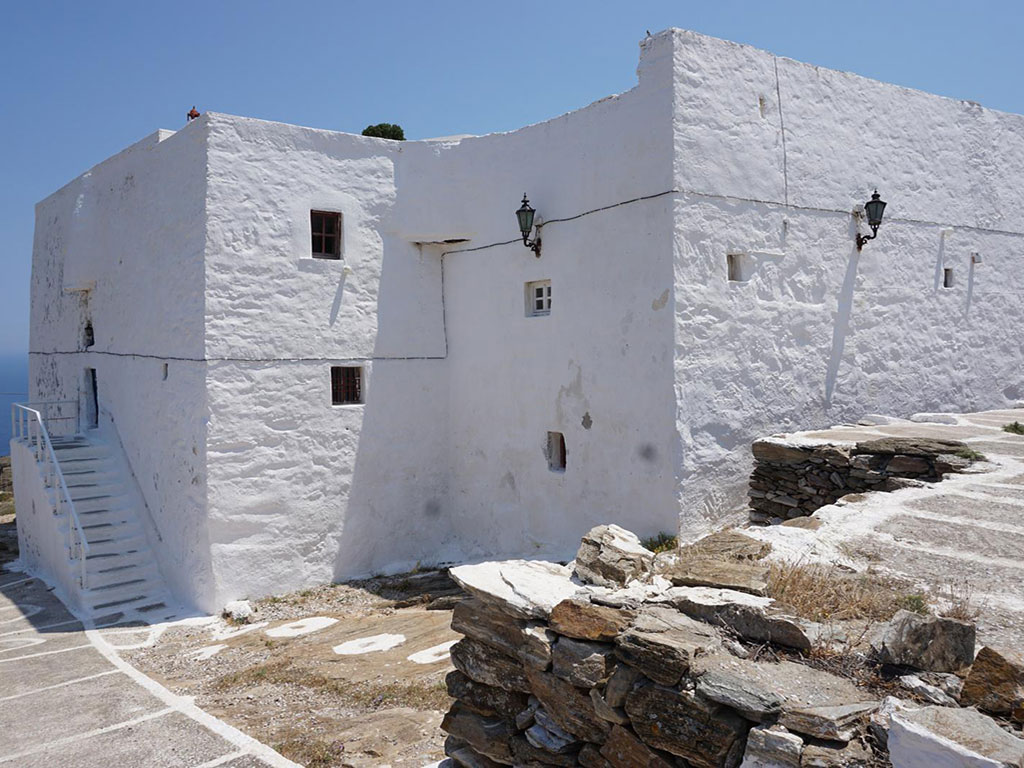 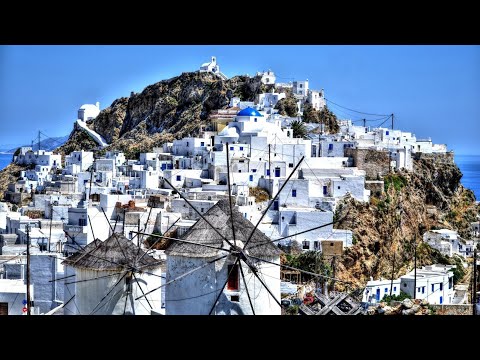