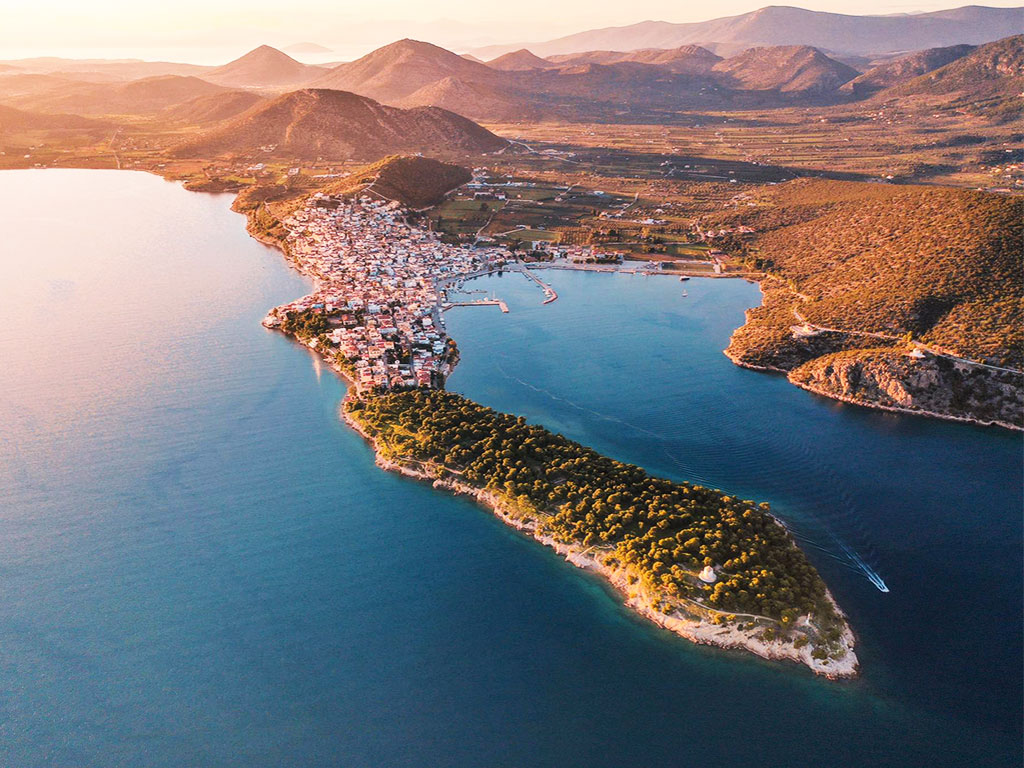 Ermioni is a picturesque small coastal town, located in the northeast part of the Peloponnese, 85km southwest of Nafplio. Built on a pine-covered headland at the southern tip of the Argolic peninsula, is a popular holiday resort, offering idyllic beaches and cosmopolitan lifestyle. Surrounded by lush greenery and crystal-clear waters Ermioni is classed as a city-island, as the sea surrounds the town from three sides. It is often referred as a town of captivating beauty that still remains authentically Greek, charming and hospitable.

Ermioni is divided into 3 sections. Limani is the commercial port, Mandrakia the picturesque district and the liveliest part of the town and at the eastern end is the pine forest of Bitsi, an area of historical interest where you can find the ruins of the temples of Demeter, Dionysus and Poseidon. In Bitsi you can enjoy nice walks at any time of the day or evening and swim in the crystal-clear waters of the Aegean Sea from the rocky coves which overlook the islands of Dokos and Hydra. Do not miss to explore the Old Village of Ermioni and wander through the winding cobbled streets to admire the old mansions. The old village has the Historical and Folklore Museum, the Toy Museum and the 9th century Byzantine church of Taxiarches (Archangels). If you want to enjoy a panoramic view of Ermioni, then walk up to Krothi Hill. The view of the town, the sea, the surrounding hills and distant mountains is stunning. Make also sure to wander up to the top of Pronos Hill where you’ll reach the beautiful chapel of Agia Ermioni, built in 1754. In addition to admiring the quaint chapel, from here you will be rewarded with a beautiful vista of the surrounding area, complimented by rolling hills where you can see olive, citrus and pomegranates trees dotting the land.

Ermioni has a long history. It has taken its name from the legendary hero Hermion, who founded the ancient city of Hermione. The place has been continuously inhabited, since 3000 BC and is mentioned in Homers’ work, including Iliad and its participation in the Trojan War. During the classic era it was well known for its shipbuilders and for the production of porphyra, a very important purple-red natural dye, used for the coloring of the tunic of Alexander the Great and his soldiers. In the early Roman era, the town suffered pirate attacks, which caused great damages. After the elimination of the threats, the city will flourish anew. Many years later, Ermioni played a significant role in the Greek revolution of 1821.

The little town is a fantastic base from which to explore the surrounding region which has much to offer, from historical sites to some of the finest beaches and picturesque islands. Some interesting places to visit nearby, is Porto Heli, Nafplio, Epidavros, Mycenae and the islands of Hydra and Dokos which are just a short boat ride away from Ermioni. Dokos lies between the Argolida mainland and the island of Hydra and is the place where a famous early-Helladic ship wreck and the oldest in the world, dating from the third millennium BC,was discovered on 23rd August 1975 by Peter Throckmorton. Take the opportunity to go walking through the ravine of Katafyki, that links Ermioni with Fournoi. It is a 30 min walk and is suitable for the whole family. Besides, you can visit some beautiful beaches, bays and coves,  situated nearby and relax on the beach or swim in the crystal-clear sea. Near Ermioni you can also find the Franchthi Cave, one of the most significant caves in Europe with remarkable findings that date back to 40,000 BC. It is even more remarkable the fact that the cave was continuously inhabited between 20,000-3,000 BC, making it the longest continually inhabited cave on record. Nature lovers can visit the lagoon of Thermisia where rare migratory birds can often be spotted. On the other hand, rock climbing enthusiasts will find great options in the area as the region has some of the best climbing in all of Greece with an impressive variety of cliffs.

The inhabitants are mainly engaged in cultivating the land, though over the last decades many of them are more involved in to tourism business. Several hotels, apartments and studios are available, providing friendly service as well as many cafes, bars and taverns along the waterfront. Being a small town-village, Ermioni does not have big hotels. However, if you would rather prefer luxury hotels, there are 5-star resorts in the wider area, that are popular amongst international glamorous visitors as the place combines natural beauty and a cosmopolitan ambiance. Ermioni is two and a half hours drive of Athens, and only two hours by boat from the port of Piraeus. Filled with culture, amazing weather, a relaxing atmosphere, and a true Greek experience, Ermioni is an amazing destination for your Greece itinerary. 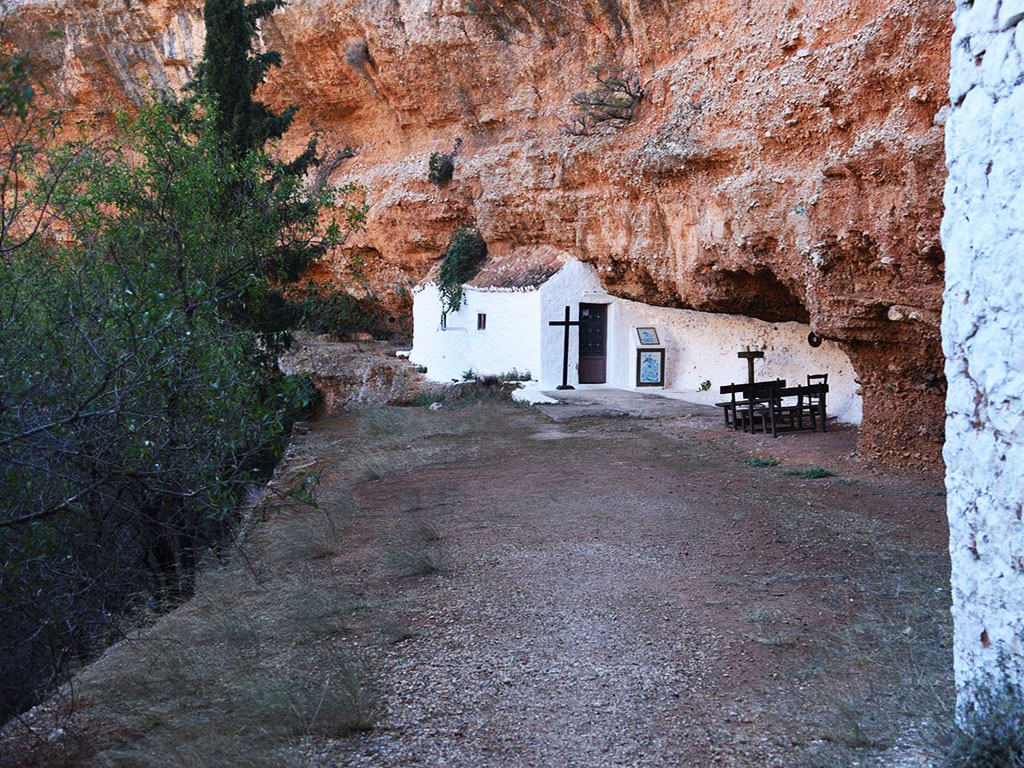 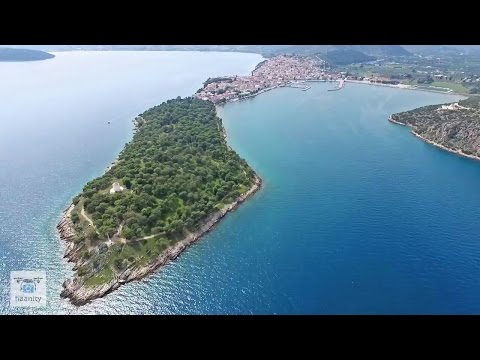