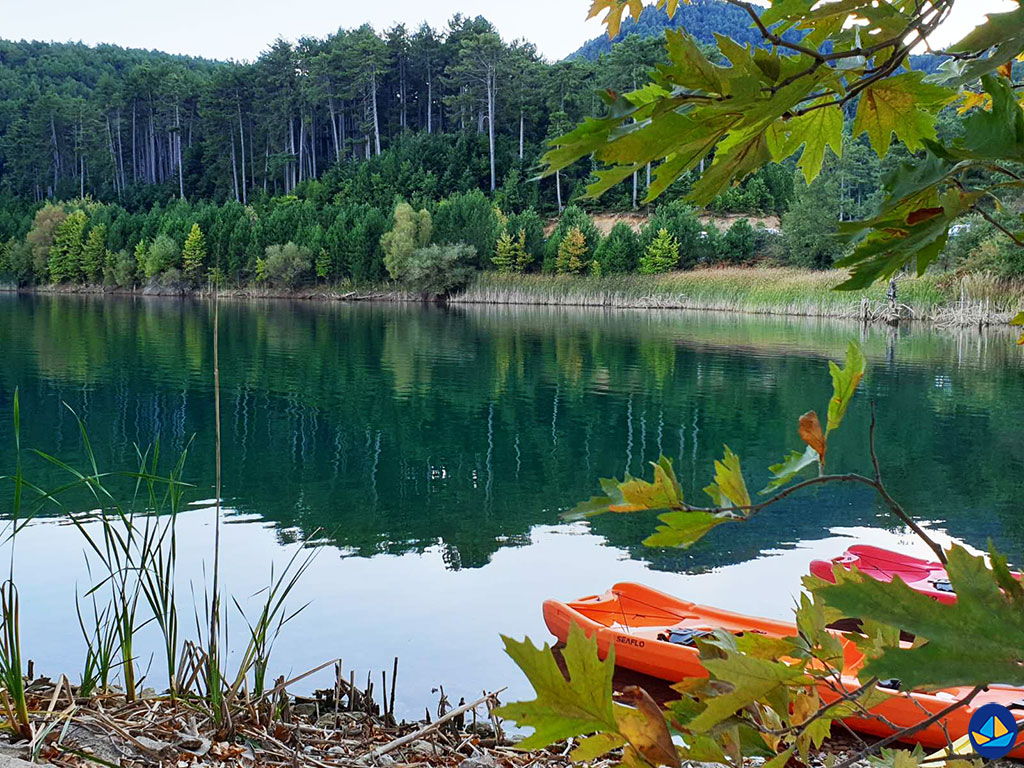 Lake Doxa is an artificial lake located in Ancient Feneos, just two hours away from Athens. Its uniqueness is due to the large plateau located between the Ziria and Helmos Mountains as well as the 9 villages that almost circularly surround the Feneos area. Very close to the lake is the village of Goura. Its relatively small size makes it an ideal destination for hiking or cycling. Its perimeter, distinguished by the rotation of the landscape with rocks, wetlands and reeds, reaches the 3.8 km.

In the center of the lake there is the chapel of Agios Fanourios, which is connected with the coast by a narrow strip of land. The chapel celebrates on August 27th, the day of the nominal feast of Saint, as well as in the "Theophania", where the water of the lake is sanctified. On the northern slopes, amphitheatrically stands the beautiful monastery of Agios Georgios Feneos. There are some bold divers looking for the old icon of Agios Georgios, which is immersed in depths of 8m.

On the perimeter of the lake are farms with horses. Some of them have been tamed and the visitor - especially in winter - can ride. The lake is also the starting point for mountaineering and hiking. From there begins a marked dirt road, which leads to a short trail. Doxa is considered one of the most beautiful mountain lakes in Greece, as the autumn colors of the forest reflected in the emerald waters create a unique landscape. Over the years, the lake has evolved into an important ecotourist attraction. At the same time, it is an ideal haven for the wildlife of the area, while in the forests and nearby peaks there are many rare and endemic plants of the Peloponnese.

In the waters of the lake you wiil meet many aquatic and wading birds, such as cryptosknidia, nightgowns, marsupials, swans, waterfowl, greenheaded ducks, etc. The waters have been enriched with Cyprinus carpio, while there is an endemic fish species of the Peloponnese, the Pelasgus stymphalicus. Last but not least, the presence of large numbers of crayfish of the species Astacus fluviatilis living at the bottom of the lake, as well as endemic crabs of the Peloponnesus (Potamon pelops). A rare species of Mecoptera, Panorpa rufostigma, can be found around the lake. 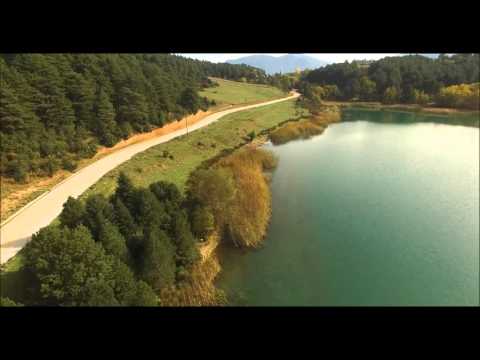