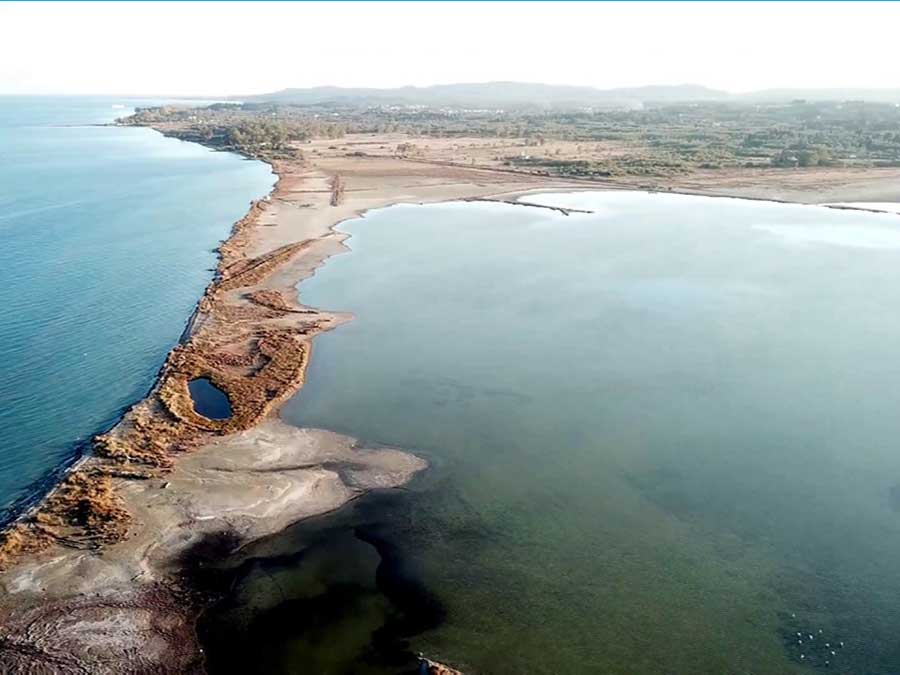 The Saltmarsh of Lefkimmi is located about 2,9 km north of Lefkimmi, in Corfu. It is a peninsula, of an area of 1500 acres, which is located in southern Corfu, near the homonymous large village.
The Saltmarsh of Lefkimmi were already known from the 16th century and they operated, with stoppage during some periods, until 1988, the last year that produced salt . But, until then the area was very well organized, with at least 80 salt wells, salt warehouses, ditches and corridors. The large, central lake was the space where the sea water was saved, while on the north-eastern end of the Saltmarshes of Lefkimmi you can see the V.O.R. (Very high frequency (VHF) Omnidirectional Range).
After its closure, the parts of the saltmarsh gradually began to digest in the natural environment, resulting in its present form consisting of extensive flooded parts throughout the year, hilly meadows combined with vegetation and upperwater vegetation decomposing the interior of schinus and tamarisks.
Some small parts of the saltmarsh have been embalmed at various points on the perimeter to the mainland, while part of it to the sea was embedded to create a small marina. The activities in the basin are relatively intense, with intensive and extensive crops as well as the activities of the settlement of Lefkimi. It is a peninsula, of an area of 1500 acres, which is located in southern Corfu, near the homonymous large village. Today the Saltmarsh of Lefkimmi are one of the greatest wetlands of the island.
The lowland peninsula creates a very impressive image, especially to those who are quite lucky and can enjoy the area from high above. You can notice erosion on its edge, as the land gradually disappears into the blue sea. In the Saltmarsh of Lefkimmi there is a lighthouse which once stood on the land but, because of the erosion, today it is in the water.
The Saltmarsh of Lefkimmi have been included in the network Natura 2000, mainly because of the avifauna that they host: More than 180 bird species are recorded in the region. Common Shelducks, brown headed gulls, gulls, Black-winged Stilts, Kentish plovers, little terns, Curlew sandpipers, little stints and flamingos, with their largest number recorded in May 2011 – more than 3,000.
Today anyone can visit the Saltmarsh of Lefkimmi in order to enjoy the natural beauty of the landscape, the historicity of the area but, also to swim in the beach that is created by the sandy shores. Its waters are calm and clean, while the quiet of the region will impress you. 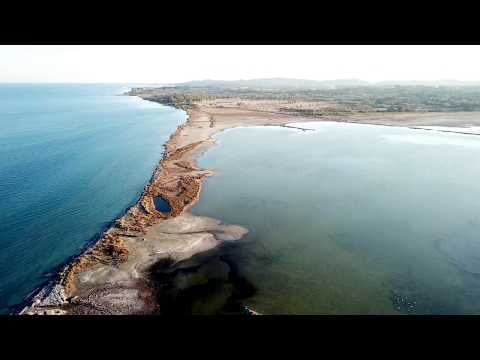