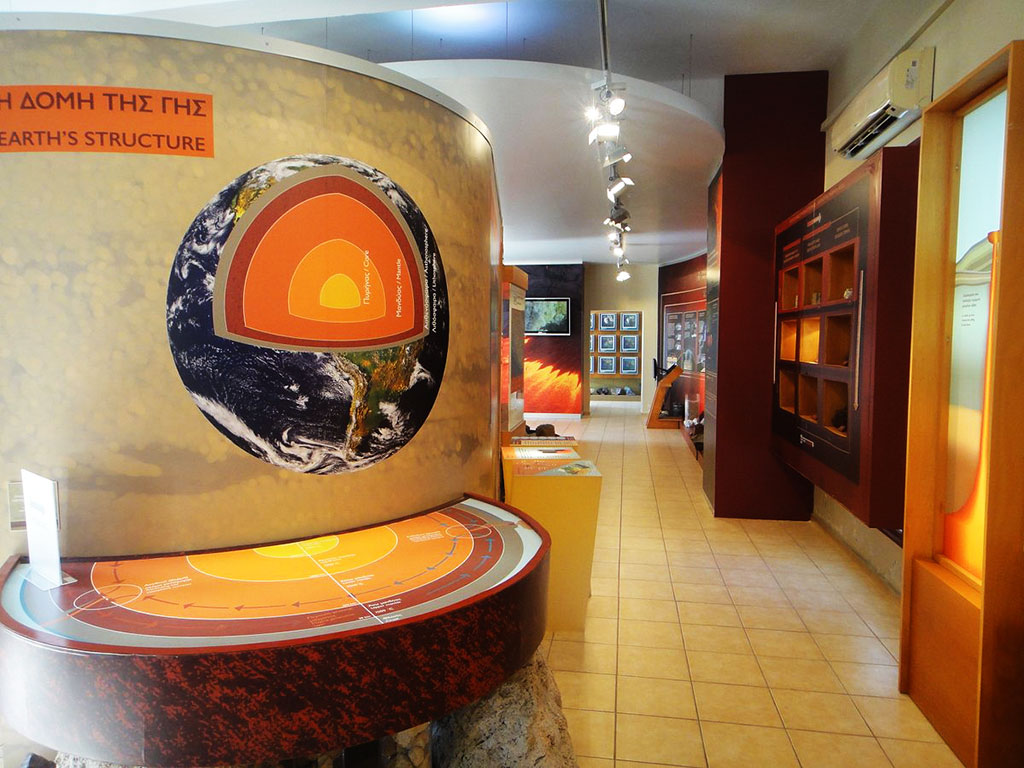 The beautiful island of Nisyros is the result of large volcanic eruptions that took place thousands of years ago. The island took its final form about 20,000 years ago, after of another two creative explosions. Thus, the whole island can be considered a broader open-air, volcanological museum.

The old renovated school in Nikia, at the edge of the caldera with the panoramic view of the interior of the volcano, houses now a unique of its kind museum, that aims to transport visitors imaginatively into the volcano itself. The lighting also refers towards the same direction. Volcanic rocks, maps, cross sections, diagrams, patterns of volcanoes, photographs, three-dimensional animations and computer simulations reveal the geological history, not only of Nisyros, but of the whole Aegean volcanic arc. A remarkable library with many books and articles related to volcanic science is also housed in the rooms of the museum. Visitors can study and observe the rocks through microscopes, which are provided by the museum.

The main sections of the museum host the following topics:

The volcanogical museum of Nisyros is unique of its kind in Greece. It was established in 2010 by the Municipality of Nisyros in collaboration with the Aristotle University of Thessaloniki, IGME and the Ministry of the Aegean. In addition to exhibition halls, there are event venues. Apart from the Volcanological Museum, there is a volcanic observatory in Emporios, which is supplied on a 24-hour basis with data from active volcanoes. The museum is one of the island's main attractions for both tourists and researchers.

The museum is situated at the village square in Nikia and is open all year round. Near the museum there is a hiking trail leading down into the caldera and to the volcano craters. It would be better to first visit the volcanological museum before visiting the crater Stefanos and Polyvotis in the caldera valley.