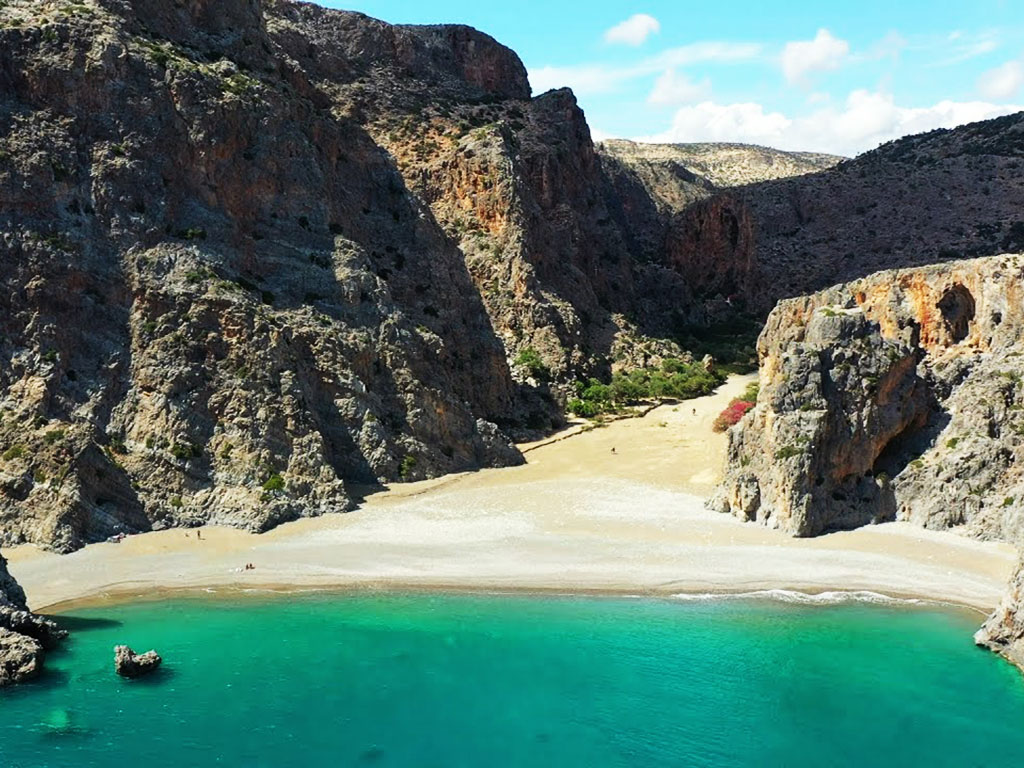 Agiofarago means Holy Gorge. It owes its name to the hermits who used to live there in isolation. Being far from populated areas made Agiofarago the first center of ascetic life not only of the region but of the whole Crete, in the earliest Christian times. It belongs in the broader area of Matala in South Heraklion, and is located west of Kali Limenes and east of Matala Village at a distance of about 80 km south of Heraklion City.
The beach is at the exit of the homonymous gorge so in order to reach the beach of Agiofarago you must cross the gorge. The route within the vertical walls of the gorge is breathtaking. The place is isolated, wild and rugged. On the way you will see the large caves were hermits used to live, as well as the chapel of St. Anthony, with a well outside with drinking water.  On the way we also see ropes hanging for rappelling down and anchors for climbers.
The beach of Agiofarago is one of the best in Southern Crete, with crystal clear blue waters and fine pebbles. The water is usually cold, as in the rest of southern Crete and the water deepens sharply. Vertical cliffs surround the beach creating a daunting yet beautiful environment. If you are up to it climb the cliffs on the east and reach the top. The view from there is fantastic.
Southeast of the beach there is a hidden lake, called Vourvoulitis. It is a sinkhole communicating with the open sea by underground passages. Do not get close to the lake, it’s extremely dangerous.  West of the beach is formed a beautiful arch, beneath which you can swim.
Although Agiofarago beach would be appropriate for nudism, it is prohibited, as there are many ascetics here, leading a monastic life. Camping is also prohibited.
In summer the temperature can be quite high (30-40o C), so you would better avoid moving in the miday. Cross the gorge early in the morning or late in the afternoon. In winter things are quite better with much lower temperatures comparing to summer
In order to get to Agiofarago by car there are two options, one from the east and more specifically from Kali Limenes, where the road is in a bad conditιon (dirt road) on the last 5 kilometers and the second choice is from the north, after the Shiva, towards the Odigitria Monastery, and then again a dirt road, about the same distance, but definitely in a better condition. You continue your route in the small valley until you reach a dead end. There, you can leave your car in the large parking. Be careful! Do not leave your car under the shade of a few trees, unless you want to find its roof damaged by the hooves of goats that will climb to eat leaves! Then walk through the gorge for half an hour until you reach the beach.
Alternatively you can take a ferry from Matala, Agia Galini or Kali Limenes but we definitely recommend the first option, as the route within the vertical walls of the gorge is breathtaking. 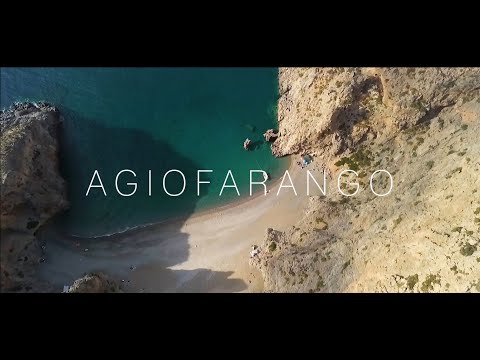