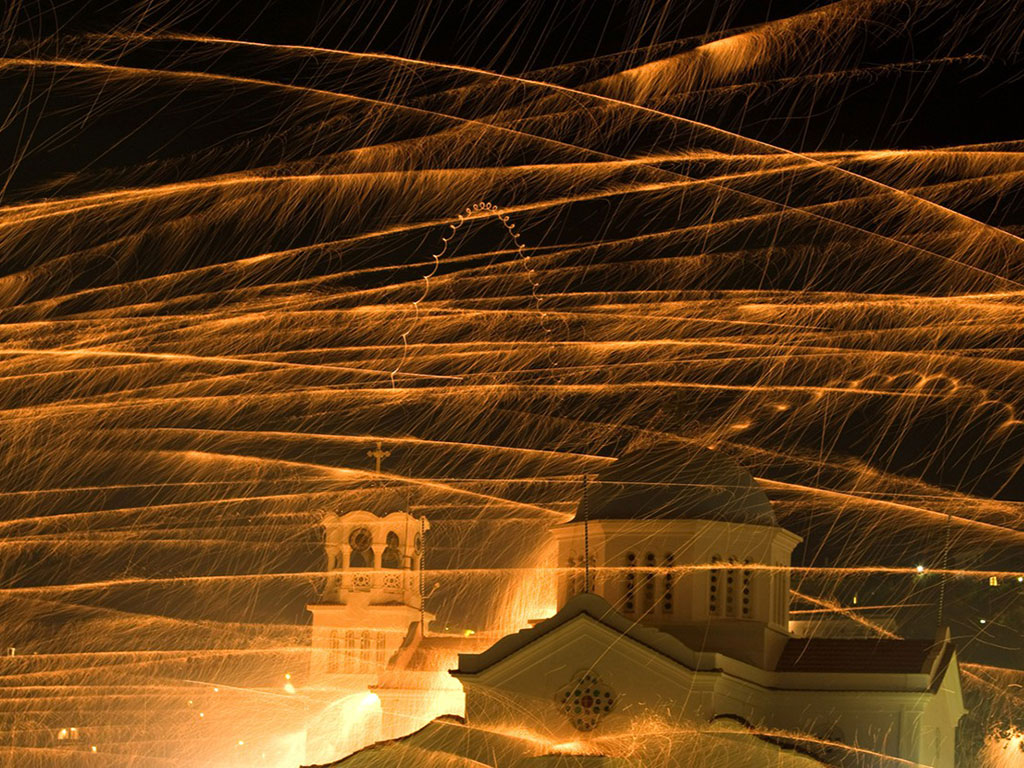 Rouketopolemos, (meaning rocket war in Greek), is a local tradition event held annually at Easter on the island of Chios. It is one of the most spectacular, yet dangerous Easter events that are revived on Holy Saturday midnight in the town of Vrontados. Two rival parishes of the village are engaged in this unusual event that has been taking place since the Ottoman era. The two churches sit on opposite hillsides about 400 meters away from one another and fire thousands of homemade rockets at each other’s tower bells. The two rival parishes are Agios Markos (St. Mark) from one side and Panagia Erithiani on the other. The main objective of the parishioners of Panagia Erithiani is to hit the dome of Agios Markos while the parishioners of Agios Markos, aim to hit the bell clock of Panagia Erithiani.

These homemade rockets are produced throughout the year for this spectacle event, that attracts thousands of visitors. The rockets are wooden sticks filled with an explosive cocktail made of charcoal, nitro and sulfur. The preparation starts after Christmas and more than 200 people are involved from both parishes. They are divided in teams of 4-5 people with each team to have a specific task to complete. On the eve of Holy Saturday, the rockets are set up on grooved platforms in order to get the appropriate trajectory. The church buildings themselves and the nearby buildings have been boarded up and protected with metal sheets and mesh for the occasion. As soon as the bells ring at midnight marking Jesus’ resurrection, the sky is flooded with colorful flashes and the clicks of thousands of flaming rockets. On Easter Day the rockets that have found their target, are counted and the winner is decided, but each parish invariably claims victory over the other and finally both agree to settle the score next year.

It is believed that this event, was earlier performed with real canons, until the Ottomans prohibited their use in 1889, under the fear that they could be used against them. Although this unique custom has been annoying several locals, it has made the village known to the entire world and is a source of significant tourist revenue for the island. The event was cancelled in 2016 due to complaints from nearby residents for property damage but it was revived the year after with limitation on the number of rockets launched. In 2018 10,000 rockets were launched in comparison to more than 150,000 rockets in 2015. The participants came to an agreement with the police and the local authorities to continue this old custom, albeit on a smaller scale in order to prevent the mass damage it used to cause in the past. They also agreed not to target the properties that lie in between the two parishes. 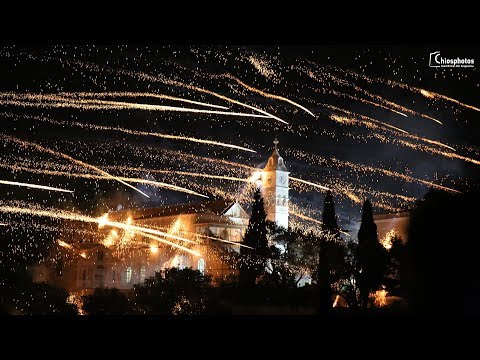