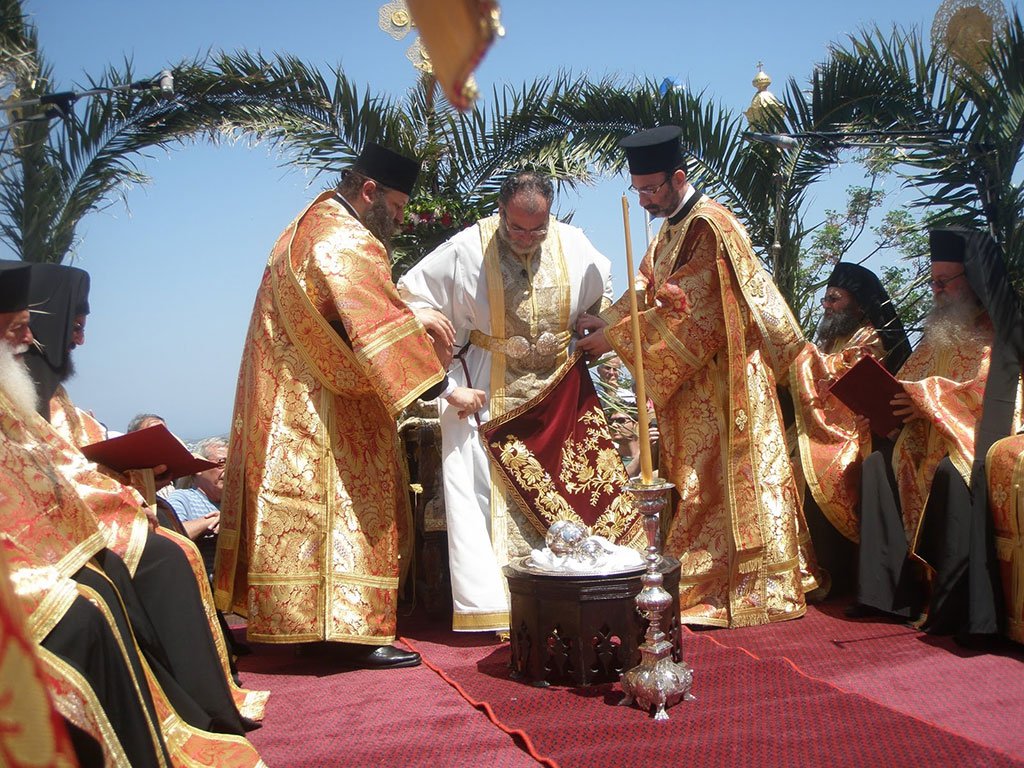 The Easter religious celebrations are dedicated to the suffering and resurrection of Christ, and are a pole of attraction for pilgrims who want to live experience of those days with intensity. They have the chance to see a unique spectacle. Τhe Last Supper on Holly Thursday and the Niptira at Loza Square.
The Niptiras, is a representation of Jesus Christ with his students and his prayers given in the garden of Gesthimani. The celebration of the Niptira, is a unique event that has been celebrated through the centuries, in Jerusalem, Rome and Byzantium.

The ceremony of the Holy Washbowl is divided into 3 parts:
The celebration of the Holy Washbowl is part of the authentic Byzantine representation of the Passion that was introduced to the West. They had the identifying name ,"Mystiria". It has been celebrated since the 11th century when the Monastery was built.
the beginning, in the Katholikon, and later in it's courtyard. In the 16 th century it was celebrated in the space outside the Monastery and since then, every year has been either in the Western Square of Chora named after Emmanuel Xanthos or, when good weather prevails, at the Eastern Square of Chora called Agia Levia or Patriarch Theofilo Pagokosta.