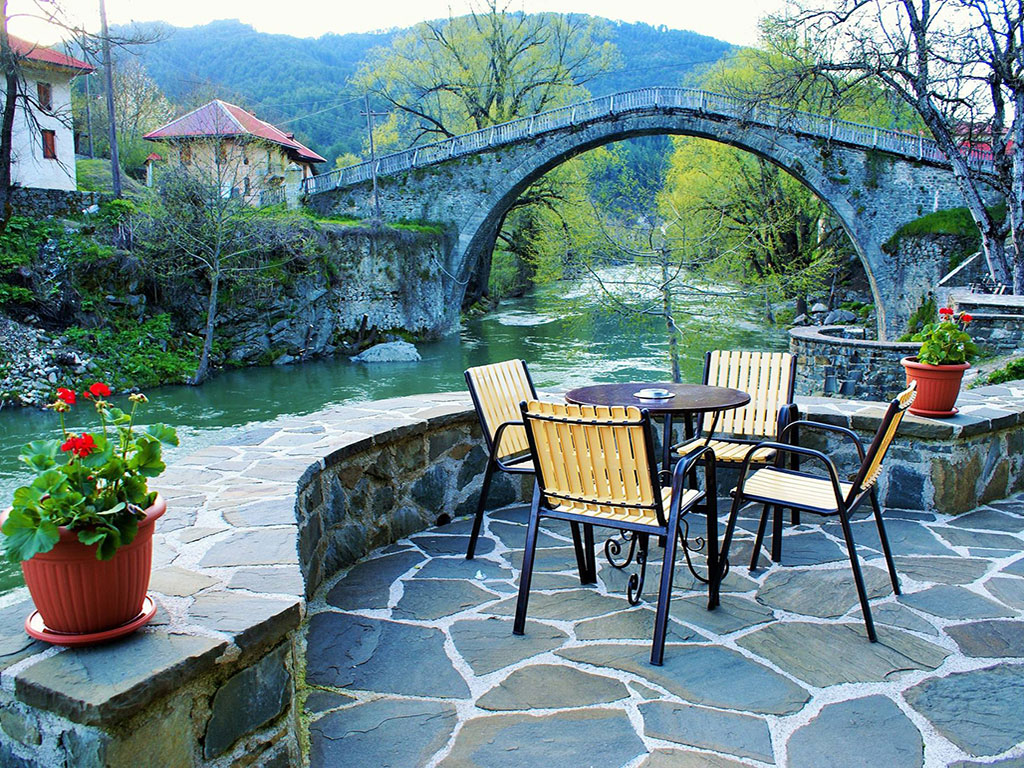 Vovousa, also known by the Vlach name Baieasa (Baiasa), is located in an amazing setting in East Zagori. Well-hidden at the center of the Northern Pindos National Park, on the edge of the Valia Calda National Park, is surrounded by high mountains and rich forests. Nestled at an altitude of 1000 meters, this beautiful village is bisected by the Aoos River and named after the roar of its water. Around the river there are remarkable habitats that host rich flora and fauna. It is a small, yet historic village with around 100 people, most of whom are of Vlach origin but there are also some Sarakatsans families, mainly engaged in forestry work and less on farming and tourism.

The village’s history begins in the 10th century with the first movement of the Vlachs in the mountains of Pindos. In the 15th century, Vovousa joined Zagorohoria and experienced great development. By the 18th century outnumbered 3000 inhabitants, was a major trade hub and one of the largest villages in the area. The decline started at the end of the Ottoman Era, due to the abolition of privileges and predatory raids. During the first half of the 20th century Vovousa lived in peace until 1940, when found at the center of the Greek-Italian war. As a result, the village was burnt by the Germans on 23 October 1943.

Vovousa was a quiet and sleepy village up until 2013, when a group of locals protested against the construction of a second dam on the river, which would have reduced the flow, causing significant damage to the local ecosystem. Nowadays, the traditional Aromanian village is a popular tourist destination all four seasons of the year. Visitors can swim in the river or try amusing activities such as kayak, canoe and rafting in its waters. It is also a great place for lovers of hiking and is the best suited for relaxing away from civilization.

By tradition, everything in Vovousa is built of stone and wood. Here, you can find a few well-preserved old houses and some cozy cobbled streets. But the main landmark of the village Is the single-arched stone bridge that spans over the river and connects its two banks and neighborhoods. It was built in 1748 by Alexios Messios and is now listed as an archaeological monument. Besides the bridge, is worth visiting the churches of Agios Georgios (1814) and Agia Paraskevi, the small stone bridge of Pountika and the watermill. Vovousa is located about 70 km northeast of the city of Ioannina and 60 km from Grevena and is easily accessible by road. 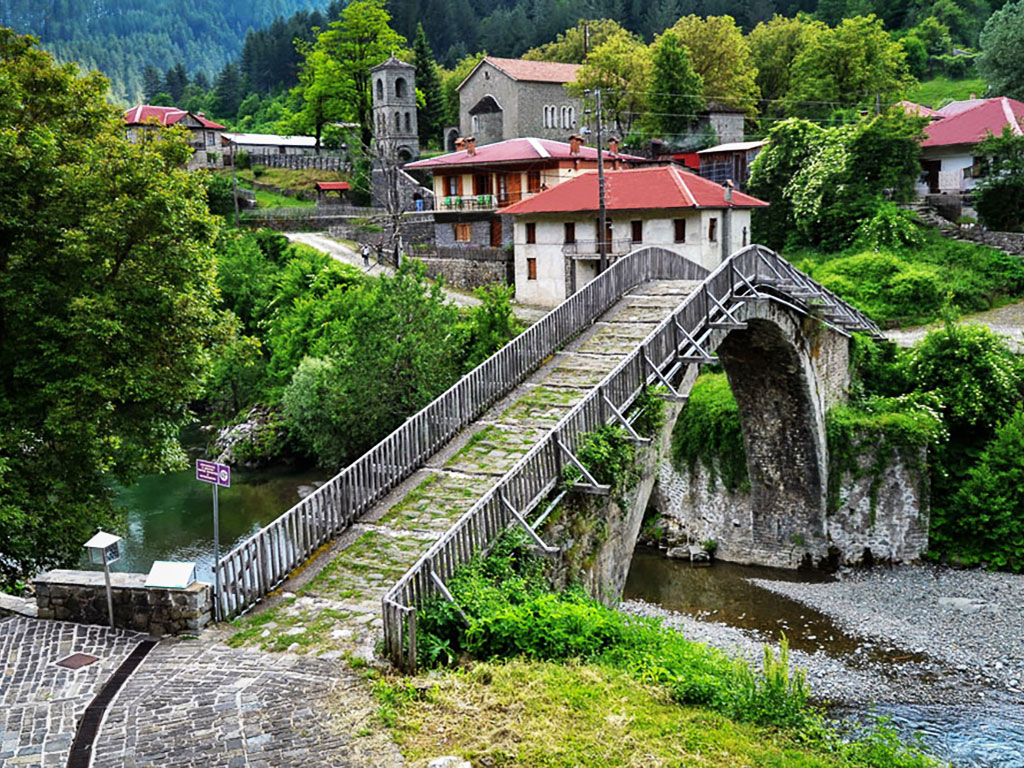 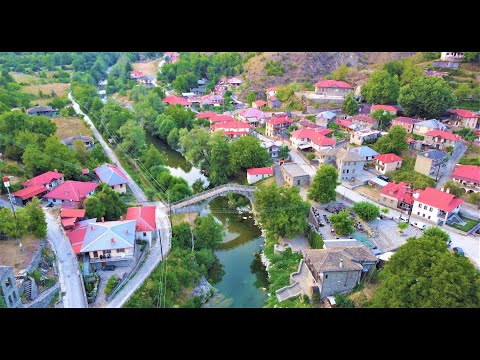