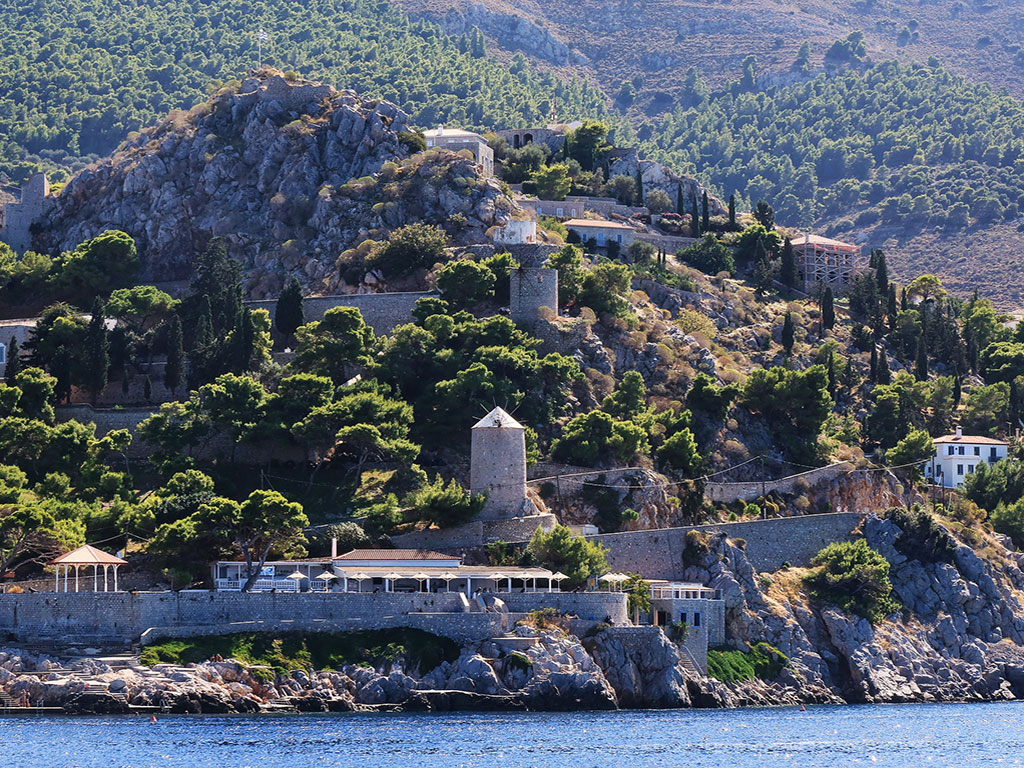 Besides whitewashed houses, Hydra has numerous windmills. Some of them are in very good condition, others half ruined and some totally ruined. There is a total of 16 windmills, scattered around the town and the surrounding hills. The first windmills were built on the island before 1795. By the end of the 18th century, at least three mill sites had already been formed on the island. Towards the end of the 19th and 20th centuries, several windmills were abandoned, and only two remained operational until about the 1950s. Today, a few have been turned into houses or to small studios. Several of the windmills belong to the Municipality of Hydra while all have been listed as protected monuments by the Ministry of Culture.

The most famous of all the windmills is the one where scenes from the Hollywood movie "Boy on a dolphin", starring Sophia Loren, were shot. A movie that made the beautiful island of Hydra world famous.