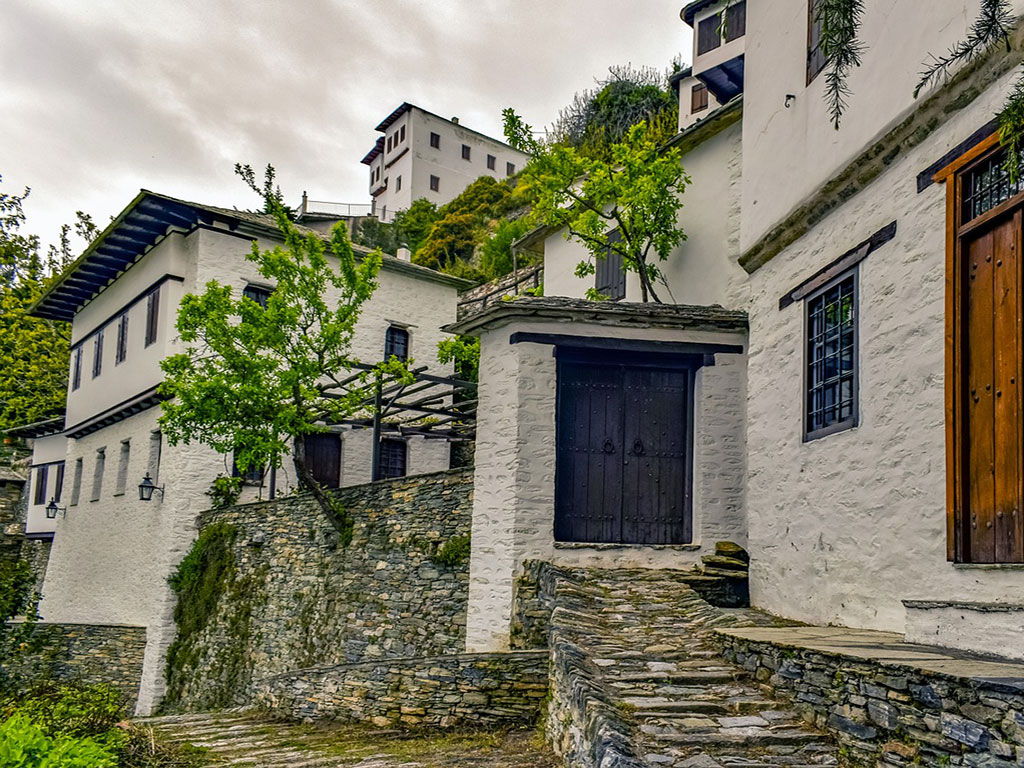 Makrinitsa, nicknamed "balcony of Mt. Pelion," is a village and a former community in Magnesia, Thessaly, Greece. Since the 2011 local government reform it is part of the municipality Volos, of which it is a municipal unit. The municipal unit has an area of 59.903 km2.
The name is first attested in the early 13th century through the Makrinitissa Monastery. "Makrinitissa" itself is a more scholarly form of "Makrinitsa", which must have been the colloquial name even at the time. It is of Slavic origin, originally Mokrinitsa, a diminutive form of Mokrina, "wet place", referring to the water-rich environs of the village. The name was Hellenized with the change of the first vowel to "a" from the Greek word makrys, "long".
History
Makrinitsa was built in the early 13th century. The settlement developed in the coming years and in the last years of Ottoman rule flourished particularly thanks to trade in leather. Makrinitsa were from the villages that rose during the revolution of 1821. With the outbreak of the revolution in Pelion from Anthimos Gazi, the Pelion besieged Velestino and Volos. With surgery but the siege Dramali fails. The Turks then besieged Makrynitsa finally after strong resistance fell and the revolution in the area temporarily suppressed.
Makrinitsa also pioneered the revolution in Thessaly in 1878. The most important battle during this revolution took place in Makrinitsa. The revolutionary forces of the region and the residents of Makrinitsas led Margarita Basdeki resisted but eventually succumbed when arrived in the area Turkish aid. With the mediation of the revolution ended the British. Three years after the Thessaly incorporated into Greek state.
After releasing Makrinitsa became municipality, while during 1912-2010 was an independent community. After the war the development of tourism in the region began.
Sights
1. The marble fountain with four bronze lion heads on the main square
2. Mansion Topali which houses the Folklore Museum
3. The Skoteinioti Tower in district Koukouravas
4. The churches of St John (Agios Ioannis) and Mary (Panagias)
5. The stone arch bridges in Lestiani, in Loziniko, in Alevizi and that of Karia
6. The old water fullings and tanneries
View 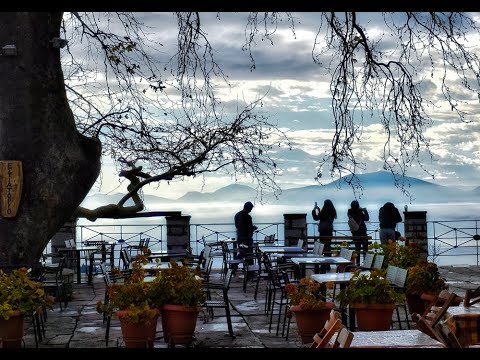