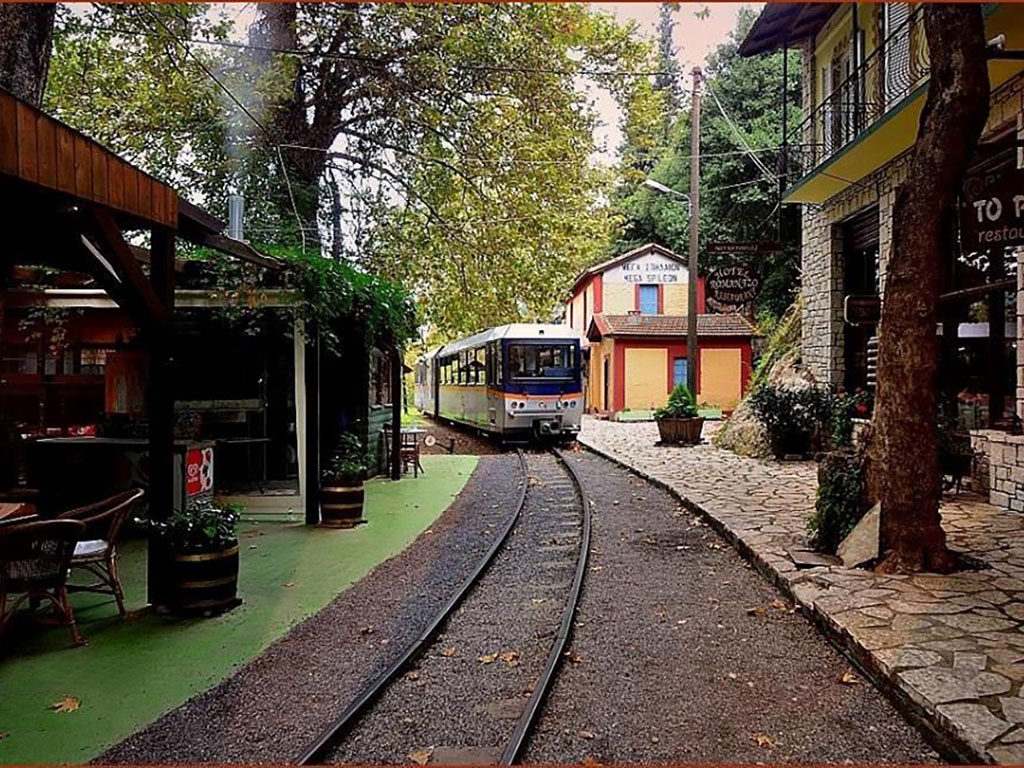 Kato Zachlorou is a mountain village, built in the gorge of Vouraikos, in eastern Achaea. Many people who hike the gorge begin or end the trip here. It is a picturesque village with the mist veiling the verdant mountains and the smell of burning wood in the fireplaces. The scene here is cinematic. On the one hand, the stone buildings of the station and on the other the rich vegetation of the Vouraikos Gorge with the sounds of the river.

The village was built during the Turkish domination when people from the villages of Epirus settled here after having being hunted by the Turks. Its name originates from the Slavic word "Zanglo", meaning "behind the mountains". Unfortunatelly, this beautiful village was burned by the Germans in December of 1942.

Kato Zachlorou is about 2.5 hours’ drive from Athens via the Corinth-Patras motorway. Located just 5 km far from Kalavryta and 15 km from the ski resort, can be a good base for exploring the surrounding area. The narrow gauge Diakofto–Kalavryta Railway runs through the village and until a few years ago, it was the only means to reach the village. Around the train station are traditional taverns, serving delicious local dishes as well as hotels, hostels and rooms to rent. In Zachlorou there is not much to see but it is worth visiting Mega Spilaio (Great Cave), hike Vouraikos Gorge or just take a trip with the gauge railway. Hiking lovers can walk all the way to Diakopto, on the train tracks that run along the river. The route has a low degree of difficulty and it crosses some of the most beautiful landscapes in the area. There is also a path connecting the village with Mega Spilaio. The path starts from the railway station and the journey takes 1-1,5 hours. Worth visiting are also the historic Monastery of Agia Lavra and the impressive Cave of the Lakes, both within 30 minutes’ drive. 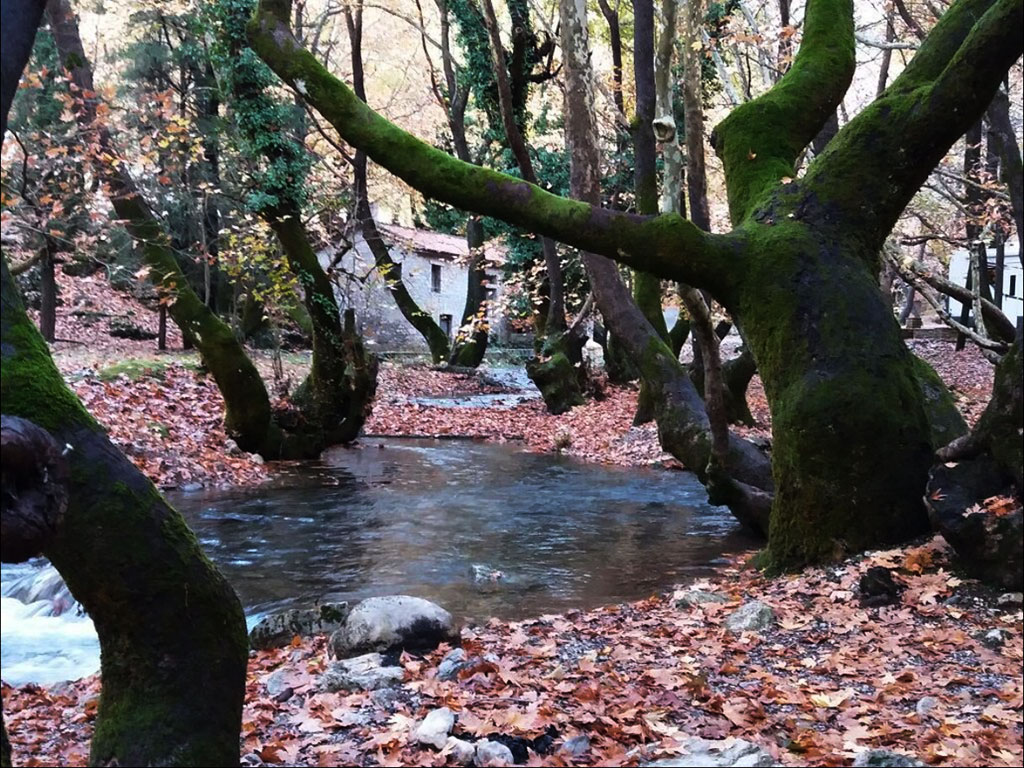 Cave of the Lakes 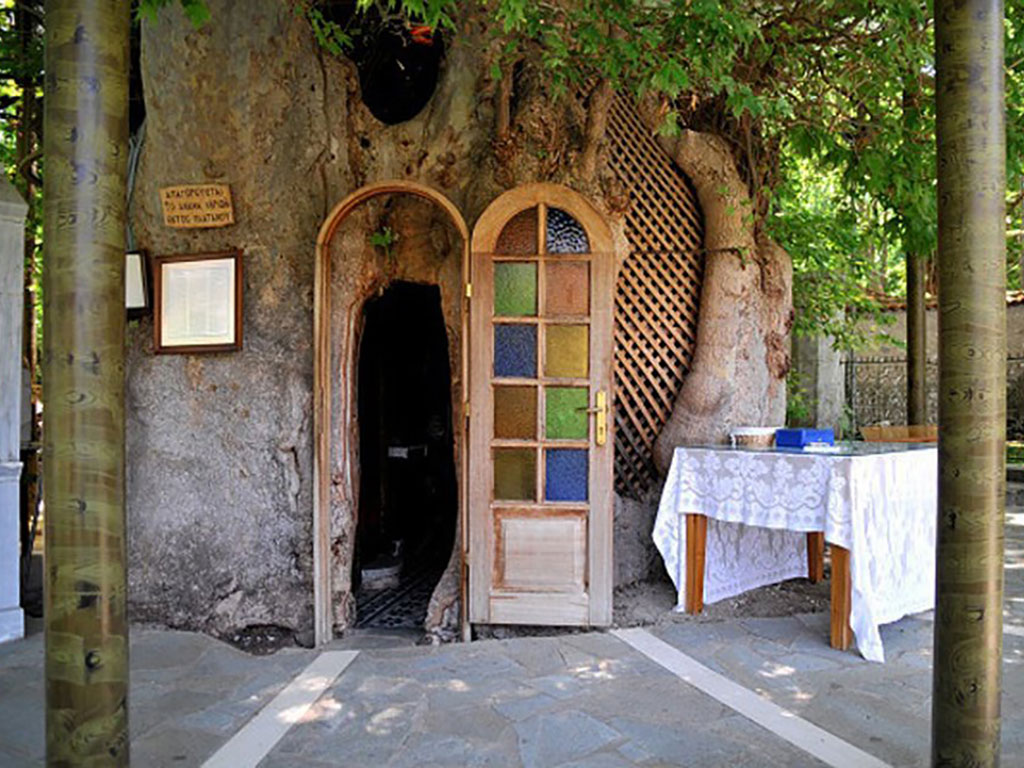 Church of Our Lady Plataniotissa 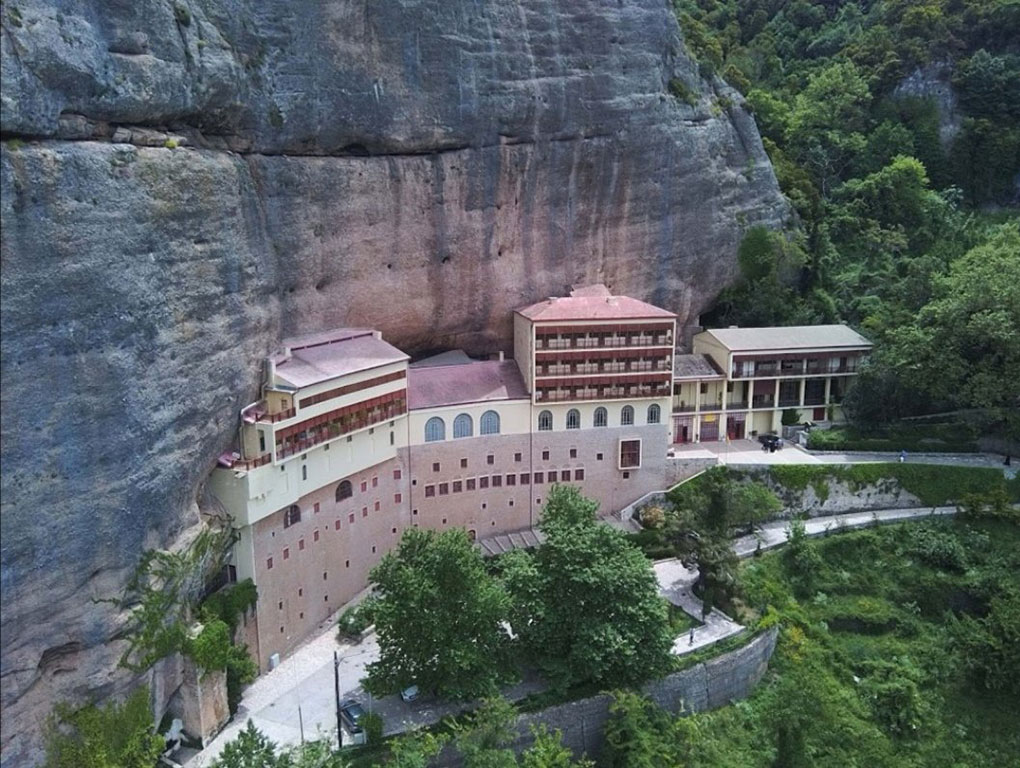