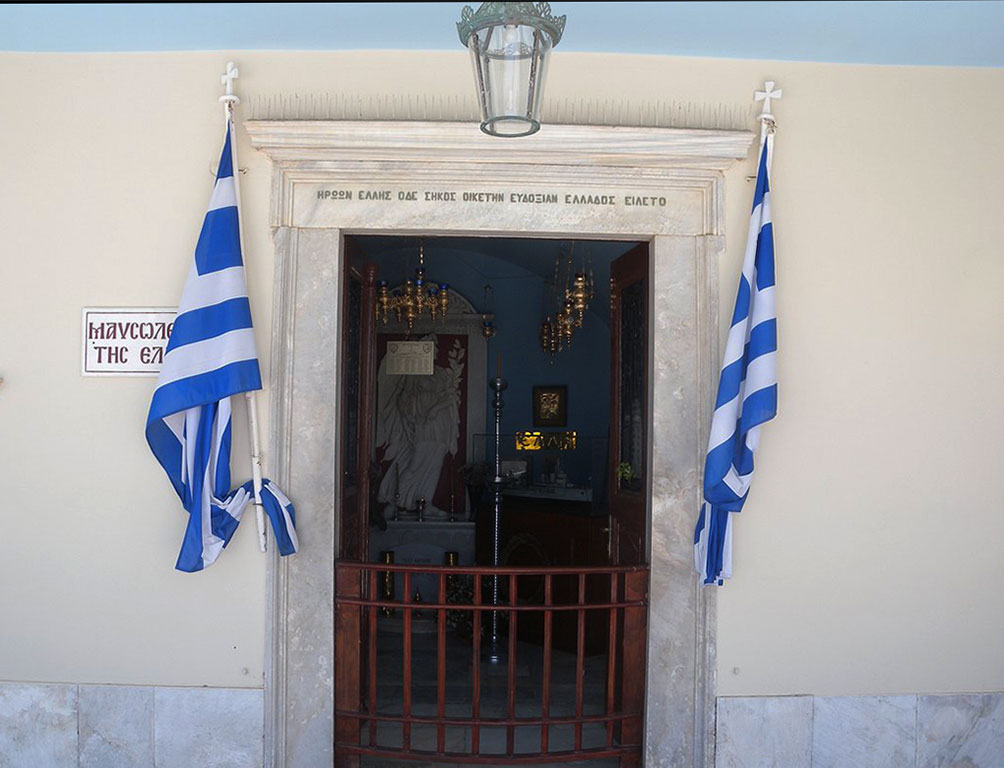 This small museum is housed in the building complex of the Church of Evagelistria, in Tinos. It awakens memories of the day that the Greek cruiser Elli, anchored outside the port of Tinos for the celebration of the Virgin, was attacked by an Italian submarine and sunk.

Here lie the first victims of World War II in Greece, all crew members of warship Elli. It also hosts part of the torpedo and various other objects that were rescued after the ship was lifted (1955) or washed ashore on the island. One of the cruiser's cannons, was saved, preserved and can be now found next to the monument of Elli, near the lighthouse of the old port.