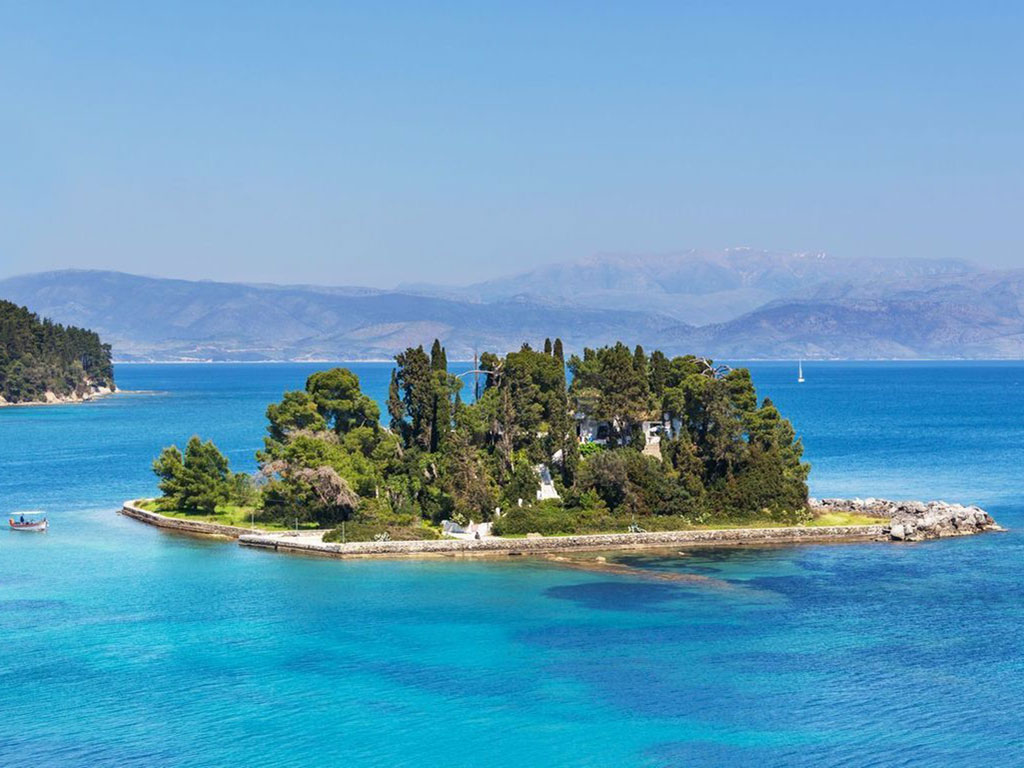 Ponitkonisi (Greek meaning “Mouse Island”) is the landmark of Corfu and one of the most photographed spots. The tiny islet lies at the entrance of Halikiopoulos lagoon, across the Corfu airport I.Kapodistrias. Pontikonisi is covered with tall cypresses and other plants of rare beauty. The island is considered a natural monument and any visit is prohibited. It can be visited it only in certain spots, under the strict supervision of the guards.

The name Pontikonisi comes from the size and especially the shape of the island as it looks from above. Another theory states, that during the 11th century there were many monks with origin of the area of Pontos living in the monastery, so the island was called Pontonisi that later on, was transformed to Pontikonisi. According to Homer’s epic poem "The Odyssey", the islet was actually the boat of Odysseus, King of Ithaca, that turned into a rock, by Poseidon, the God of the sea.

On the top of this tiny rocky islet, there is the 11th century Byzantine Church of Pantokrator, surrounded by dense vegetation. The church celebrates on August 6, day on which, pilgrims are allowed to visit the island. It takes some effort to climb the many steps needed to reach the monastery.

To get to Pontikonisi, you can take one of the little boats that departs from the small harbour of the Byzantine church of Vlacherna. However, the best view of Pontikonisi is from Kanoni. The small island along with the church of Panagia Vlacherna are the most picturesque spots of the island and are part of the scene that identifies Corfu for many decades worldwide.