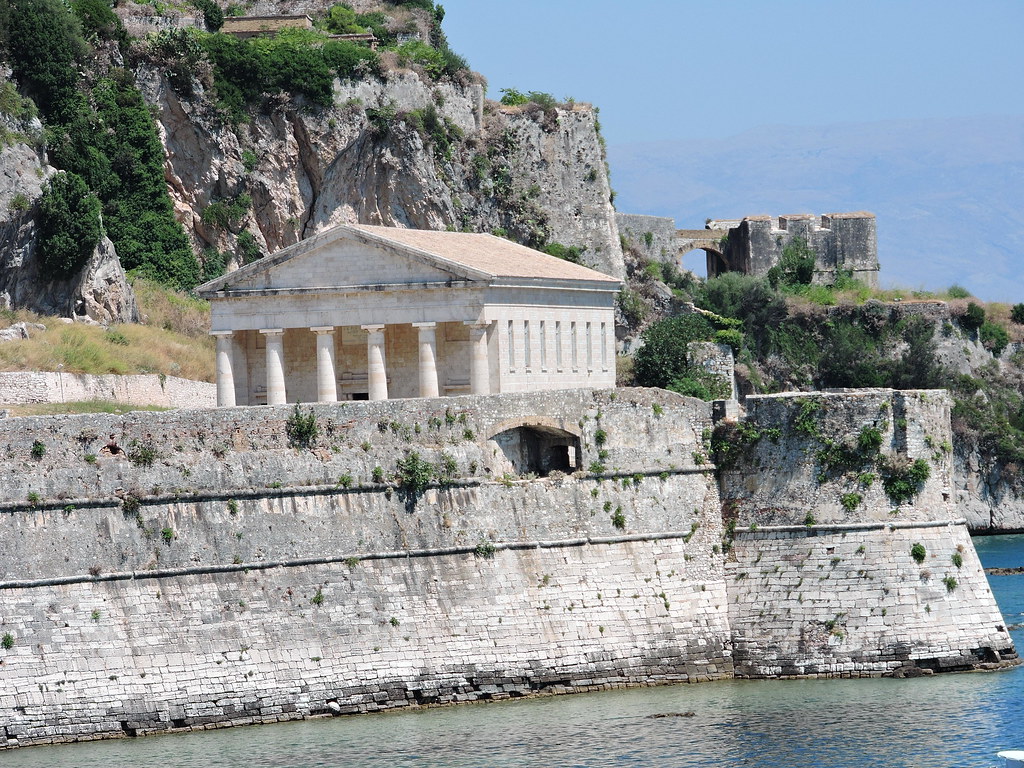 The Church of Agios Georgios (St. George) is located on the southern flanks the Old Fortress and is considered as one of the largest in size churches in Corfu. It was built as an Anglican church to meet the religious needs of the English garrison that was stationed in Corfu during the period of the English Protection (1814 - 1864). The construction began in 1840, based on drawings of the English officer and architect Emmet. For the construction of the church, material of demolished houses of the surrounding area was used.

When the city of Parga was ceded by the British to Ali Pasha in 1819, many residents of the city moved to Corfu and deposited icons of the city’s churches to the church of Agios Georgios, where they remained until March 25, 1930. Then the Metropolitan of Corfu and later Ecumenical Patriarch Athenagoras, after the procession of the icons through the streets of the town, handed them over to the people of Parga, who returned them back to the city of Parga with the battleship "Averoff".

In 1865, when Corfu was ceded to Greece, the church converted into a Greek Orthodox church. The inauguration took place on March 21, 1865 by Metropolitan Athanasios Politis, who dedicated the church to Agios Georgios, patron saint of infantry. The church was decorated with the stone iconostasis of Saint Spyridon, work of the famous Cretan hagiographer, Emmanuel Janne. The iconostasis was donated by the Voulgaris family.

The temple is of Georgian style and the outside resembles an ancient Doric temple. It has six columns of Doric style supporting a triangular roof. It was heavily damaged by German air raids during World War II. The bombardment resulted to the altering of the internal structure of the temple. Initially, two rows of pillars divided the temple into three parts forming a three-aisled basilica.

Today, the church hosts just one service a year, plus occasional concerts and exhibitions and various other cultural events.

Church of Metamorphosis of the Savior of Pontikonissi, Corfu