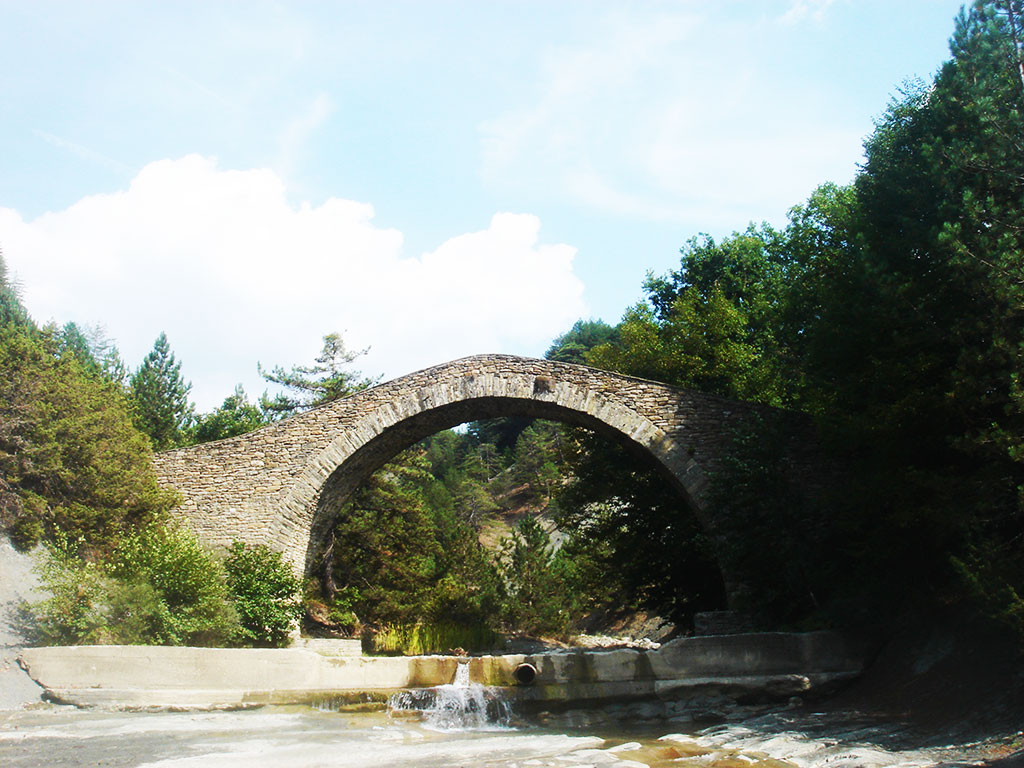 The alternation of colors and rocks of the wild relief surrounding the bridge of Nakis stimulates the imagination of the visitor, not unjustly, since the place is located on the border of the giant Smolikas mountain and the ends of the beautiful Voio, among forests, far from any human activity.
The downhill rocky road after Zouzouli soon leads to the homonymous stone bridge and the watermill of Nakis, located in the stream of Zouzouli. There is also a marked 40΄ trail, which starts from the center of the settlement. The European E6 trail, which runs from Samarina to Pentalofos, also crosses the bridge.
The bridge was built in 1880 at Kazania to connect Zouzouli, Fourka and Samarina with Pentalofos, making it the most important passage for merchants, travelers and the herds of the villagers from Epirus to Western Macedonia.
Tradition says that it was built with the sponsorship of a pipeline from Fourka in memory of his brother who drowned in the stream. Another version wants it to be built with the funding of the local lord, because he was moved by the drowning of a little girl, when her tselingatos tried to cross the rushing stream. The builders who built it were from Kastaniani in Konitsa and were considered to be the best in Epirus. Manthos Dimitrios from Zouzouli also attended its foundation, thanks to whom the date of its creation is known.
The bridge helped the inhabitants to pass safely to Tsotili and Grevena or the winters of Thessaly. It was named after the owner (Yannis Antoniou) of the stone watermill next to it. The watermill was rebuilt with a community program a few years ago, but unfortunately its entire roof collapsed due to poor static study.
Photo: Argyris Pafilis