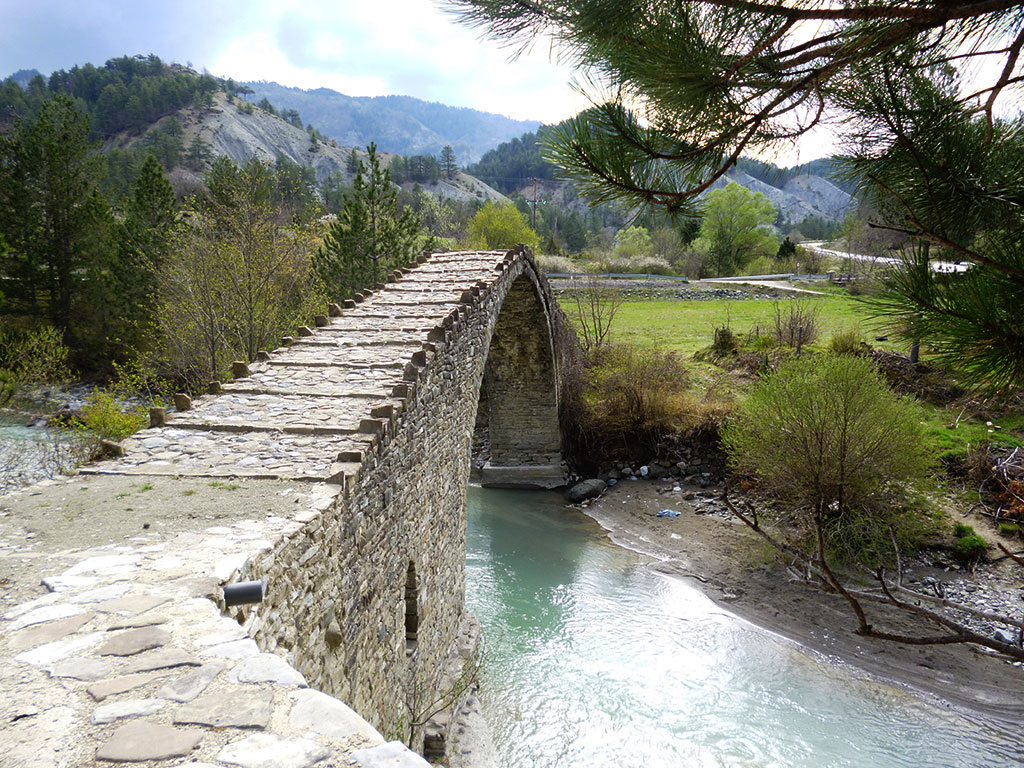 According to oral tradition, the bridge was built in the late 18th or early 19th century. It is located behind Tagiaros, in the area of Fraxos. It bridges the banks of the Zouzouliotiko stream and used to connect the village of Zouzouli with Eptachori. It was constructed by the local craftsmen Georgios Dimou, Tsiamochristos and the Galanis brothers.  In kleidi, the middle stone of the arch that ensures the stability of the entire bridge, there is a carved head. An interesting architectural element is the small relieving window on the west side of the bridge. In the old days there used to be a watermill next to the bridge.

In 1988 the bridge was declared a work of art and a historical monument by the Ministry of Culture. In the early 1990s, it was restored with funds of the Eptachori Community. During the Ottoman Era, the bridge was part of the busy road that led from Epirus to Macedonia. From the main square of Eptachori starts a signaled, 45-minute trekking path that leads to the bridge of Kousioumbli.