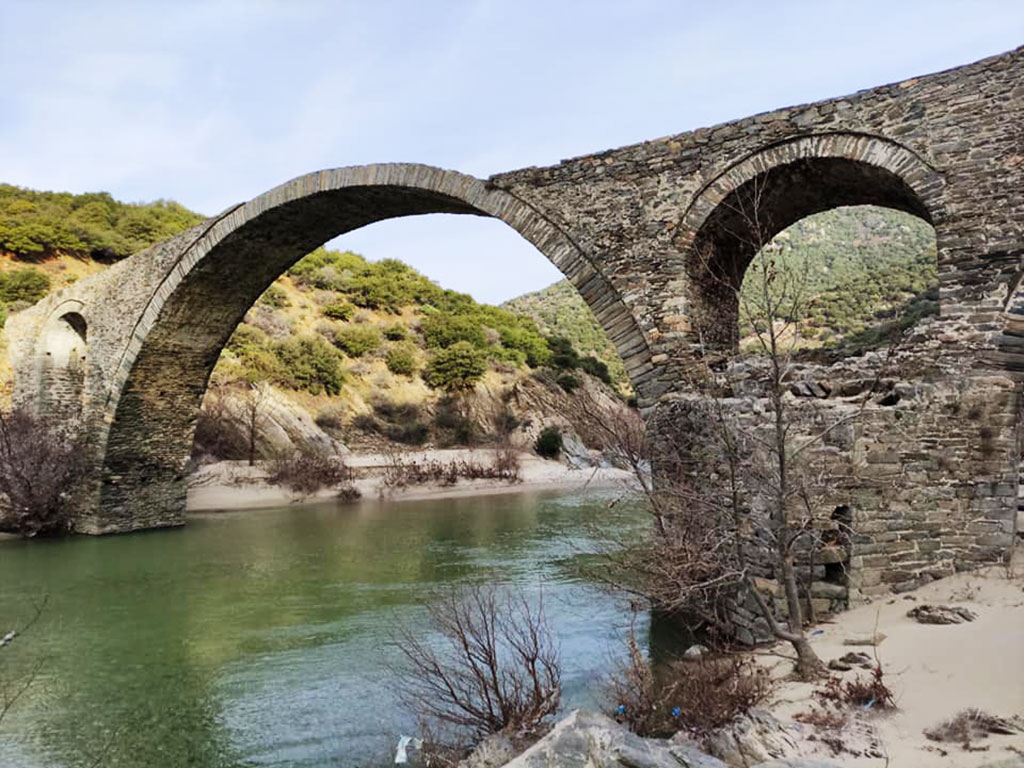 Τhe stone bridge of Komsatos lies between the villages of Iasmos and Polyanthos, about 500 m. north of the current bridge of the provincial road Xanthi - Komotini through Iasmos. It is located at the exit of the Komsatos river from the mountain range of Rodopi into the Thracian plain. The river Komsatos is identified with the river Kossinitis.
In the surrounding area, several sites with pre-Christian and Christian antiquities have been located, mainly the Byzantine castle of Polyanthos and a three-aisled early Christian basilica between the village of Polyanthos and the bridge. The bridge was a three-arched bridge with direction from west to east.
Only the middle and eastern arc as well as the eastern apex survive. The middle arch slightly elevated was the largest one. It has an opening of 21.80 m and a height of 12 m. The east arc has an opening of 17 m. At the two mezzanines there are openings with a flat base and an arched roof. It is built of paved stones. It is considered the work of mainland craftsmen. It dates back to the 15th century.
The visitor can easily visit it following the information signs from the village of Polyanthos, walking a distance of 400-600 meters.
Source: Stavroula Dadaki, archaeologist, Ministry of Culture 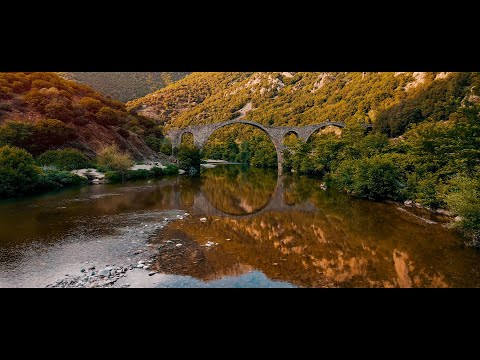