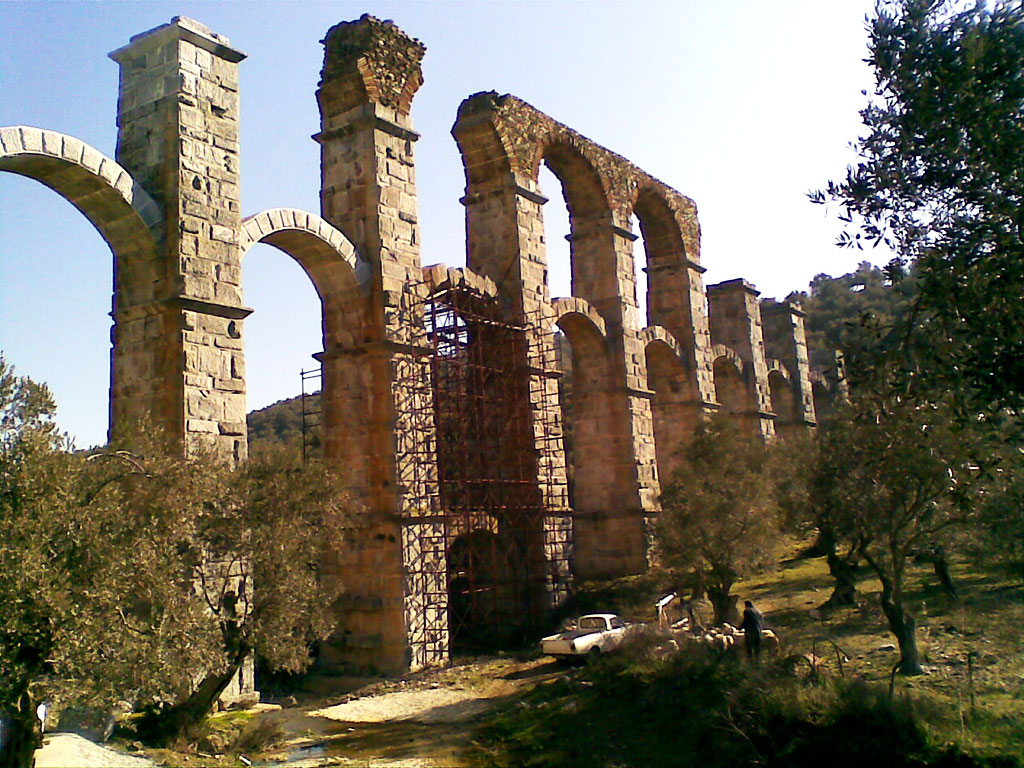 The Roman aqueduct of Mytilene was probably constructed at the end of the 2nd or the beginning of the 3rd century A.D. Because of its typical classicistic elements it was considered to have been built by Hadrian. It was used to transport water from the copious springs of mount Olympos to the ancient city of Mytilene, at a distance of ca.26 km. It supplied the city with large quantities of water and its carrying capacity has been estimated at 127.000 cubic meters a day.

Part of the row of arches of the Roman aqueduct of Mytilene is visible at the site called Moria. The preserved section is 170 m. long and includes seventeen arches. Every opening is subdivided into three arches supported by a pillar and each pillar is crowned by a capital bearing a cymatium and abacus. The wall masonry is built in the "emplekton" system, with two parallel rows of stone filled with rubble. The pillars and the arcs of the arches are built of local marble.