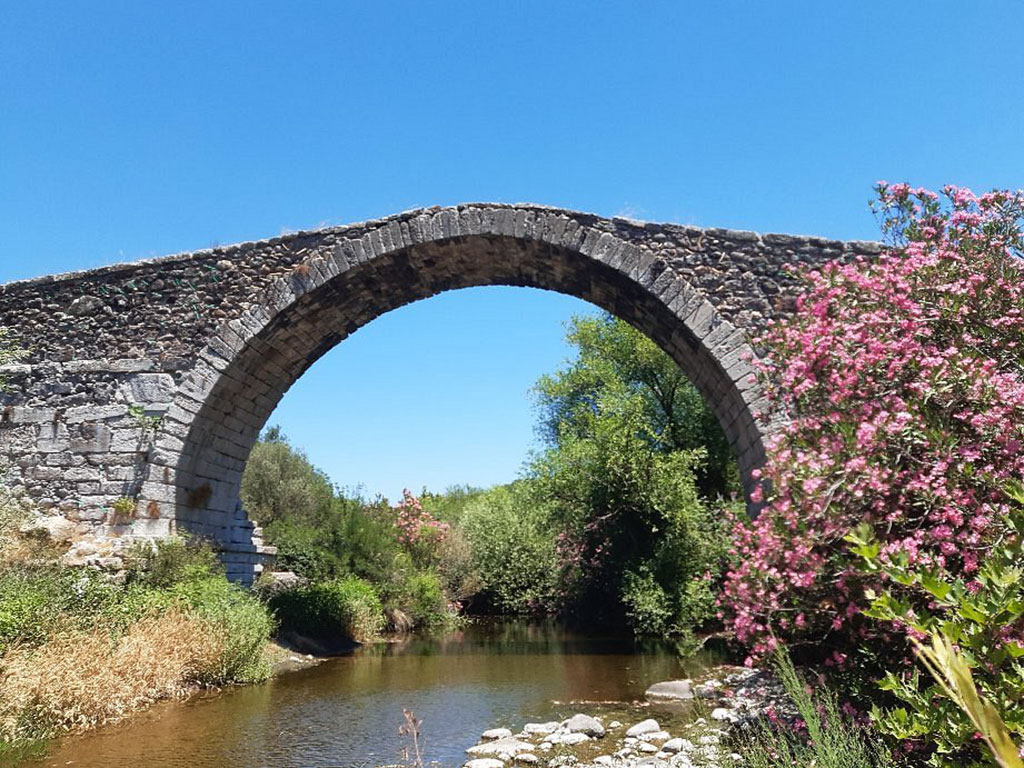 Set in a tranquil rural location, the 8.5m high bridge is one of the most striking buildings of medieval architecture in Lesvos and one of the best-preserved medieval stone bridges in Greece. Spanning over the rushing waters of the Kakara stream, a tributary of the Tsinias River, provided a crossing point from the eastern part of Lesvos to the north and west, serving military and transportation needs to and from the castle in Mithymna. According to legends it was built during the Venetian occupation (1355-1462) by Gatelouzi, however, comparative architectural historic research places it chronologically in the 16th century.

The story goes that the craftsman's wife was bricked in it, in order the bridge to be strong and steady over the centuries. Oddly enough, this same story is told about the bridge at Arta. Although, this is a bit off the beaten track, it is really a great spot for seeing up close a medieval bridge, beautifully designed and made. It is only a 10-minute diversion and it is definitely a great little gem for any history buffs. The bridge is located 3 km northwest of Agia Paraskevi, in the northern part of the island.