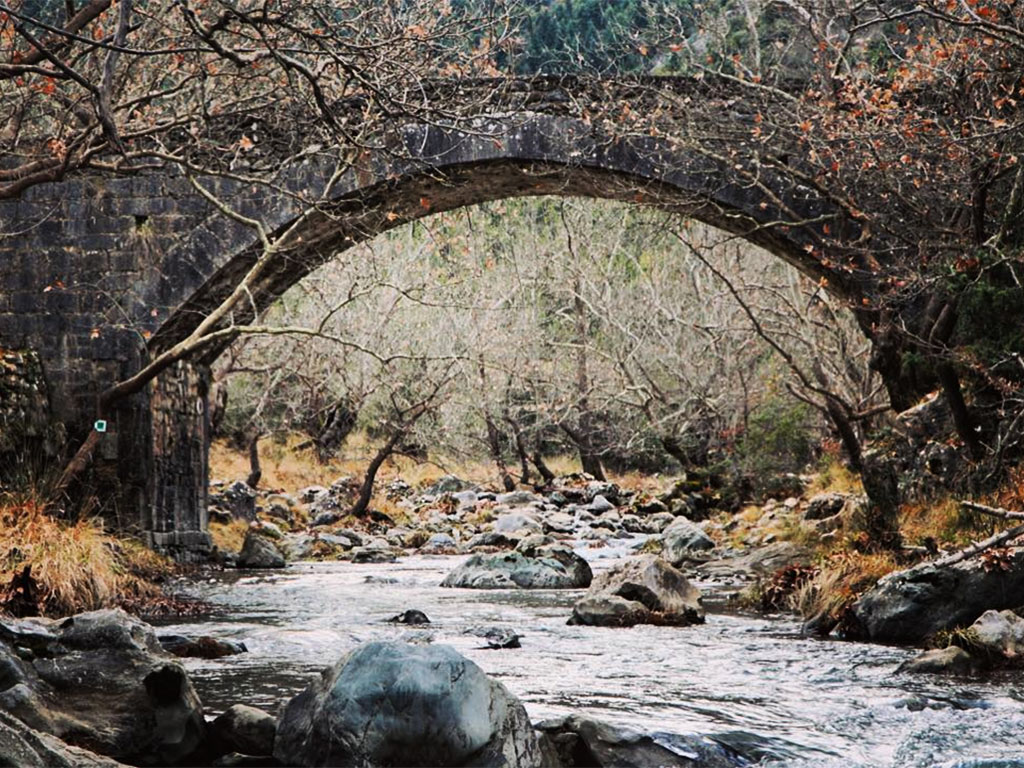 Τzavarenas' stone bridge secured the connection between Vytina and the villages of western Gortynia. It is a single-arched bridge of historical and architectural value. According to historical records, it was built in 1868 on the site of an older bridge that had been swept away by the rushing waters of the river. It was named after a woman with the same name from the village of Vytina for some unknown to us reason or after the nearby natural pools known as "Tzavarenas' lakes".