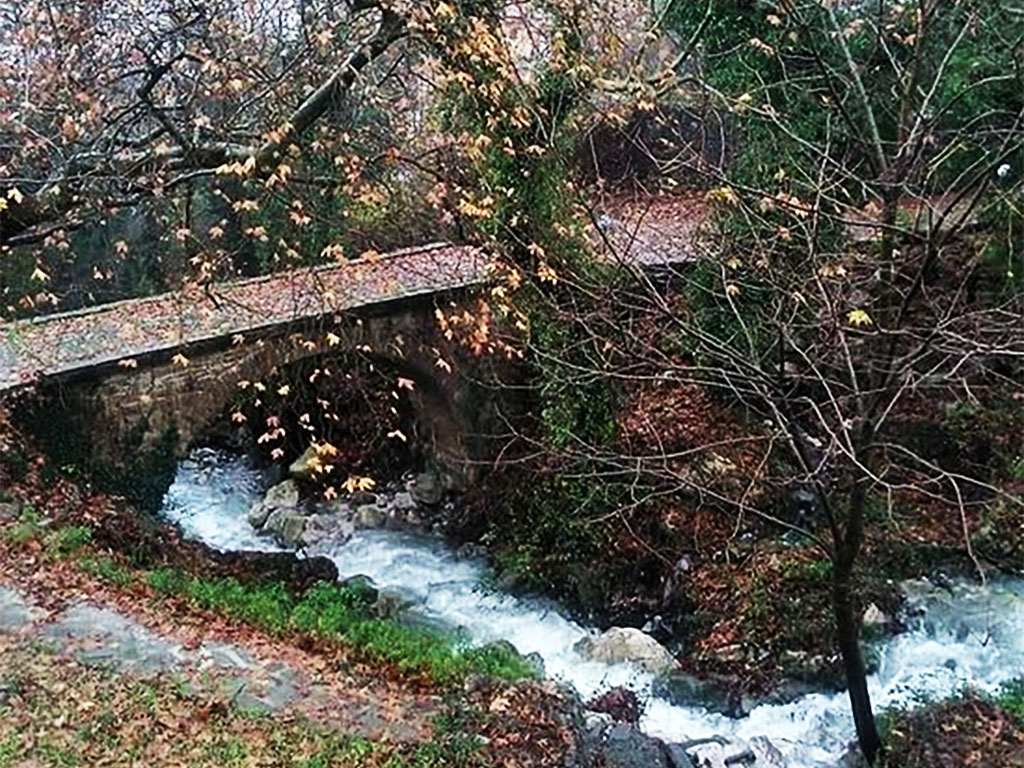 The stone bridge at Korais stream is situated in the village of Vourgareli in the prefecture of Arta. It is a single-arched bridge, that spans over Korais stream, a tributary of Arachthos river. Α masterpiece of local folk architecture which in the past served as a communication bridge between Vourgareli and the nearby villages. A new modern bridge has been built next to it, through which wheeled vehicles pass, nowadays. The traditional bridge is only a few minutes away from the center of the village and access is very easy. The spot can be a starting point for hiking to the picturesque  stone bridge of Neraida.