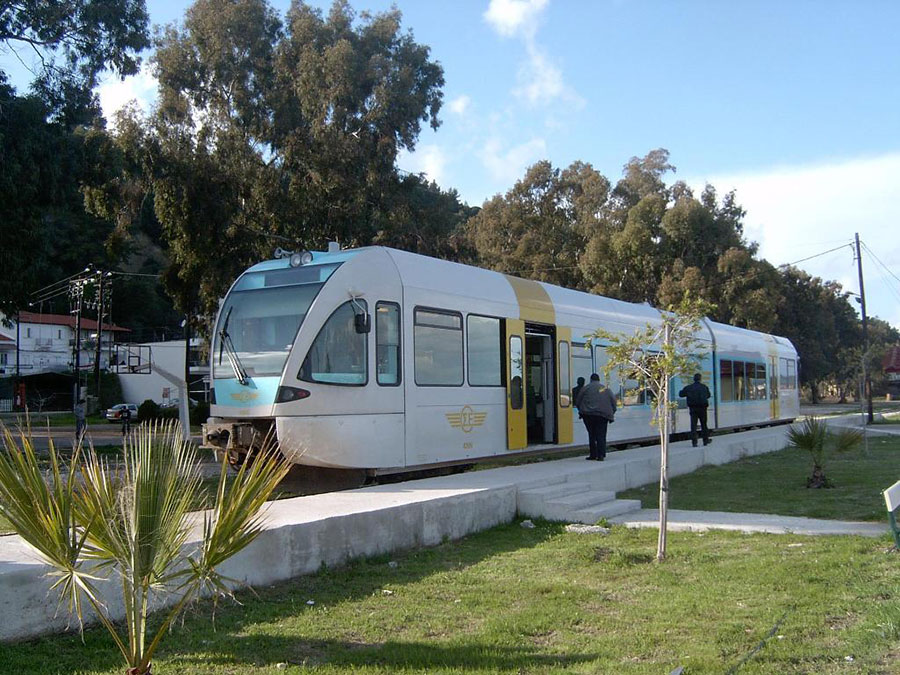 From the scenic little port of Katakolo, the train will travel you through the magnificent history of Ancient Olympia.

The journey from Katakolo to Olympia lasts for approximately 45 minutes and the round trip ticket price is only 10€. It’s a beautiful and extremely popular route, both amongst the international visitors from cruise ships and Greek travelers that prefer the train for their transports.

The small scenic harbor of Katakolo is the main heaven of Pyrgos and a beautiful tourist attraction. The Museum of Ancient Greek Technology holds approximately 150 models of mechanisms and inventions of the ancient world from 2000 BC until 100 AD and is definitely worth a visit.  Small forested hills surround the port of Katakolo, which is a popular stop for cruise ships on tours of the Mediterranean and the Ionian Sea, offering passengers the chance to visit the site of Ancient Olympia.

The train will take you to Olympia, giving you the chance to visit the archaeological site, where the first ever Olympic Games took place in 776 BC to honor the Olympian Zeus. You can also visit the Sanctuary of Zeus, the temples and the stadium, not to mention the museum that houses many of the findings recovered during the local excavations.

The museum also hosts a reenactment of the ancient buildings, arranged as if they were in their natural place. The most important buildings are the Roman portico, the Prytaneion, the Philippeion, the Heraion where Hermes of Praxiteles was discovered, the Pelopeio, the Nymphaion, the Metroon and further down the stadium with Echos’ arcade.

The magnificent temple of Zeus, one of the biggest monuments in Greece in wealth, size and symbolic value that once housed the chryselephantine statue of Zeus, was located next to the large Stadium, with had a capacity of 40.000 spectators. The tourist will also have the chance to visit the Parliament, the South Gallery, the Leonidaio, where the official guests of the Olympic Games were hosted, the Palaestra of the 3rd century BC and the Gymnasium, where the athletes were training.