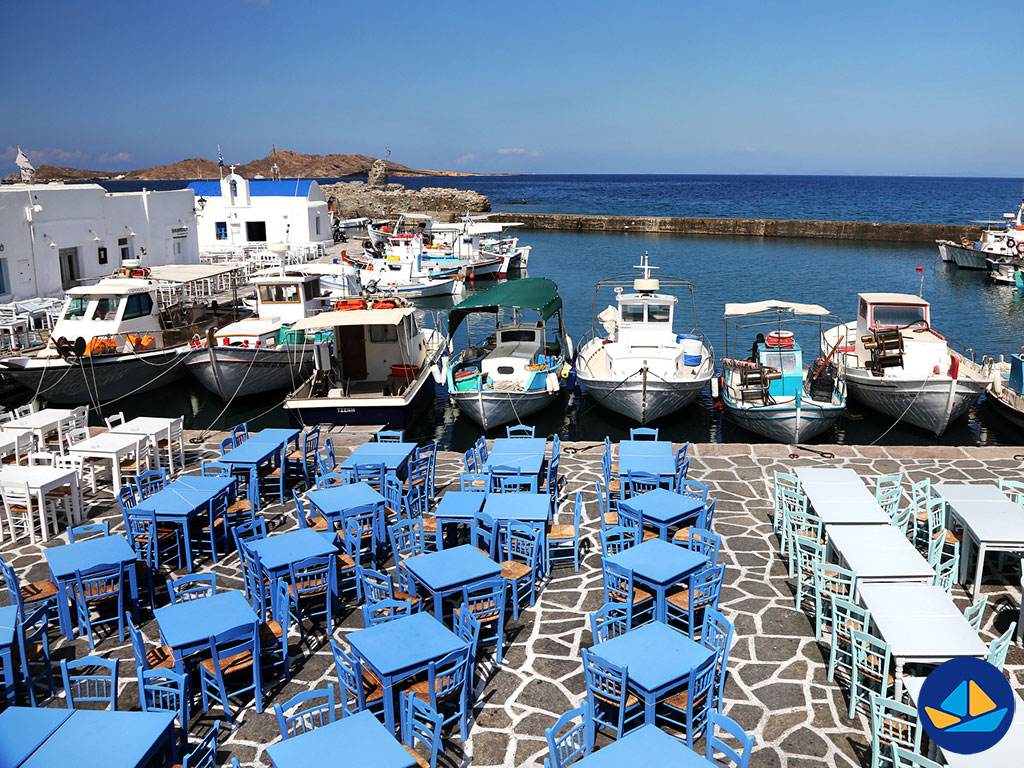 Naoussa is the second largest village of Paros and it is located in the northeastern corner of the island, 11 kilometers from Parikia. It is a popular tourist destination with an exciting nightlife and one of the most beautiful fishing villages in Greece, having maintained its original character. The traditional, whitewashed houses with the flowers and the quaint stone-paved streets give Naoussa an otherworldly sort of beauty.

It has a safe harbor for fishing and sailing boats and one of the largest fishing fleets in the Cyclades. The old fishing port  is one of the most beautiful corners of the Aegean Sea and the spiritual center of Naoussa. That is the spot where you will find many cafes, which during the evening hours become bars, and fish restaurants, which in the past had the important role of fishermen's warehouses.

Naoussa was built around the port during the Byzantine period and has played an important role since the time of Komnenos. It was fortified with a wall that ended in the castle. Even today parts of it are preserved and are of great historical and archaeological interest. The castle was built by the Venetians while nearby is the church of Agios Nikolaos protector of sailors and fishermen. In its square is the church of Panagia Pantanassa while on the hill of the settlement is the church of the Assumption of the Virgin.

In short distance there are several remarkable monasteries with ornate iconostasis, frescoes and original architectural styles. These include the historic Monastery of Agios Athanasios in Protoria, whose cells after renovation have been converted into a Byzantine museum where exhibits wood carvings, sculptures of the Byzantine and Venetian period, many cult utensils, icons of Parian and Cretan 13th and 12th century. Some  of the most important are the "Prayer" (15th century), the "Apostasy" (16th century) and the "Virgin Mary holding the baby" (also the 16th century), as well as the only hagiography section that survived from the Byzantine church. It is noted that this monastery during the Turkish occupation served as a school for the Catholics.

In the Folklore Museum of the village there are traditional costumes (men and women) not only from the Cyclades but also from various other areas of Greece created by the dance folk group "Naoussa Paros", as well as the folklore collection of Dr. Othonas Kaparos which includes a library, a rich photographic archive and some archeological finds. Other sights are the Mycenaean palace of 1200 BC. found in Koukounaries and archeological findings from the excavation there are exhibited in the Archaeological Museum, the Early Cycladic cemetery (Plastira) where many figurines and tombs of special interest have been found, which according to their characteristics date to the Early Cycladic period and the islet of Agia Kali on which the Russians with their leaders Orloff had set up their headquarters when they occupied the Cyclades in 1770.

Near Naoussa there is the beautiful beach of Kolimbithres with its colorful rocks and strange formations. Other beautiful beaches nearby is Santa Maria, Piperaki, Piperi, Monastiri and Langeri.

During the summer, many festivals and events are organized, such as the fish festival and the Kursari night, on August 23, which represents the looting of the village by pirates and is accompanied by the burning of sparklers and a big party with lots of wine and seafood. 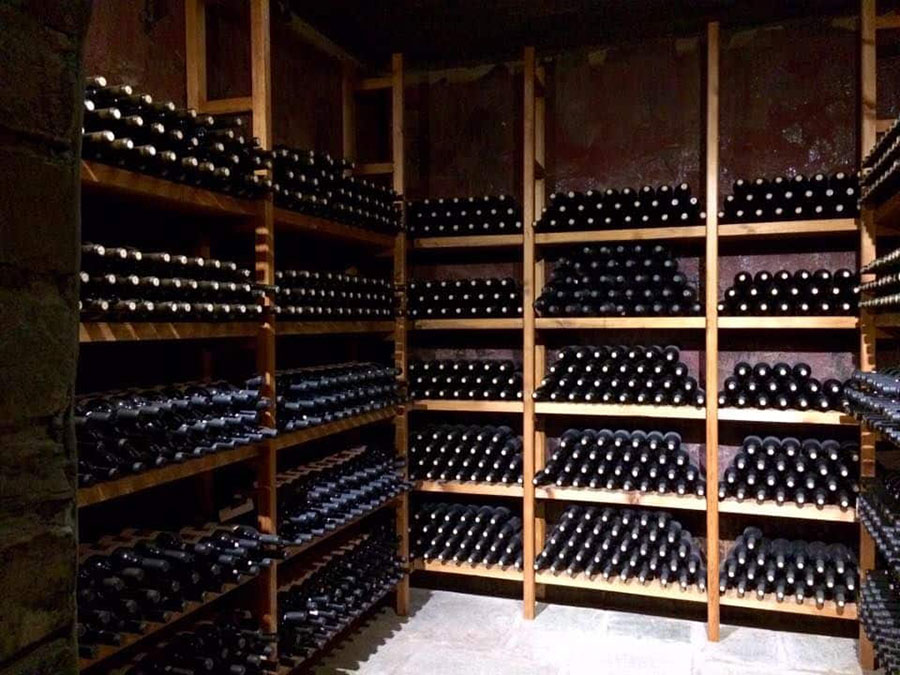 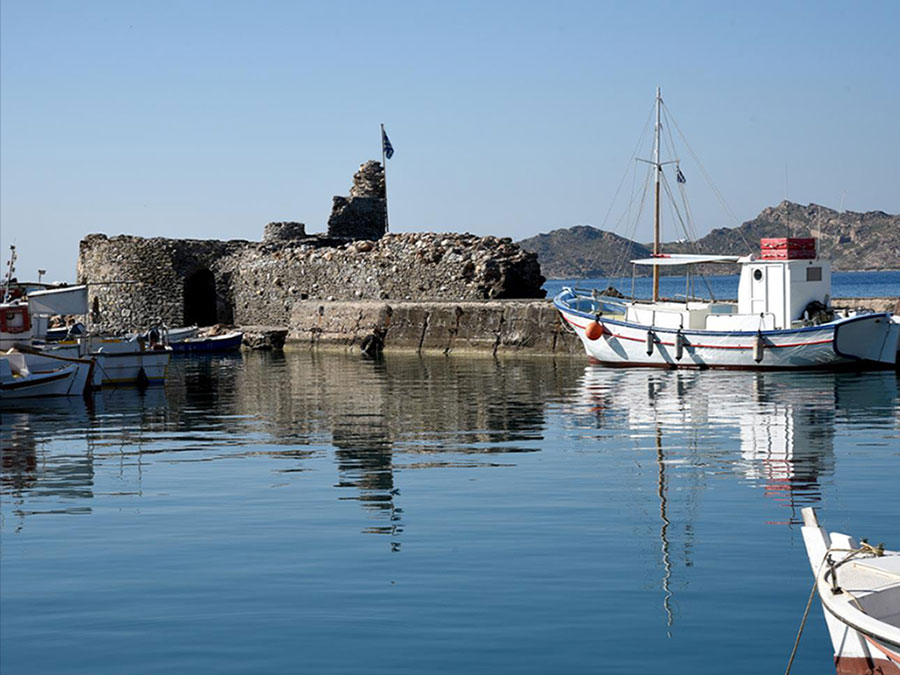 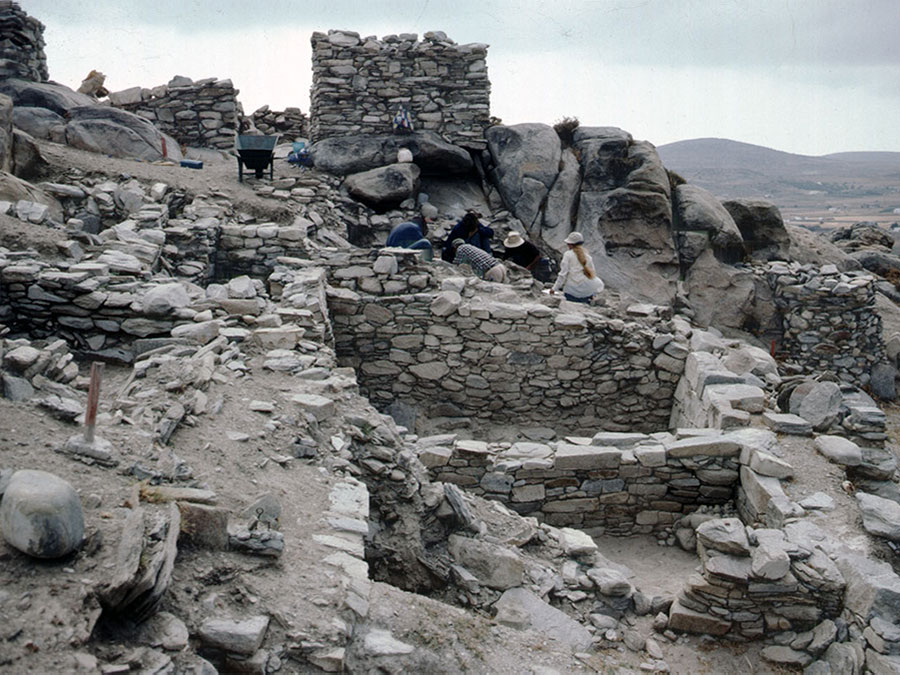 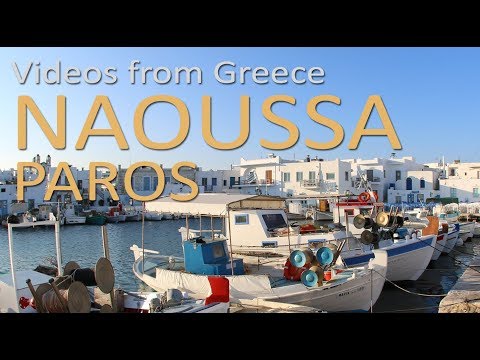