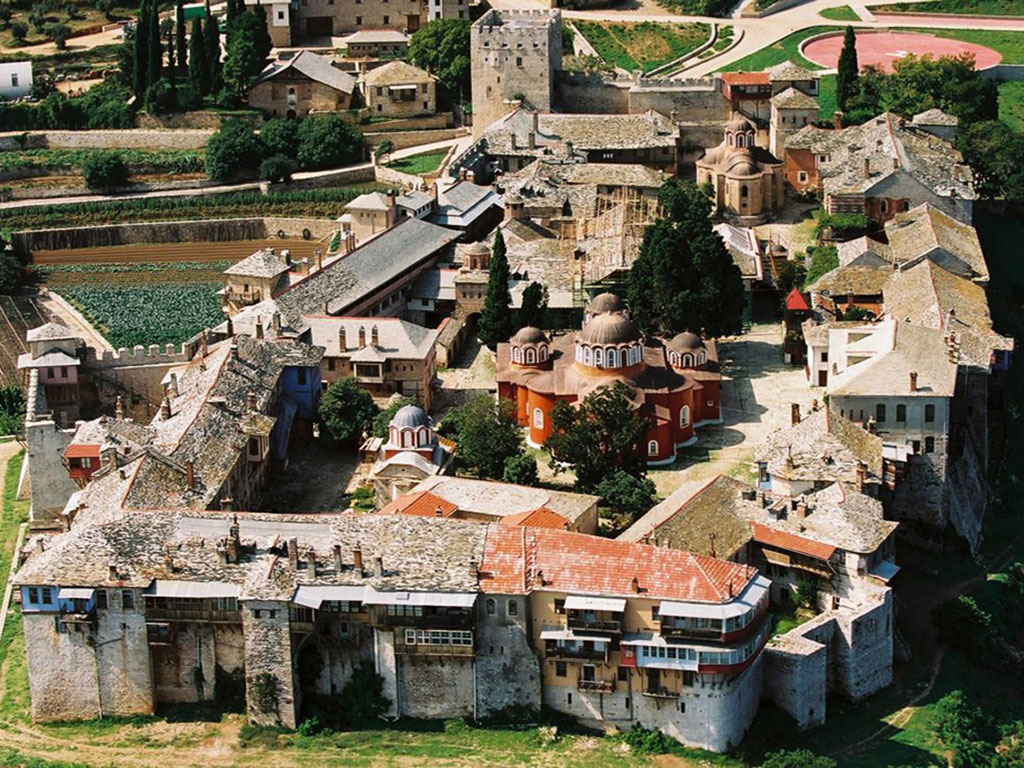 The monastery of Great Lavra was the first monastery built on Mount Athos. It was founded in 963 by Saint Athanasius the Athonite with the financial support of the emperors in Constantinople including Nikephorus Phocas and Ioannis Tsimiskes. The monastery is located on the southeastern foot of the Mount at an elevation of 40 meters (43 yd) and is ranked first in the hierarchical order of the Mount Athos monasteries. The arsanas (port) of the Monastery is located about 20 minutes away. Its founding marks the beginning of the organized monastic life at Mount Athos. At the location of the monastery, there was one of the ancient cities of the Athos peninsula, perhaps Akrothooi. The history of Great Lavra is the most complete compared to the history of the other monasteries, because its historical archives were preserved almost intact. The archives of Lavra are also a precious resource for the Byzantinist, since they contain 172 acts dating before 1453.

The Holy Monastery of Great Lavra was built in the form of a small fortress. The building project began with the protective walls and continued to the church and cells. In addition, comprises a holy well, dining room, kitchen, oil repository, relic storage, vestry, sanitarium and library. During the 11th century there were 700 monks but in the 14th century the monastery suffered, like all the other monasteries on Mount Athos from pirate raids. The result of the crisis was the formation of a peculiar way of monasticism, the idiorhythmic way. There were some attempts to help the monastery operate again under cenobitic monasticism but without result. Finally, the monastery became again cenobitic in 1980.

There are 37 chapels associated with the Lavra monastery, located both within and outside the fortress walls. The central church (katholikon) is a domed four-column church that was modified over time to a more cruciform shape. In 1535, the Katholikon was decorated with frescoes made by the great Cretan painter Theophanes Strelitsa. Besides the Katholikon, Theofanis Strelitsas and his 2 sons also decorated the dining hall, and part of the oil repository and the kitchen. The narthex was painted in 1954. The katholikon was built in 962/3 and was initially dedicated to the Annunciation of the Blessed Virgin Mary, but was re-dedicated to St. Athanasius in the 15th century. His tomb is located in the chapel of the Forty Martyrs, next to the narthex of the Katholikon. The architectural style of the church became an architectural standard and was copied by all the other monasteries on Mount Athos.

Among the many priceless treasures of the Monastery is the icon of Our Lady Koukouzelissa, patriarchal and imperial dalmatics, and sacred relics. The library of the Lavra contains some 2.116 Greek manuscripts and 165 codices. There are also 20.000 printed books and about 100 manuscripts in other languages. The collection is the richest collection among all monasteries at Mount Athos. The three famous Sketes of St John the Baptist, St Anne (Agia Anna), and Kafsakalyvia, a large group of cells and some ascetics' retreats, are all possessions of the Lavra. Today there are some 50 monks living in the Monastery and around 300 in its dependencies. The monastery remains open throughout the year from sunrise until sunset. 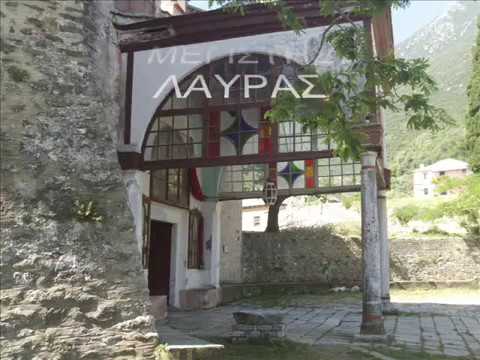