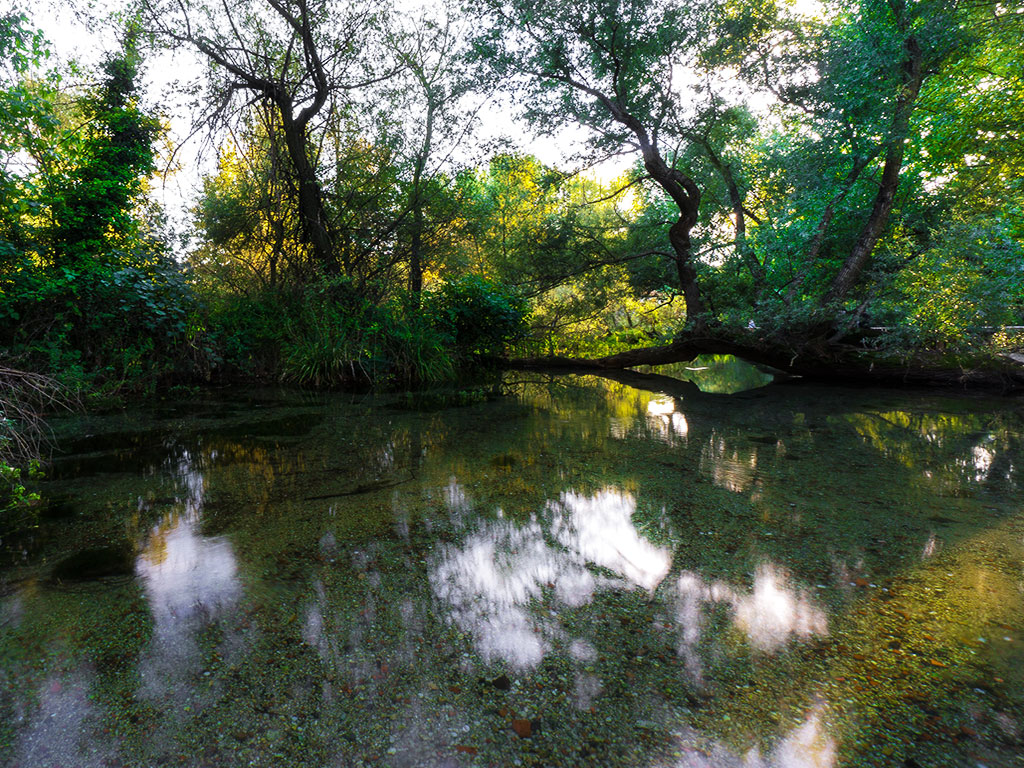 The park of Agia Varvara is the landmark of Drama and one of the most important urban tourism assets in the wider region. It covers an area of 60 acres, in the heart of the city and owes its name to the homonymous church of Agia Varvara, patron saint of the city, located there. The day of honor of the memory of Agia Varvara, on December 4, the inhabitants of the city light candles on improvided boats floating in the park lake creating a stunning backdrop that attracts young and old.

The configuration of the park was based on a study by the Technical University of Thessaloniki headed by the architect Dimitris Fatouros. The project was awarded the first prize in Hamburg, as the best study for the development of a tourist space in an urban area. This unique park has been included in recent years, among the 60 best parks in Europe, within the framework of the Culture 2000 program.

Hundreds of locals and tourists visit this beautiful recreation area daily, to enjoy the tranquility of the landscape. Visitors are impressed by the rich vegetation and the abundant running waters, the sources of which are also located within the park. Drama is a city famous for the abundance of water gushing in the area hence the etymology of the name Drama from "Hydrama".

It is a unique wetland for the city with the lakes, rivers and waterfalls, to create the best "home" for fish, ducks, geese and swans. Beautiful wooden bridges and paths in a landscape of incredible natural beauty, make the park a unique recreation area for visitors at all seasons. Inside the park is also located the open-air amphitheater of Drama, another remarkable cultural center of the city that hosts various performances especially during the summer months as well as the hall where the short film festival is organized every year.