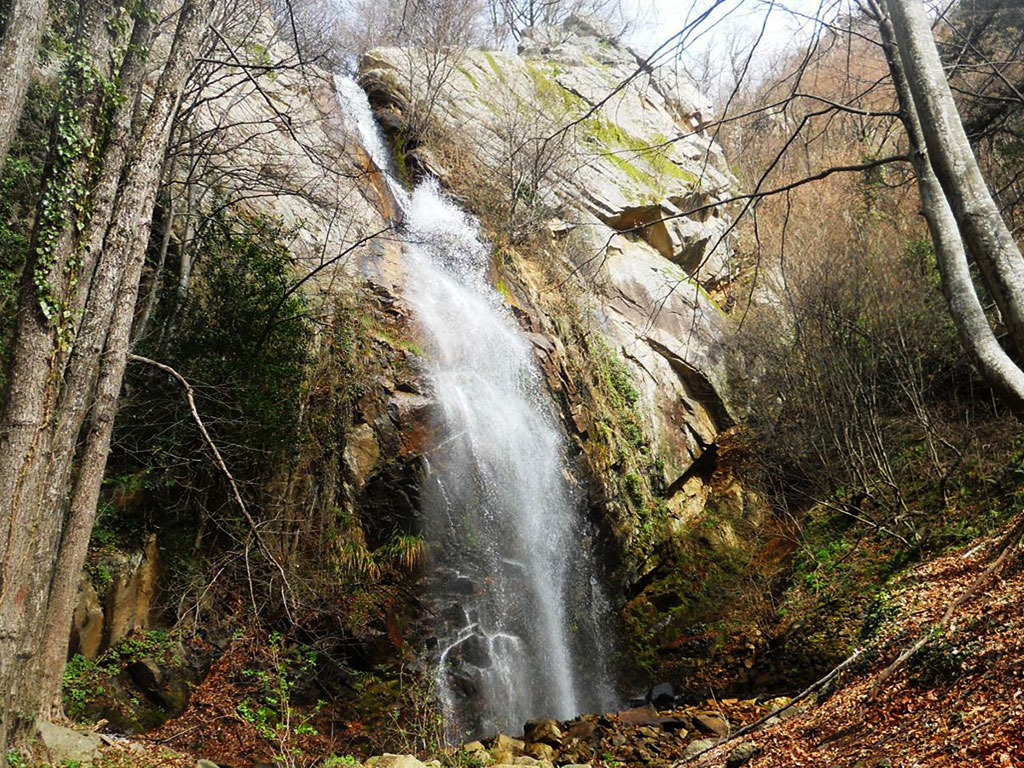 Mouria waterfall (Belles) is located on Mount Belles, north of the village of Mouries in Kilkis. The flow of water is great all year round and comes from a stream that originates from Mount Belles at an altitude of about 1450 m while the base of the waterfall is located at an altitude of 730 m. The stream then heads south to the Mouria Railway Station and after joining other streams in the area it turns west and empties into Lake Doirani.
The access from Mouria Railway Station to the waterfall are made from an asphalt road about 4 km initially and a dirt road in good condition in general for about 3 km which leads us to the beginning of a path where there is a recreation area with benches and a barbecue.
The path in the first 500 m is paved among trees and passes over a wooden bridge. In the last 200 meters to the waterfall is an obvious path. Above the waterfall are smaller passages that form small ponds. The entire trail and the waterfall are located in a dense forest of maples, plane trees, beeches, oaks, and hedges. 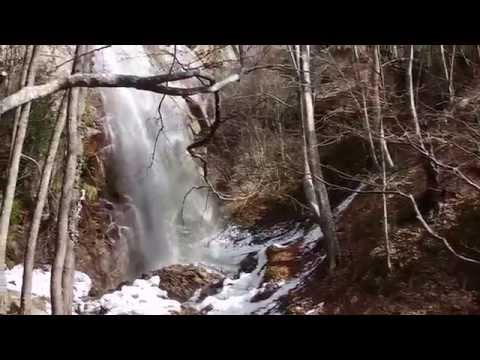