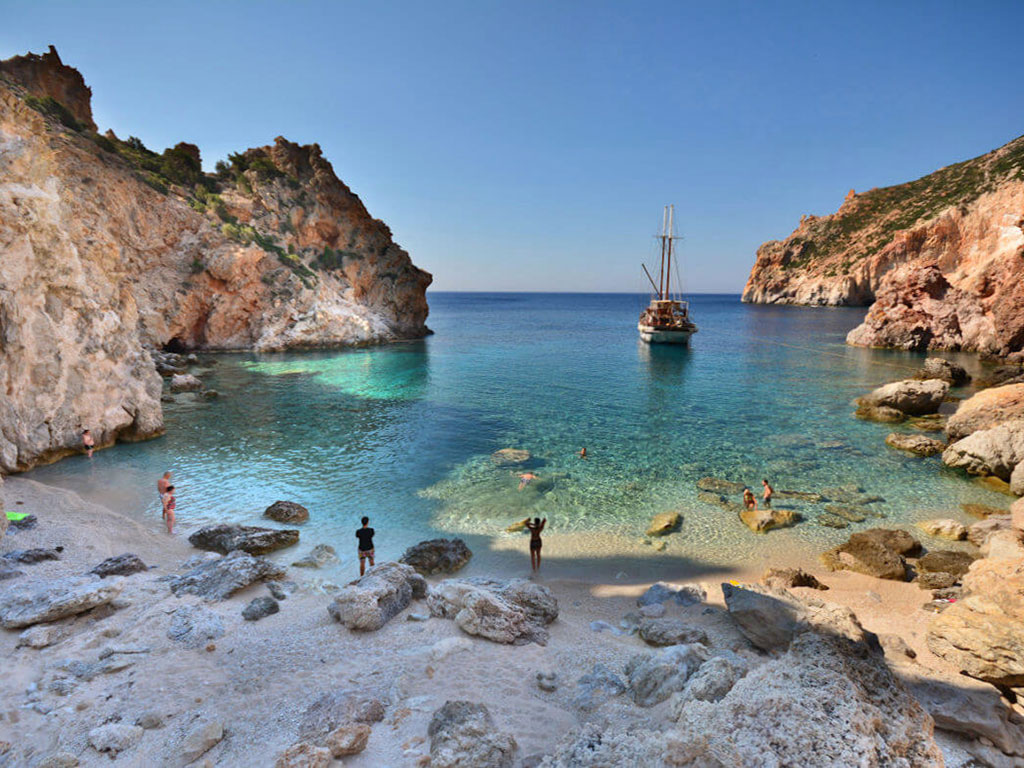 Polýaigos or Polivos is a small island in the Cyclades one nautical mile to the northeast of Kimolos. The island is mostly owned by the Greek Orthodox church that rents land to shepherds of Milos and Kimolos. Once the island of Polyaigos was inhabited, but now is the largest uninhabited island of Greece and one of the largest uninhabited islands in the Mediterranean Sea.  The rocks that form the coastline of Polyaigos have wonderful colors of white, pink and orange. To the east of the islet is the islet of Manolonisi or "the island of Manolis" and to the south the islets of Kalogeri.

There are indications that the island was inhabited from the Mesolithic Period. In older times it had a few residents, mainly stockbreeders living in a small settlement that is now abandoned and in ruins. Back in 1951 it had 14 inhabitants while even earlier it is mentioned that 170 people lived there. There is still a church dedicated to The Virgin Mary which dates from 1622 and was part of a now deserted monastery. There is also a lighthouse which became automated in the last years. In the old days on the island there were two mines as the island is rich in industrial minerals, mainly silver barite (heavy spar).

In Polýaigos there are some magnificent beaches, mainly on the southern part of the island. The most famous beaches are located in the bays of Kato and Ano Mersini One of them is the "Blue Bay" beach. A bay which looks a bit like an amphitheater with white rocks around the sea and with deep blue water.

The island has great geological and ecological importance since it hosts rare or even endangered endemic species of fauna and flora, like the Mediterranean seal Monachus monachus, the endemic adder Microvipera schweizeri (which lives only in Kimolos, Polyaigos, Milos and Sifnos), the endemic blue lizard Podarcis milensis, the falcon Falco eleonore (75% of the world population lives on the Aegean islands), ο Spizaetos (Hieraaetus fasciatus), 32 endemic, rare or even endangered species of plants and a lot of wild goats. For its significant ecological value Polyaigos has been incorporated to the network of Natura. The beautiful unspoilt island is only accessible with private boats.