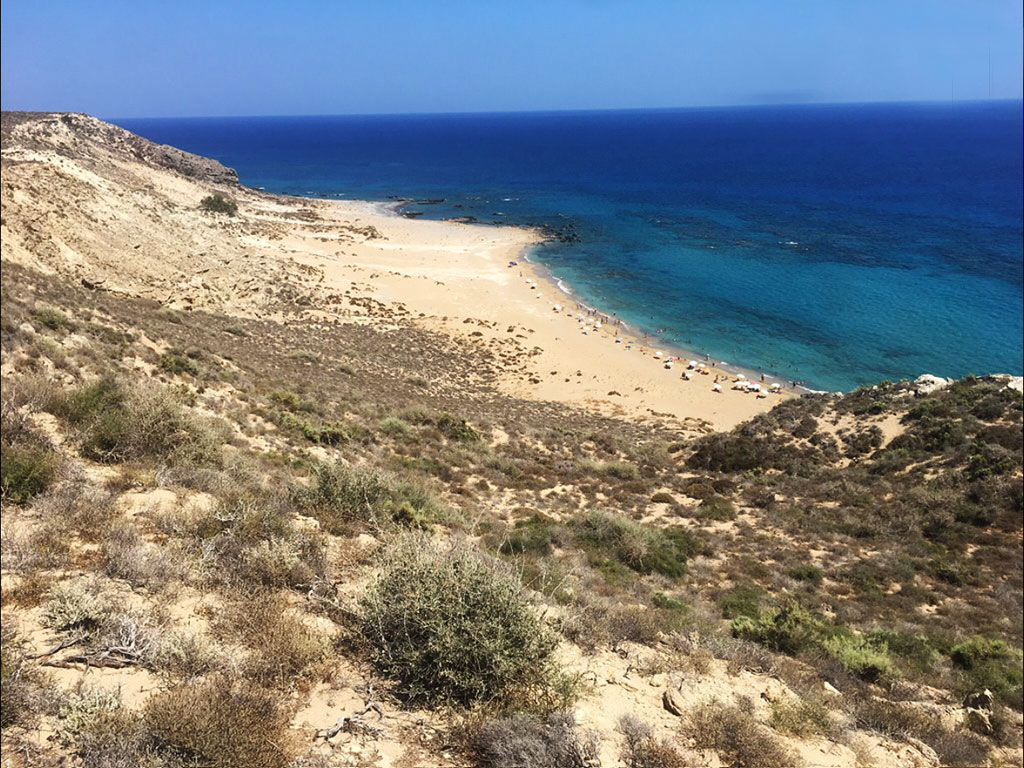 The small desert island of Koufonisi lies in the South Cretan Sea, 3 nautical miles, south of Cape Gouderos on the coast of Lasithi. It is the largest of a cluster of 5 islands: Makroulo, Stroggylo, Trachilas and Marmara. Koufonisi is also known as Lefki (meaning white in Greek) probably because of its impressive white sandy beaches and limestone that covers its surface.

The islet is uninhabited but ancient ruins indicate that it was continuously inhabited from the Early Minoan times (3000-2200 BC) to post-Byzantine era. Due to the wealth of archaeology the island has been described as "a little Dilos". According to the Roman philoshopher Plinios, Koufonisi was known as Onesia in ancient times. The main occupation of its inhabitants was sponge fishing but mainly the production of the famous, precious, and expensive purple dye, exctracted from the gastropod Murex trunculus. Hellenistic and Roman ruins have been excavated in various oarts of the isle. They include a well preserved stone-built theatre that could seat 1,000 people, a temple, a villa with eight rooms, and a number of houses. There are also remnants of the statue of a deity at the temple. Very impressive is a series of spacious “tholos” cisterns which provided water carried from sources with built pipes. The English admiral Th. Spratt was the first to visit the island in the middle of the past century and described the ruins he spotted in detail. Due to the restricted human presence on the island, most of the antiquities are well preserved despite the thin sand that covers most of the island’s surface. In Koufonisi, there are also caves that were used as chapels and preserve engraved representations of saints, and Latin inscriptions as well as the remains of a lighthouse on the west coast, that was bombed by the Germans during the World War II.

Nowadays, the island is a haven for local fishermen, away from the strong winds and rough seas of the Libyan Sea. Many paths cross the island. One of them leads to the little chapel of Agios Nikolaos (St. Niholas), located near Pigadi beach. In Koufonisi there are around 36 stunning beaches, most with fine white or golden sand and crystal blue waters. Thousands of people visit Koufonisi during the summer. To get to the islet, there are daily crossings from Makri Gialos port. Koufonisi is also a wildlife refuge and dozens of species of migratory birds stop to rest. The entire island has been given Natura 2000-protected status. 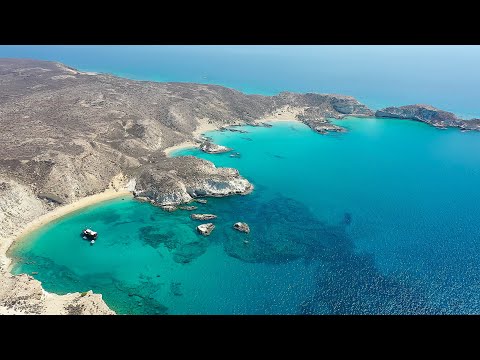