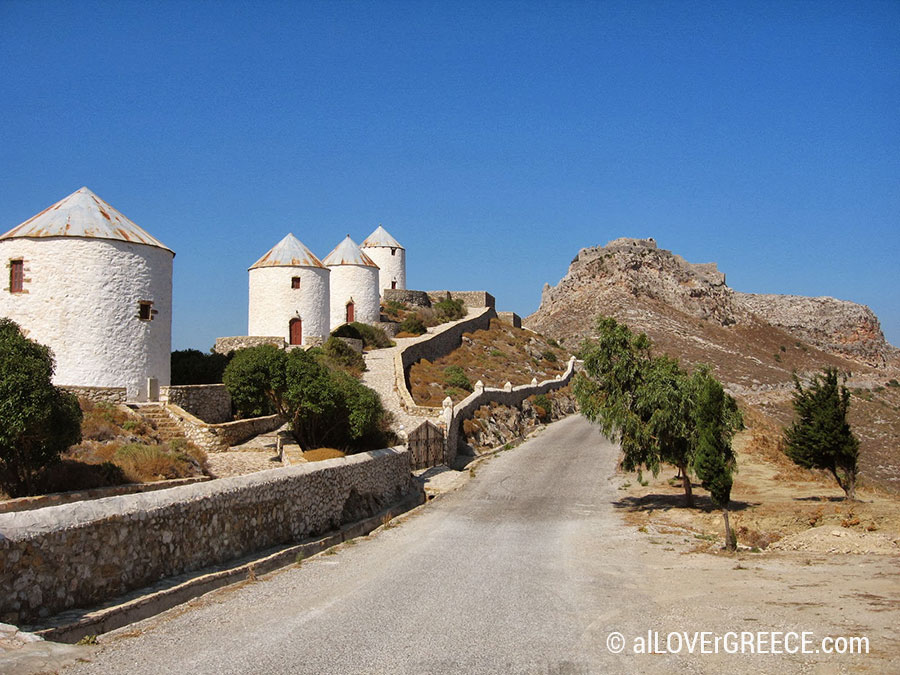 Τhere are six windmills at the top of the hill on the way up to the castle. These Mills were initially nine and they are dated back to the 17th century (the oldest) and up to the 19th century (the newest). The two of the three missing today were destroyed due to the construction of the peripheral road leading to the castle. The foundations of the third are still visible at the top of the hill, above the last mill.

The mill at the top serves as a living museum of an old mill. It has been restored exactly as it was in the old time, with a functional (still working) mechanism. The rest serve as exhibition spaces except the lower one that has been converted into a café with a magnificent view. The mills are the landmark of Leros and one of the most photographed spots on the island.