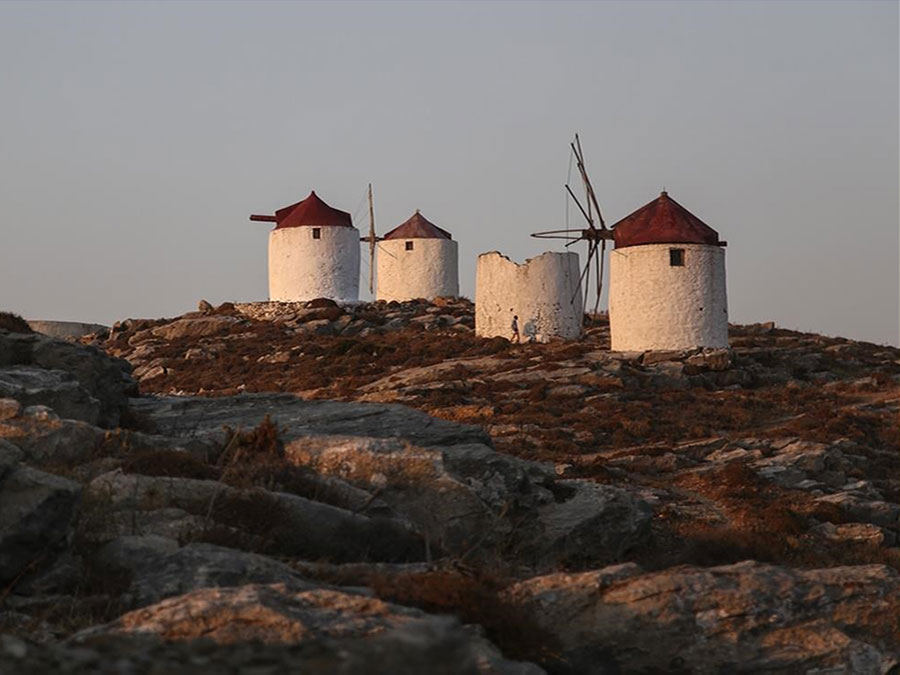 In Chora, there are some of the remaining windmills of Amorgos. Initially, seven (7) of them were located on the ridge and four (4) at the west entrance of the village. Later on, more mills were built in the ridge. Many windmills, scattered throughout the island, were operating for more than 300 years, grinding and producing flour. Each one was serving the needs of twenty to twenty-five families. Nowadays, only eleven windmills can be found around Chora, the rest have collapsed and turned into ruins.

The windmills still resist to the strong winds that blow in the Cyclades and stand there to remind the significant role they once played in the everyday life of the island. The now abandoned windmills are one of the main tourist attractions of Amorgos as they retain the charm of bygone times. From the ridge where they stand, offer amazing views to the Aegean and many people climb to the hill to enjoy a unique sunset, watching the sun literally dipping into the Aegean Sea.

The windmills of Chora are located in a panoramic position on the hill above Chora, facing the castle and the picturesque village. They have a diameter and height of 4.25 meters and a wall thickness of 1.20 meters. They were designed to work with the blowing of any wind available.