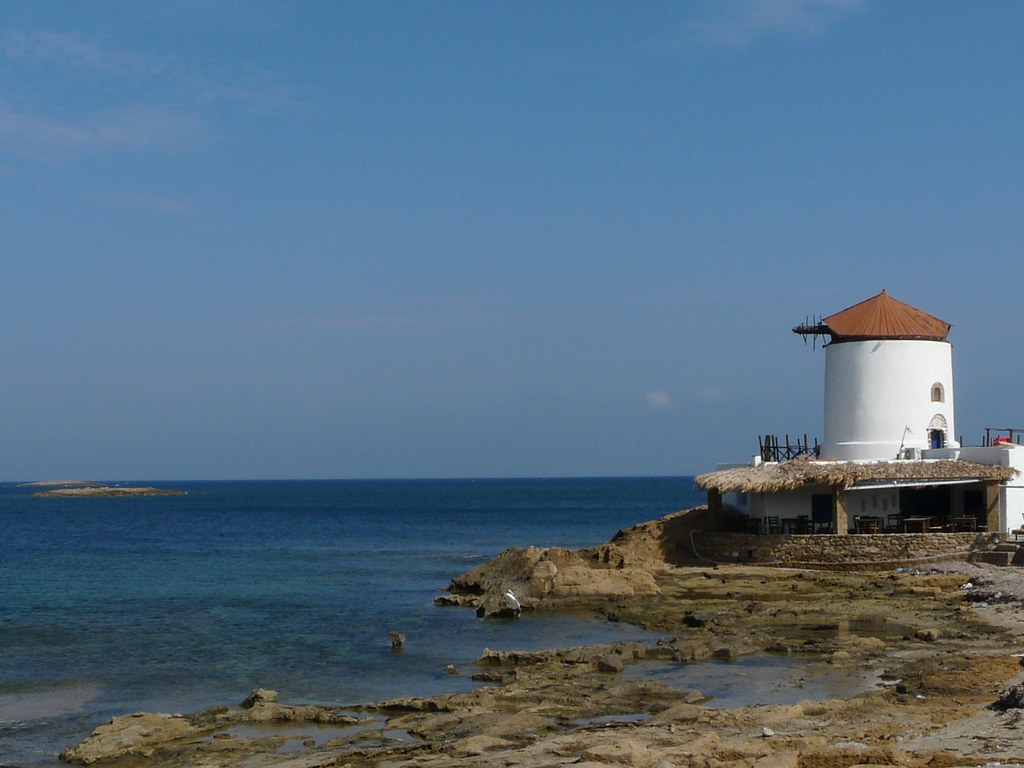 The Windmill in Pouria

The windmill is located in an idyllic corner of beautiful Skyros called​​Pouria, at the northeast side of the island. It is close to the ruins of an ancient quarry that was famous in the Roman era for the "Skyrian stone". For over 160 years the windmill served the people of the island, grinding wheat. Today, the windmill has been renovated by experienced craftsmen and serves as a restaurant. From where it stands you can enjoy an amazing sunset. The windmill can be reached very easily by car or bus. It is 3 km from Chora and 12 from the port of Skyros.