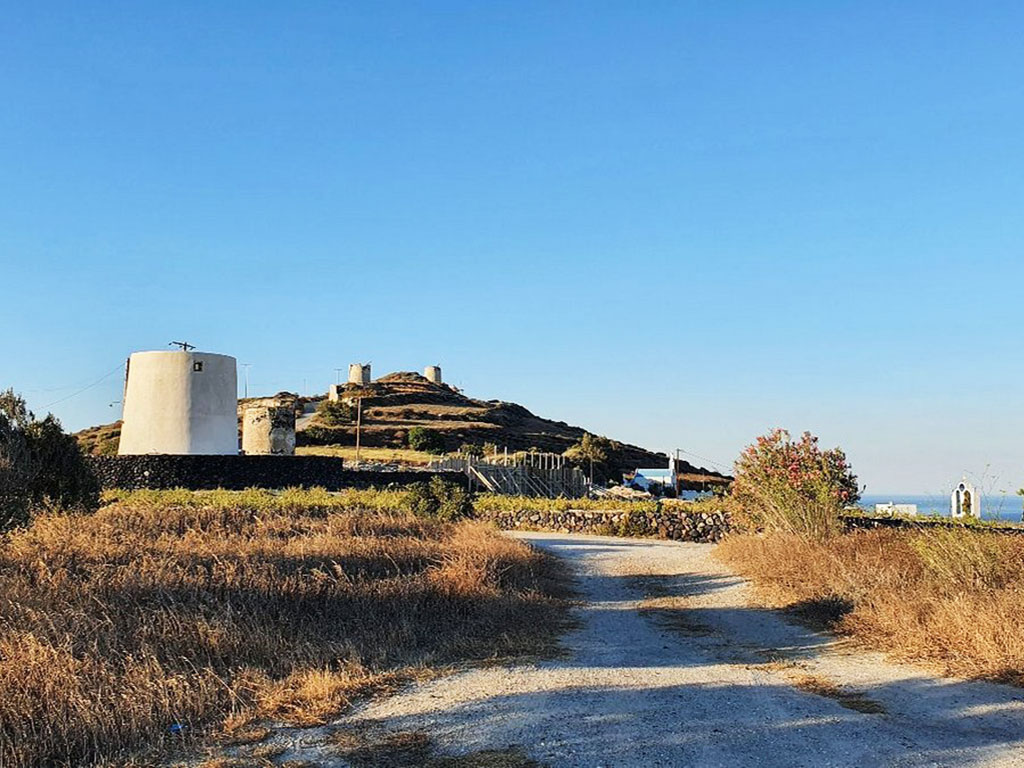 Southwest of Emporio on the ridge of the Gavrilos hill stand the ruins of eight traditional windmills of the 19th century. The windmills are in different states of repair but are all great to look at. They offer stunning views and are in a good spot to watch the sunrise or sunset. The road to the windmills is quite narrow and there aren't many areas where you can park but it is worth the effort to see at least one of these pre-industrial buildings. The windmills have been designated as historical monuments by the Ministry of Culture since August 3, 1993. Six of them have been granted to the Municipality of Thira. According to a study prepared on behalf of the municipality, two of them are planned to be restored in the future so they can function as normal windmills, one to be turned into a windmill museum, a fourth to become a traditional café, and the rest to function as shops selling traditional products.