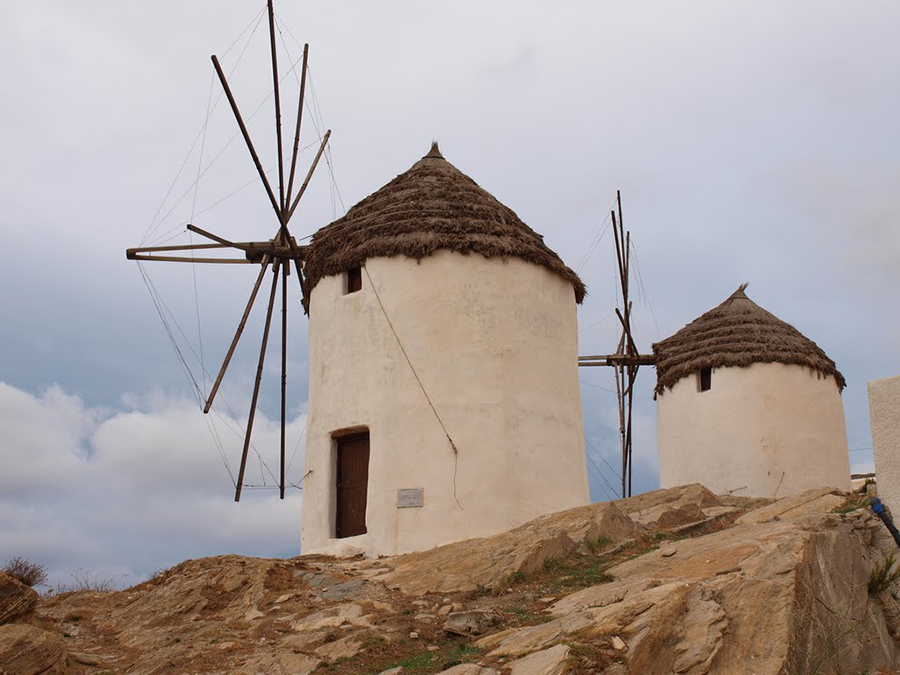 The Windmills of Ios

The traditional windmills of Ios are located on a small hill, east of Chora. The square of the Mills as it is known, is one of the most photographed spots on the island, especially at sunset. In the past there were 12 windmills in Ios, built in two rows. They were on standby around the clock and could grind 20-70 kg of grain per hour depending on the intensity and direction of the wind. The mill's fee was 10% on the produced quantity. The windmills remained in operation until the 1960s when the production declined and the mills ceased.

Like most of the windmills found on the Aegean islands, they are stone-built of cylinder shape with a conical roof mounted on a wooden frame and an upright wing with ten antennas with triangular sails. Although not all of them are preserved in their original form, they still remain impressive and one of the island's attractions. Two of them have been renovated and are in good condition while the condition of the rest varies.