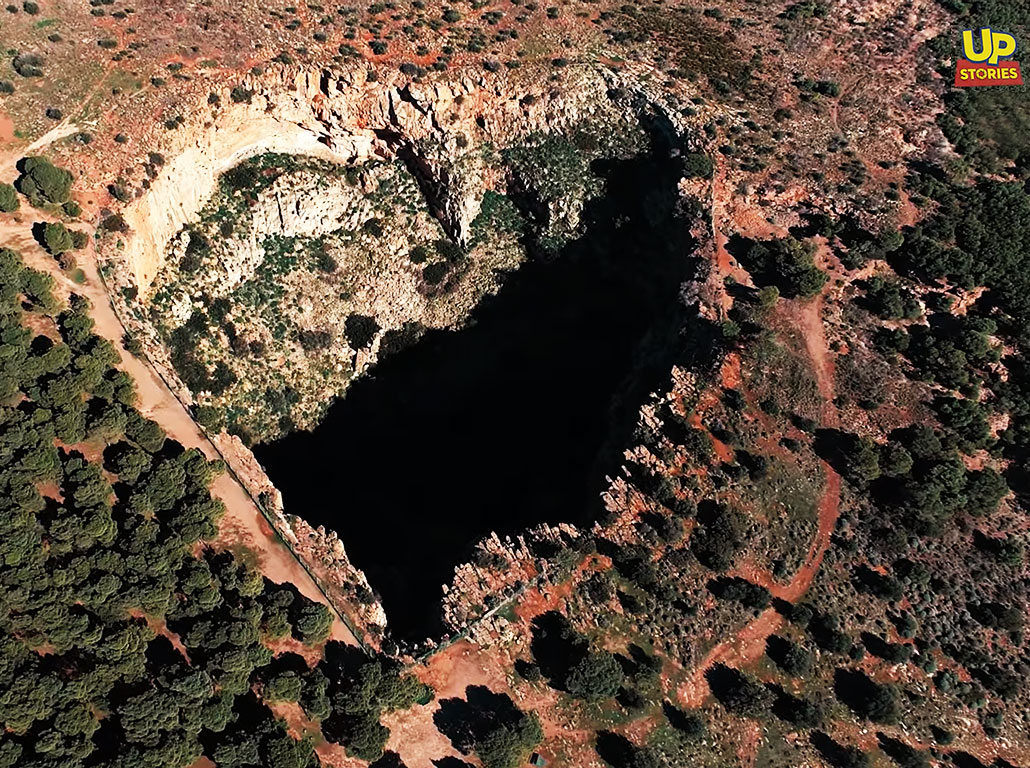 The giant crater Chaos is a rare natural monument, located within the pine-covered Sounio National Park, near the city of Lavrio. What is particularly impressive is its shape since Chaos has the shape of a heart. The crater measures 55 meters in depth and 120 meters in diameter. It is believed to have been created by a meteorite fall in the late 18th or early 19th century. However, many scientists believe that it was revealed when a cave collapsed and created a sinkhole. Whatever the truth, the spectacle is really stunning.

The interior of the giant crater is even more interesting, as metals of various types and rare rocks such as galena can be found. Galena is an ore that gave 99% silver and 1% lead. Besides, in Lavrio the first metallurgy of lead and silver in Greece took place. The crater Chaos is one of the attractions of the area and is often visited by speleologists and climbers.

The climbing at Chaos is hardcore but amazing. With 25 routes graded from 7a to 8b, and a devoted following, it is considered one of the best crags in Greece. Year-round climbing is possible, but spring, autumn and winter are best.