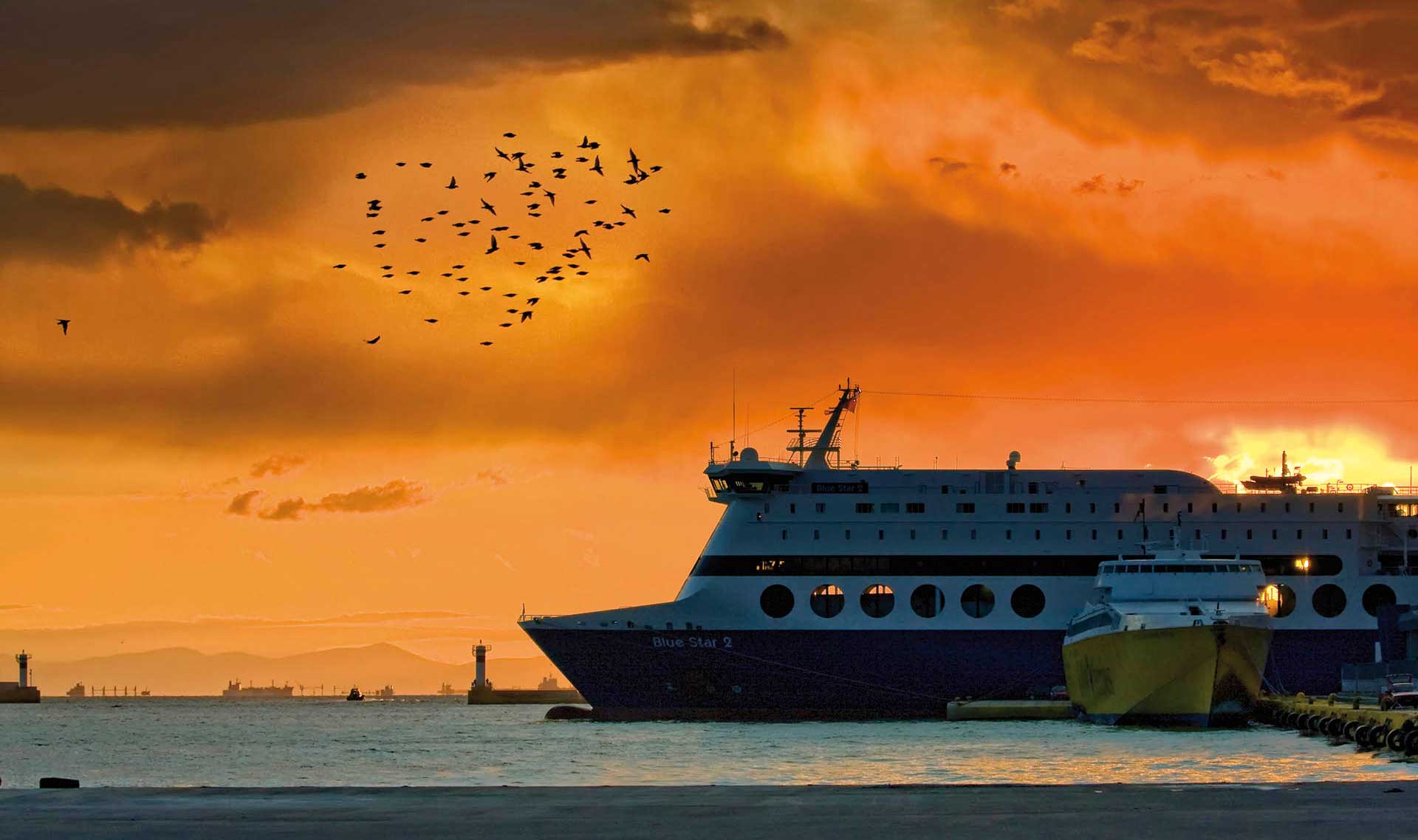 Piraeus is home to Europe’s largest passenger port and the main gateway to the Aegean islands and Crete. In addition, Piraeus port is the busiest in Europe handling 20+ million passengers per year. A plethora of destinations in Greece can be reached by ferry for the harbor, including islands in the Saronic Gulf, the Cyclades, the Dodecanese, islands on the Northern Aegean Sea as well as Kythera among others.

How to get to the port of Piraeus

From central Athens to Piraeus port

Taking the train or the bus is considered to be among the cheapest way to get from Athens to Piraeus. The port is just a half-hour ride in the 24-hour bus line 040 from Syntagma Square. Even faster is the metro blue line 3, which will take you right to the heart of Piraeus’s bustling harbor. The metro station is located right just opposite the port entrance near gate E5. Next to the metro station is the Suburban Railway Station that can transfer you to Athens Central Railway Station. Taxi: If you have a lot of luggage, limited mobility or are short on time taxi is a better option. Going by taxi will be more comfortable but also more expensive. A taxi from central Athens to Piraeus will cost €25 - €30.

From Athens airport to Piraeus port

Direct Airport Express bus route X96 runs 24/7 between the port and Athens International Airport. Buses depart every 20-30 minutes and the journey takes approximately 1 hour depending on the traffic. The bus stop at Athens airport is located immediately outside the Arrivals level exit doors. Buy tickets at the kiosk to the right of the buses. Bus schedule from Athens to Downtown and Ferry Port is displayed both inside and outside the terminal. However, the metro is the easiest way to get from the airport to the port. The trip takes 55 minutes and takes you directly to the heart of Piraeus. The route is serviced by the blue line 3. You can also travel by the suburban railway. Trains depart every hour and the journey takes an hour. The ride with a taxi takes usually 45 minutes to 1 hour and the cost is around €50 during the day and about €65 at night (00:00-05:00).

Shuttle bus within the port

Free shuttle buses go around the port to take you to the various terminals or gates. Buses depart from the port’s main entrance E5 which is located opposite the metro station. Schedules are displayed on the electronic board at the bus stop.

Parking inside the port is prohibited. You can park either in a private car park or in a gas station that offers parking facilities. The closest parking to the port is the OLP Parking Station at Karaiskaki Square. There is one more parking lot 400 meters further down near the church of Agios Nikolaos.

Piraeus cruise port is both homeport (turnaround port for roundtrip itineraries) and call port on various Eastern Mediterranean itineraries to ports in Italy, Greece, Turkey, Israel and Egypt. Cruise ships use the two gates at the far south end of the port – E11 and E12. Unfortunately, there is not a train station located within the cruise port, so you will have to walk roughly a mile from the terminal to get to the station or you can take a taxi or a bus.

If you need to catch an early morning ferry, you may choose to stay near the port of Piraeus. The port is located close to the center of the city where you can find all kind of shops and facilities. If you have some time to spend, Piraeus has some beautiful neighborhoods you can visit such as Kastella,  Mikrolimano, Pasalimani, Marina Zeas and Piraiki. Piraeus has many hotels generally very reasonably priced. The city essentially has something for every budget and travel style. 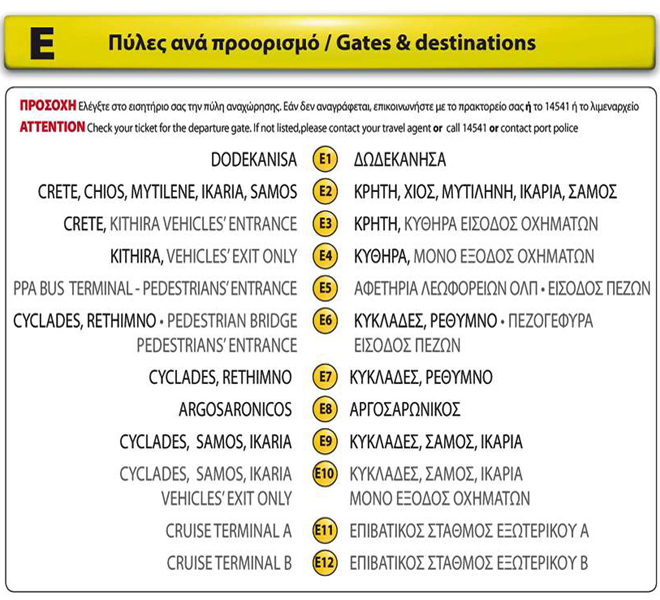