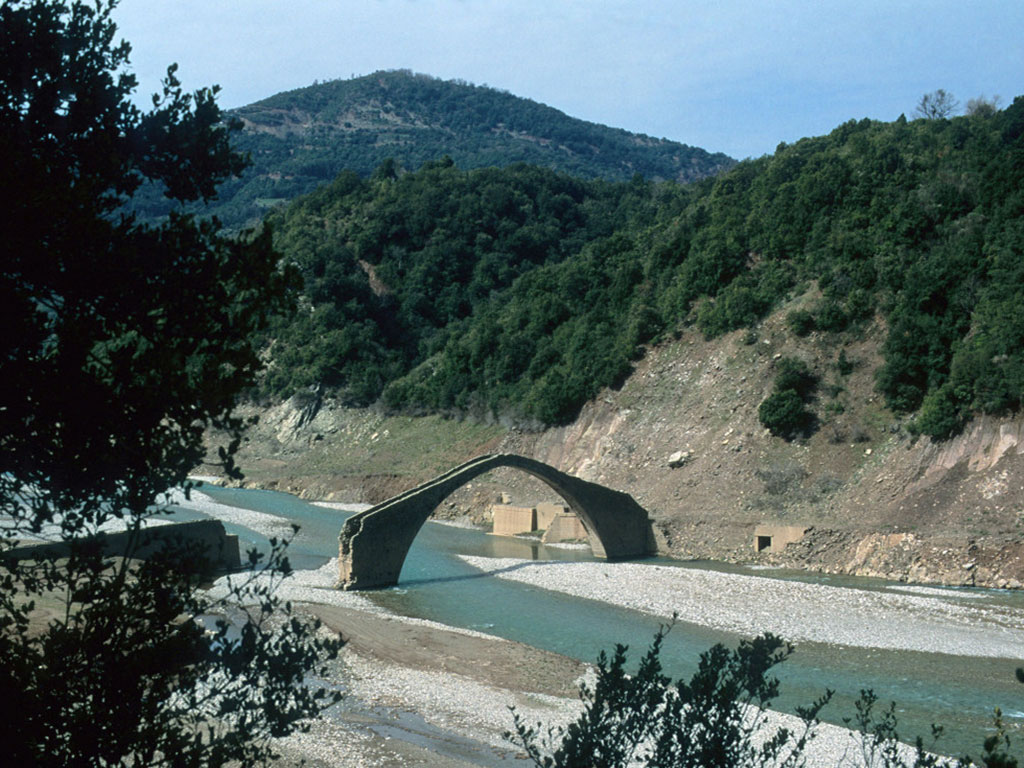 The stone bridge of “Manolis” is the last of the bridges over Agrafiotis River, located near the spot where the river is meeting Kremaston Lake, approximately 55 kilometers away from Karpenisi. This magnificent bridge offered safe passage from Evrytania to western Central Greece for almost 350 years. Although, it is no longer serve hikers, it is a piece of folk architecture and one of the area’s highlights.

It is a single arched bridge which almost all year is underwater and only part of its arch may be visible, except the summer months when the water level drops and the whole bridge is visible again. According to an inscription it was built in 1659, by Dimitrios and Manolis. There is no information regarding Dimitrios but Manolis Chrysiotis was a craftsman from Epirus, who had settled with his wife Paraskevi in the village of Dafni (Koufala). The couple didn’t have any children, so Manolis considered the bridge as his son and the churches of Agia Paraskevi in Chryso and Agia Paraskevi in Vragiana, built by the same man, as his daughters.

Another legend tells that the construction of the bridge was assigned to Manolis by the King of Angelokastro. During the construction, the bridge was constantly falling, so the craftsman was in danger of being executed by the king. The king's daughter who was in love with Manolis, jumped into the deep waters of the river and suicided. Manolis, desperate for the loss of his loved princess, also fell into the river and drown.

In 1807, the bridge was the battlefield between the Greeks and the Turks. In the battle, 80 Turks and 10 Greeks were killed, among them the godfather of the Greek fighter Katsantonis, at the age of 75. 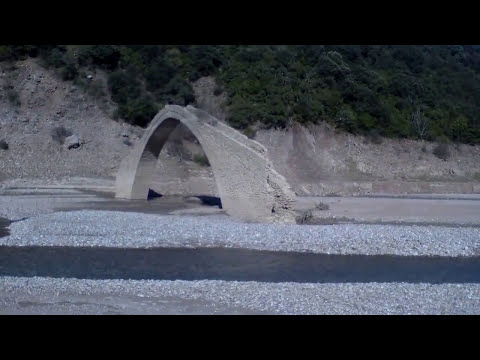