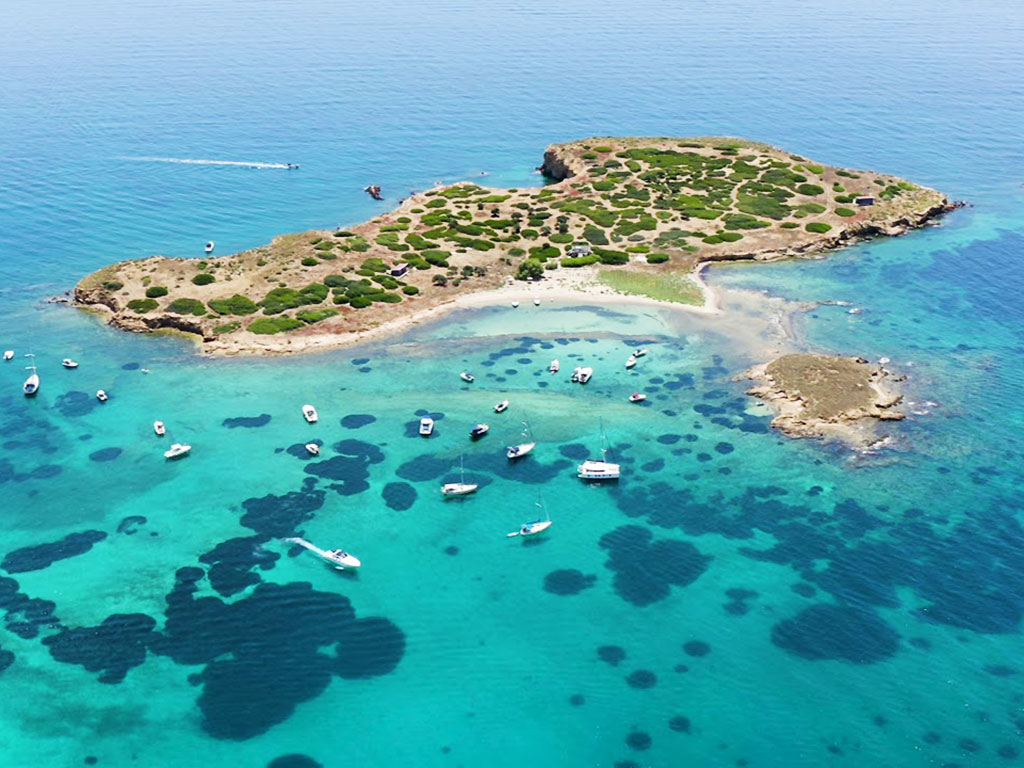 Hydrousa or Katramonisi is a 57 acres island at a short distance of 0.7 nautical miles from the beach of Voula, and 1.5 from the  cosmopolitan seaside Vouliagmeni. It has two beaches, each about 100 meters long, which get very crowded during the summer months. The short distance from the coast of Attica, known as Athenian Riviera in combination with the clear blue waters, make it an ideal destination for a short trip by boat. Although unknown to many, it is a popular spot for boat owners who do not want to miss the opportunity to visit its paradise beaches for swimming and relaxation. It is worth mentioning that on the islet there are dozens of rabbits.

The island is suitable for exploration as it hides many secrets. On the islet there is an impressive shelter of World War II. An intricate complex of underground corridors carved into the ground, with tunnel passages, built-in rooms, ammunition storage facilities, a tank, and an underground balcony overlooking the Saronic Gulf as well as a fortification network with trenches, cannonballs and multi-firing positions. The shelter covers a very large area of ​​the island and is located at a depth of about 8 meters from the surface.

It is not known whether the shelter was constructed by the Germans, or whether it was one of the naval forts built by the Royal Navy during the interwar period, in order to protect the most important ports of the country (Piraeus, Thessaloniki, Chalkida and Patras) from enemy surface ships and submarines. It is most likely to have been built by the German forces, for the protection of the coasts, in cooperation with the other coastal and land fortifications in the area. 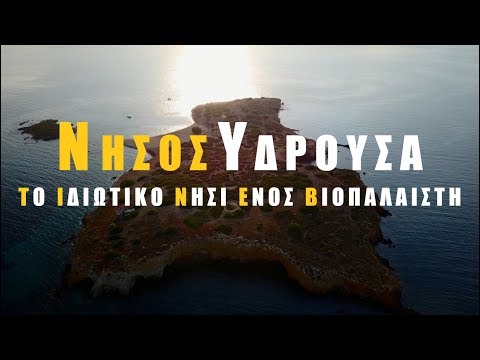