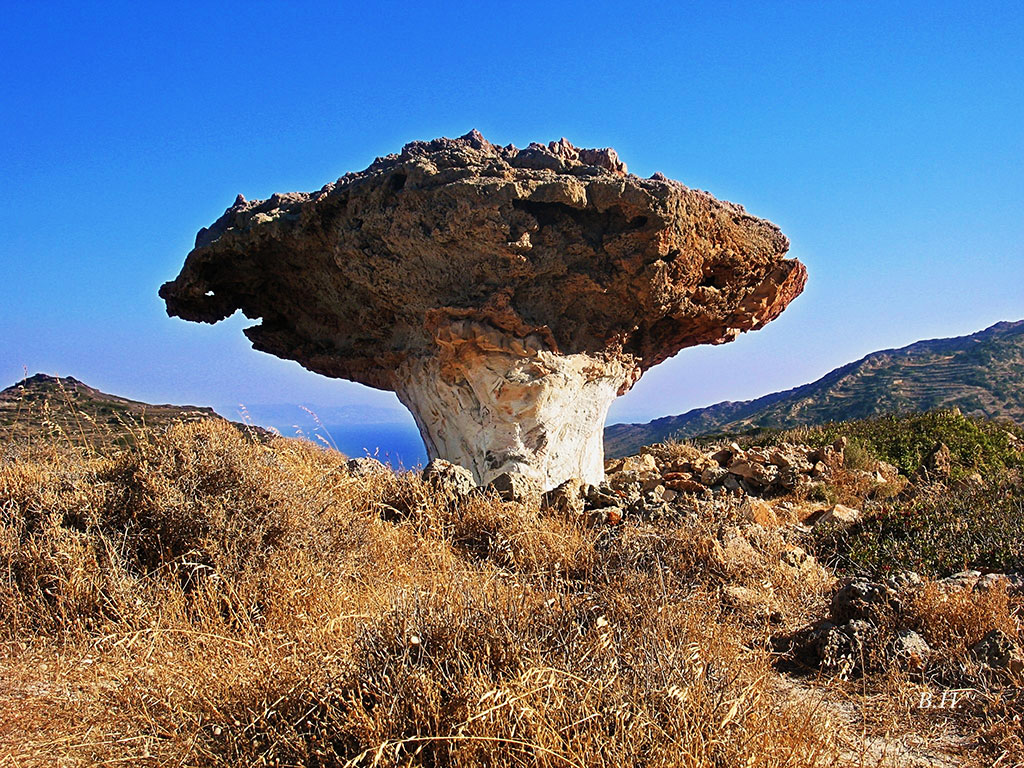 Skiadi is a natural monument which  looks like a huge "stone mushroom" and is listed in the Atlas of the Aegean Geological Monuments. It is a rare, impressive monument due to its size and shape. Skiadi is located in the northwestern part of Kimolos, west of the Sklavos hill, at an altitude of about 260 meters and is the trademark of the island. It is in the middle of a barren plateau with wonderful views to the southwest and west coasts of the island (Ellinika, Mavrospilia, Athinia).

“Skiadi” owes its creation to the various rocks that is composed of and the very strong winds that blow in that area. The softer rock that lies at its basis is corroded by the wind, which transfers dust or grains of sand. The result of this process is that the basis slowly becomes narrower and narrower while the top, which is harder, remains almost intact.

There is a hiking path that leads to Skiadi, which starts from Chorio. The walking time is approximately 70 to 90 minutes. If you plan to walk the path, it is suggested to have with you water, hat, sun cream and to wear sneakers suitable for long walks.