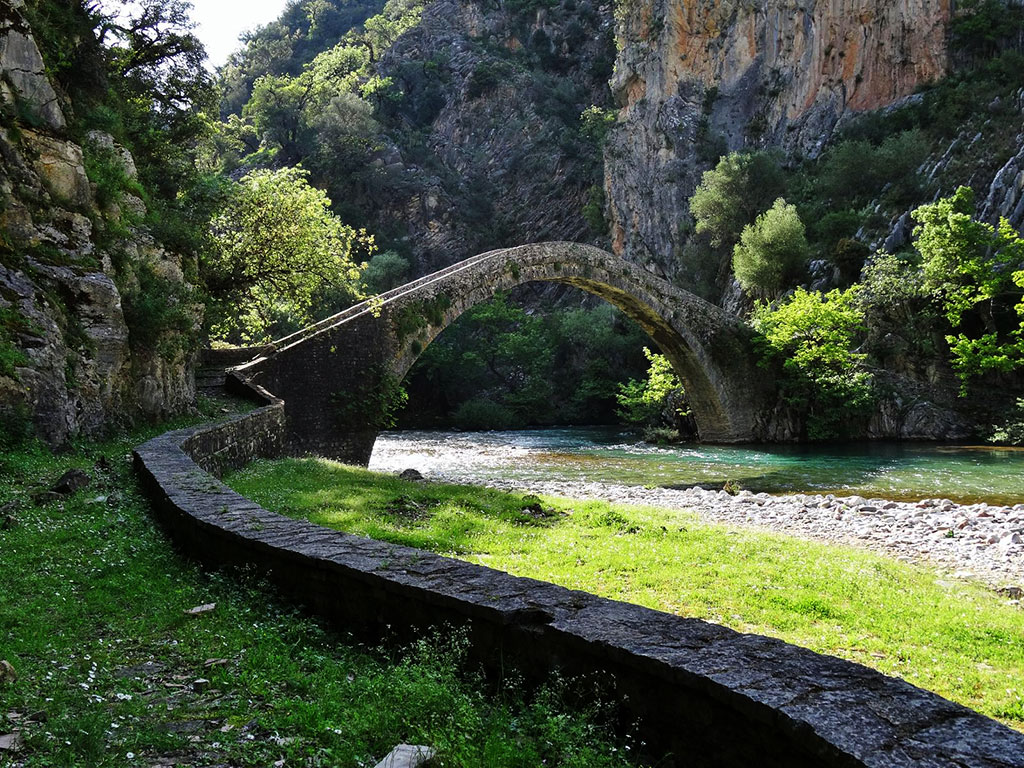 The bridge of Artotiva, also known as the "Kamara", is a reference point for the locals and an integral part of the history, the economy and the social life of the wider region. It is one of the oldest surviving stone bridges in Etoloakarnania region and one of the oldest in Greece as well. It is built at the narrowest point of the river, just before meeting the tributary of Kotsalos, on the old path that connects Kato Chrysovitsa with Achladokastro, formerly Artotiva. In the summer the passer could cross other parts of the river but during the winter when Evinos had a lot of water, the bridge was the only passage.

It served as the communication road between the mountainous hinterland of Nafpaktia with the plain of Trichonda and Messolongi until the 1950s, when the new Thermo-Platanos road was built. There are no written testimonies about its exact date of construction. According to local traditions it was built during the Venetian occupation (1407 - 1499). However, the way of its construction shows the characteristics of the Epirus bridges of the Ottoman era. Most probably the bridge in its present form must have been constructed in the second half of the 18th century. Due to its strategic position, it was the theater of many important battles during the Turkish occupation and the Greek Revolution of 1821. The last major battle was given on 11 October 1943.

It is a single-dome bridge, built by irregular stones connected with very strong mortar. The bridge has a parapet of 0.60 meters height on both sides and the cobbled path continues on both sides with a parapet that protects its side to the river. It has been characterized by the Ministry of Culture as a historical monument, due to its historical and architectural significance. You can either reach the bridge from a dirt road or on foot, following the trail that starts from the village of Kato Chrysovitsa.