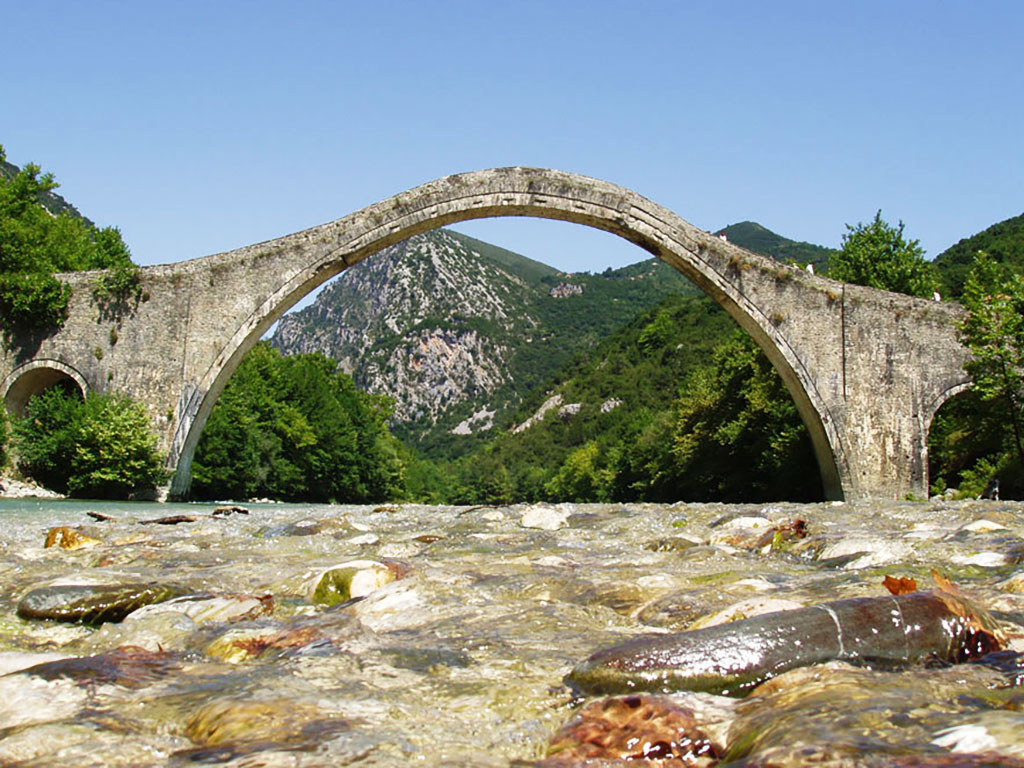 The stone bridge of Plaka, is built over Arachthos River and is the most impressive of its kind in Epirus as well as one of the region’s most important landmarks. It is the largest single-arched stone bridge in the Balkans, and the third largest in Europe. It stands in an idyllic location on the borders of the Prefectures of Arta and Ioannina at the end of the Arachthos Gorge. Its stone arch spans 40 meters and has a height of 21 meters.  It also had two small auxiliary arches, 6 meters (20 ft) each, on its two sides. It was considered one of the most difficult, single-arched bridges to construct.

It was constructed by the banker Ioannis Loulis, nominated Ziogas Frontzos in 1860. While they were celebrating the end of the construction, the bridge collapsed. In 1866, the bridge was rebuilt in its current form by Kostas Bekas, after two unsuccessful attempts by other builders. The construction was sponsored by the local communities. Until 1913, it was on the border line between Greece and the Ottoman Empire, serving as one of the two mainland entrances to Greece.

The bridge was bombed by the Germans during World War II but withstood the bombing with minor damage. Part of the arch and the east pier of the bridge collapsed on February, 1, 2015, after a heavy storm which caused the Arachthos river to overflow. That disaster shook the whole country, and the request for restoration was massive. The rehabilitation work was completed in July 2020, with the collaboration of the Ministry of Infrastructure along with the National Technical University of Athens. It was delivered to public after being observed by specialists in how well it survives the difficult weather conditions. The bridge once again connects the Tzoumerka mountains with the Kastanohoria villages in the region of Epirus.

The bridge of Plaka has great historical significance for Greece, therefore it has been listed as a protected historical monument. 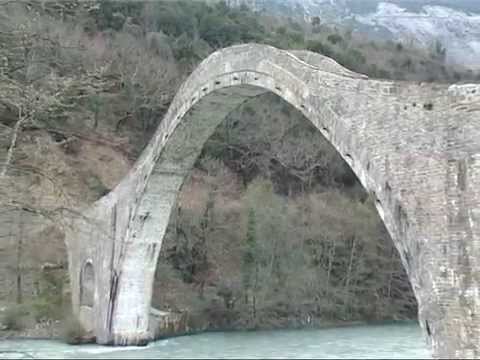